Oldest Surviving Book in the Americas On View at Getty 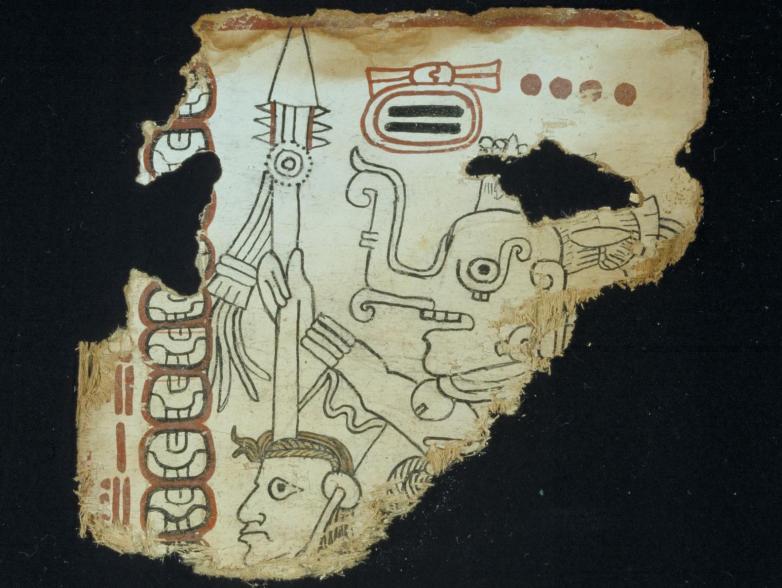 Painted by a single artist, the Códice Maya de México is the oldest surviving book in the Americas and records the movements of the planet Venus across its cycles as Morning and Evening Star, a journey reckoned to take 584 days from the vantage point of Earth and calculated in this book across 104 years. It would have been the guidebook of a community’s spiritual leader.

The codex, on special loan from Mexico City’s Biblioteca Nacional de Antropología e Historia, has only been shown rarely before: in 1971 at the Grolier Club in New York in an exhibition entitled The Maya Scribe and His World, and twice at the Museo Nacional de Antropología in Mexico City. Andrew Turner, exhibition curator and senior research specialist at the Getty Research Institute, said, “We are thrilled to be able to show this important work for the first time in the U.S. in 50 years.”

“The importance of this special loan from Mexico cannot be overstated and Getty is extremely fortunate and grateful that our colleagues in Mexico have entrusted us with its display,” said Timothy Potts, Maria Hummer-Tuttle and Robert Tuttle director of the J. Paul Getty Museum. “Home to the largest Mexican diaspora outside of Mexico, this loan is a gift not only to our Getty visitors but to the city of Los Angeles.”

On view through January 15, 2023, the display of the codex will highlight the sophisticated calendrical content and Indigenous ways of understanding the cosmos, a contextualizing glimpse of the tumultuous Mesoamerican world circa AD 1100, and art historical and scientific means through which international scholars were able to authenticate the book in 2018.

“The exhibition draws attention to the intellectual and artistic achievements of ancient Indigenous peoples of the Americas,” says Mary Miller, director of the Getty Research Institute. “It critiques and de-centers notions that science and mathematics were under the strict purview of European cultures in advance of the next Pacific Standard Time initiative, Art x Science x LA.”

Having a complicated history, international scholars were only able to authenticate the book in 2018. For decades it was considered a forgery, owing in part to its uniqueness and to the mysterious circumstances in which it appeared in a private collection in Mexico in the mid-1960s. Thanks to recent scientific investigations, it is now considered the oldest of only four surviving books made by the Maya before the arrival of Europeans.

“It is with pride that Mexico will be present at the Getty Museum through this majestic piece, that will be admired, in its entire splendor, by thousands of people,” says the Consul General of Mexico in Los Angeles, Ambassador Marcela Celorio. “This manuscript represents for Mexico a document that reflects history and the symbolism of our ancestors. Housing this piece in the Getty Museum symbolizes for Mexicans a pride of pre-Hispanic roots.”

The Códice Maya de México will be on view through January 15, 2023, at the Getty Center Museum. The exhibition is curated by Andrew Turner, senior research specialist at the Getty Research Institute, with assistance from consulting curator Elizabeth Morrison of the Department of Manuscripts at the Getty Museum. Accompanying this exhibition is a catalogue, which will be published in English and Spanish editions.