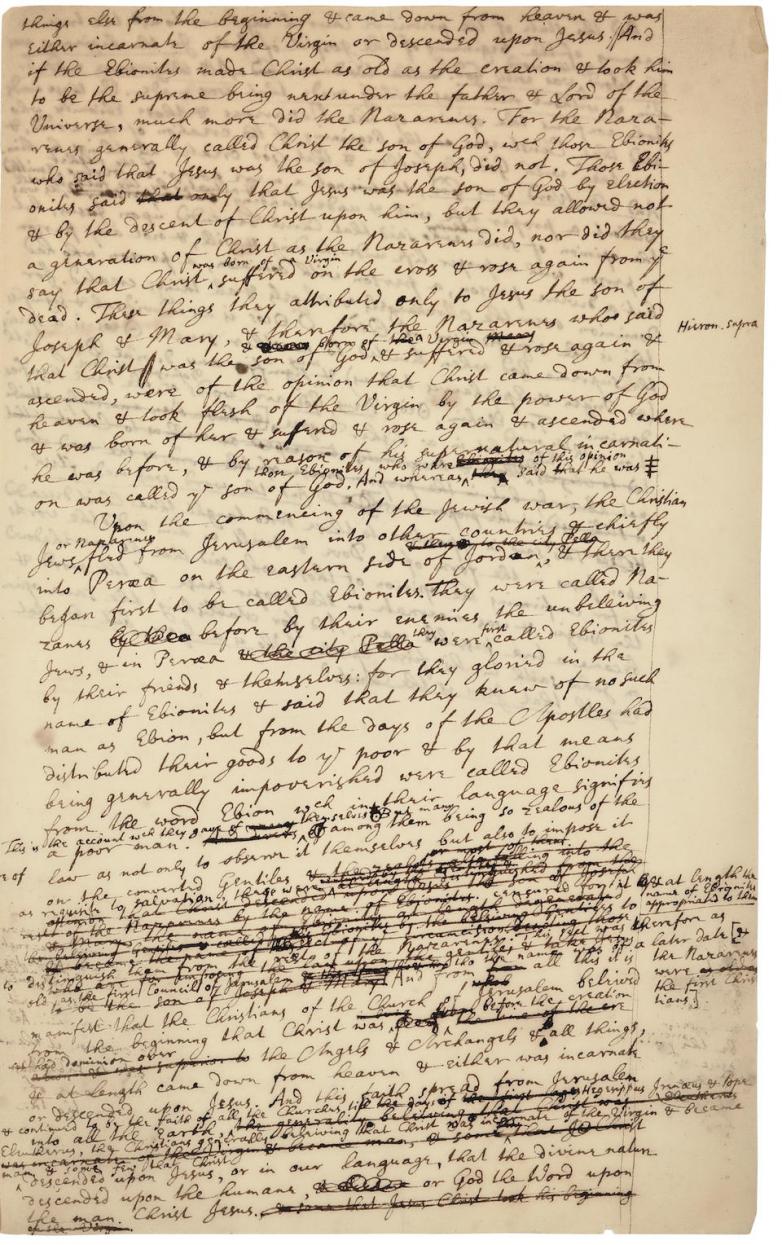 New York − An important handwritten Isaac Newton manuscript exploring the nature of God and creation sold for $106,325 at the Fine Books and Manuscripts Sale on March 6 in New York. It had an estimate of US$100,000-150,000. Extensively reworked, underlined and amended, this manuscript speaks directly to the relationship of God and Christ through the lens of the gospel of John, shedding light on the philosophical underpinnings of his monumental Principia – one of the most important works in the history of science – in which he expressed his theory of universal gravitation. With nearly all of Newton’s manuscripts now permanently in institutions, this manuscript was one of the most important remaining in private hands.