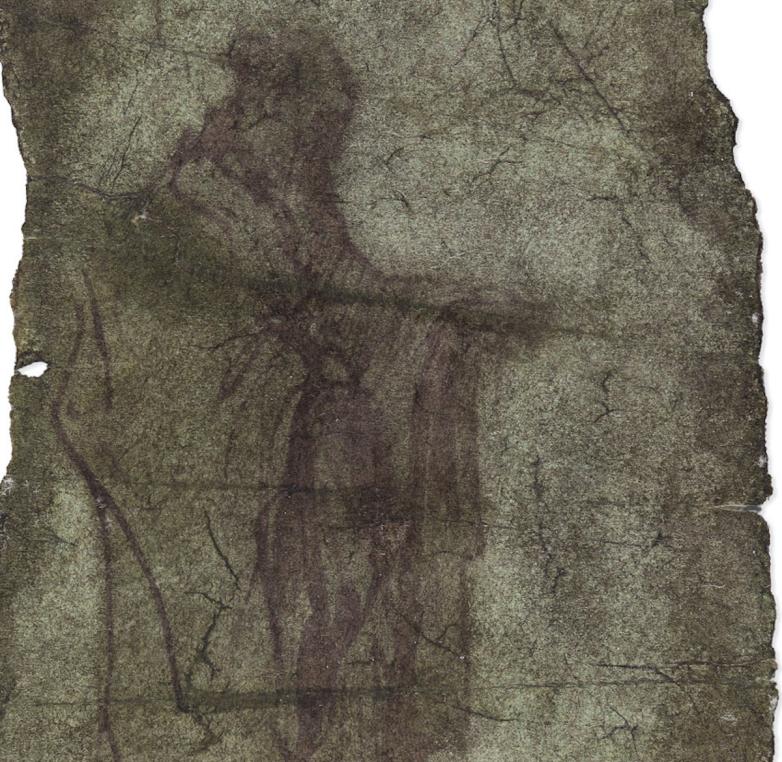 New York — The Thursday, April 28 offering of Old Master Through Modern Prints at Swann Galleries will feature iconic images from the late fifteenth century through the mid-twentieth century.

The Old Masters selection is anchored by a newly discovered, recently attributed drawing by Rembrandt van Rijn ($30,000-50,000). The drawing—Study for a Prophet or Apostle (St. Peter), pen and ink and wash on blue laid paper, circa 1634—is now thought to be the original version of another drawing of the same subject previously catalogued several decades earlier as a drawing by the artist by scholar Otto Benesch.

The rich assortment of Old Master prints includes lifetime impressions by Albrecht Dürer, Giovanni B. Piranesi, Francisco José de Goya, as well as Rembrandt, alongside an array of fine examples by artists such as Pieter Bruegel, Hendrick Goltzius, Claude Lorrain, Antonio Canaletto, and the German “Little Masters”: Albrecht Altdorfer, Hans Sebald Beham, Heinrich Aldegrever and Georg Pencz. Highlights include Dürer’s The Nemesis, engraving, circa 1501-02 ($70,000-100,000); Rembrandt’s early Self Portrait with a Raised Sabre, etching, 1634 ($30,000-50,000); and Canaletto’s View of a Town on a River Bank, etching, circa 1740 ($5,000-8,000).

The sale is led by Pablo Picasso’s chef-d’oeuvre etching and drypoint Le Repas Frugal, 1904 ($100,000-150,000). Though the plate for this print was completed in 1904 and Picasso made some initial proofs, it wasn't published as an edition until 1913 when Picasso's then art dealer, Ambroise Vollard, purchased the plate and steel-faced it. The print on offer is part of the La Suite des Saltimbanques, along with 11 other drypoints and two additional etchings created by Picasso between 1904 and 1906.