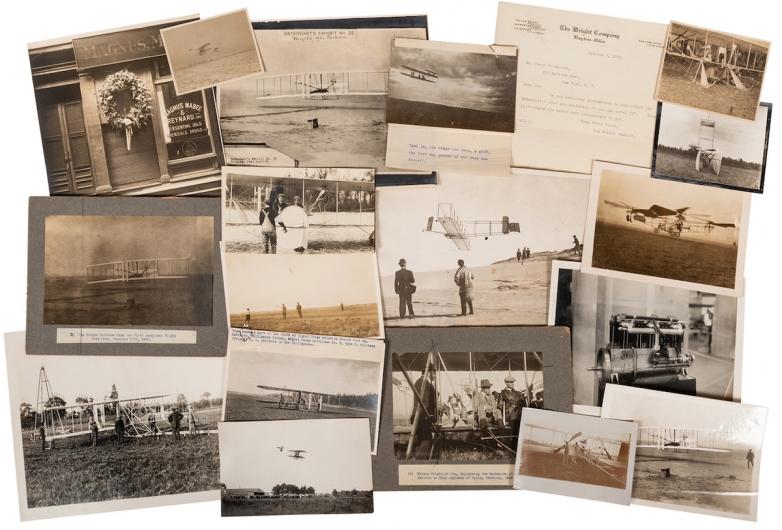 Chicago — Potter & Potter Auctions is pleased to announce this can't miss event sale to be held on Saturday, October 10th, 2020 starting at 10am at the company's gallery, located at 3759 N. Ravenswood Ave., Chicago, IL 60613. This event will be conducted entirely online, streamed live from Potter & Potter's gallery, and held on www.potterauctions.com. Bids can be placed on the company's website. Phone and absentee bidding are available as well. All lots are available for preview now on Potter & Potter's website.

Breathtaking antique books spanning three centuries take several of the top slots in this important sale.
•    Lot #6, a second edition of Charles Darwin's On the Origin of Species by Means of Natural Selection, or the Preservation of Favoured Races in the Struggle for Life, is estimated at $8,000-10,000. It was published in 1860 in London by John Murray. This example has an 1860 imprint and “fifth thousand” on title page; in actuality 3,000 copies were printed bringing the total to 4,250. Roughly two copies of the first issue exist with an 1859 imprint.
•    Lot #231, a copy of Gaius Julius Caesar's The Commentaries printed in London in 1712 by Jacob Tonson is estimated at $7,000-9,000. This 560 page folio was edited by Samuel Clarke and includes the double-page plate of the bison, which is usually lacking.
•    Lot #13, Thomas Hawkins' The Book of the Great Sea-Dragons, Ichthyosauri and Plesiosauri…Extinct Monsters of the Ancient Earth from 1840 is estimated at $3,000-4,000. This first edition was published in London by W. Pickering and features thirty plates copied from skeletons in the author’s collection of fossil organic remains.

These more modern book selections are also certain to be best sellers.
•    Lot #644, a four volume limited edition folio on Abstract Expressionism produced by the Tiber Press in 1960, is estimated at $4,000-6,000. This outstanding and important post-war American artist book features collaborations between four of the most influential American poets of the second half of the twentieth century, and four important second-generation New York School artists. These include Jon Ashbery's The Poems with prints by Jan Mitchell, Frank O'Hara's Odes with prints by Michael Goldberg, Kenneth Koch's Permanently with prints by Alfred Leslie, and James Schuyler's Salute with prints by Grace Hartigan. Each publication is signed by the author and artist.
•    Lot #359,  a first edition, first printing of William Faulkner's The Sound and the Fury, is estimated at $2,500-3,500. It was published in 1929 in New York by Jonathan Cape and Harrison Smith. It includes its original second issue dust jacket with no printed price on its front flap; only 1,789 copies of this absolute rarity were issued.
•    Lot #667, a first edition, first printing of Walker Evans' American Photographs, is estimated at $1,500-2,500. This example, in excellent condition, was published in New York by The Museum of Modern Art and is one of 5,000 copies printed. This book is considered to be one of the foremost American photography books and the first to be devoted to the work of a single photographer.

This event presents a number of once-in-a-lifetime archives documenting the history of flight and other aerodynamic accomplishments.
•    Lot #905, an Orville and Wilbur Wright photo archive from c. 1904-1915, is estimated at  $6,000-7,000. This collection is from aviation writer and historian Henry Woodhouse and includes 62 Wright brothers photos and a letter of provenance from the Wright Company of Dayton, Ohio.
•    Lot #796, Woodhouse's massive collection of aviation related materials from c. 1904-1930, is estimated $5,000-7,000. This assemblage includes 425 vintage photographs of various airplanes, aviation pioneers and events, and Woodhouse-related documents, publications, magazines, and other correspondence to and from high profile people and institutions.
•    Lot #841, a Glenn Curtiss photo archive, is estimated at $3,000-4,000. Curtiss was a "founding father" of the U.S. aircraft industry. This collection includes about 85 photos, with images including Alexander Graham Bell’s A & H Cygnet II, Curtiss with Augustus Post, Augustus Post’s Curtiss biplane, squadrons of Curtiss biplanes, and a set of Curtiss passenger hydroplane construction research department photos from 1916, among many others.

Curated selections of fine art also frame this sale in a most eye-catching way.
•    Lot #581, William Adolphe Bouguereau's beautifully rendered Study of the Head of a Brunette Woman is estimated at $12,000-18,000. This signed, pastel on board work includes its original Galerie Drouant–David and Galerie Percier Paris gallery tags.
•    Lot #630, Pablo Picasso's Le Pigeonneau is estimated at $10,000-15,000. This hand colored and signed artist proof from 1939 was printed in Paris by Robert Blanchet. It is one of only a few artist proofs from the deluxe edition (out of 226) of 40 Dessins de Picasso en Marge du Buffon. It is accompanied by two letters of authenticity.
•    Lot #645, an original steel-tip fountain pen on trimmed paper sketch drawing by Henri de Toulouse-Lautrec from the late 1800s is estimated at $4,000-6,000. This piece is signed four times by the artist - including two monograms - and is affixed to trimmed cardstock with a red stamp from the famed Goupil & Cie art gallery.

This remarkable sale comes full circle with exciting selections of maps, manuscripts, ephemera, and other fascinating paper-based materials.
•    Lot #281, a food map of the USA sponsored The Great Atlantic & Pacific Tea Co. (A & P) and illustrated by Louis Delton Fancher is estimated at $800-1,200. This impressive work was produced for the 1933 Chicago World's Fair and shows the part played by each of our States in supplying the Nation’s larder.
•    Lot #527, an original broadside for Leonard Bernstein and the New York City Symphony for their 1945-1946 season is estimated at $1,500-2,000. The poster advertises “vital music old and new superbly performed under a stimulating young conductor at prices within reach of all” and notes F.H. LaGuardia as the president of the New York City Symphony.
•    Lot #331, Charles Bukowski's original, four paged typed manuscript for The Days Run Away Like Wild Horses Over the Hills is estimated at $4,000-6,000. This c. 1958/60 work was presented to Bukowski’s first publisher with an inscription and an original drawing.
•    Lot #569, a set of four all original Sears Roebuck catalogues from 1928–1931, is estimated at $300-400. This group is one of 550 copies distributed to “larger libraries throughout the nation with the hope that they will prove valuable books of reference to future generations.”

According to Gabe Fajuri, President at Potter & Potter Auctions, “This is our largest and most diverse book and manuscript sale to date. With dozens of highlights across nearly as many categories, it's hard to choose a favorite lot. I expect strong, competitive bidding across the board on October 10."

Given current public health regulations, all scheduled upcoming events will be live streamed from the company's Chicago gallery and all bidding will take place online through Potter & Potter Auctions' website. Phone and absentee bids are also welcome. No live, in-person auction previews are available; all lots from any auction can be viewed on the company's website starting approximately three weeks prior to each sale. For more information, please see www.potterauctions.com.  Follow us on Facebook (potterandpotterauctions) and Instagram (potterauctions).