Movie Poster for The Invisible Man Sold for $182,400 at Heritage 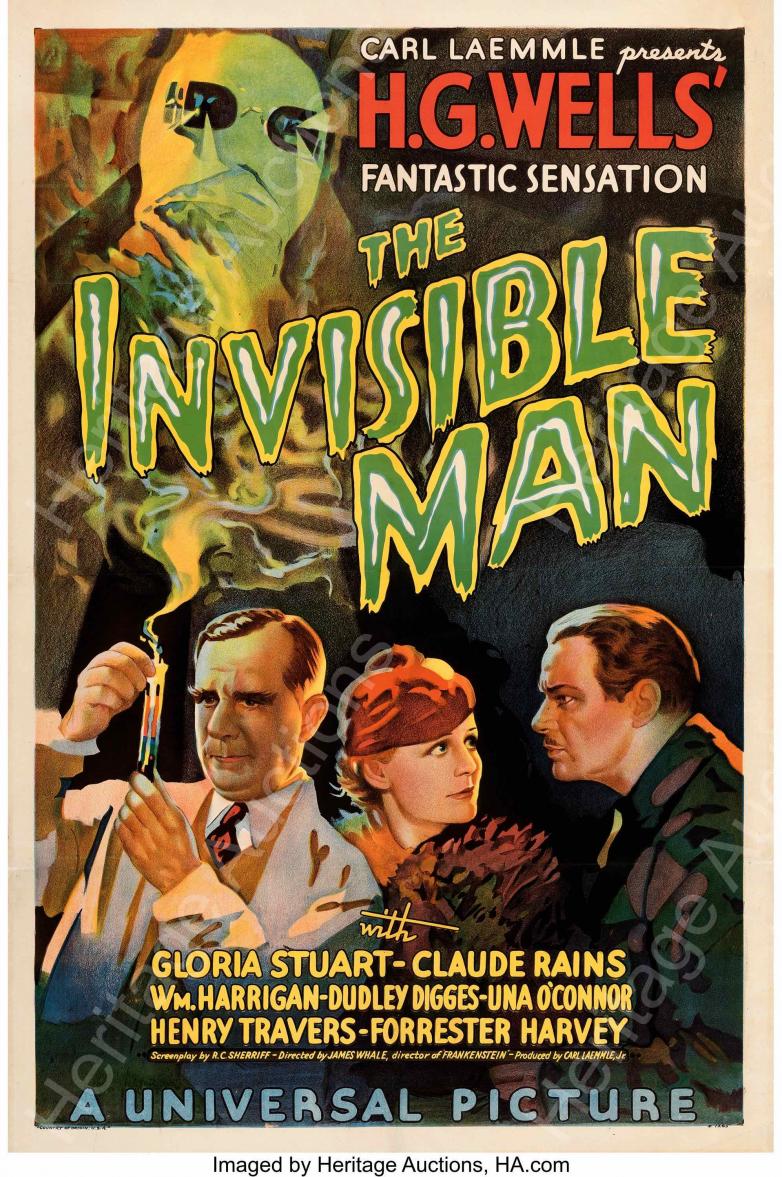 Dallas, TX – A rare movie poster for the 1933 classic film, The Invisible Man, disappeared Saturday night for $182,400 at public auction. The sale coincided with the 2020 remake, starring Elisabeth Moss, which became among Hollywood’s first to go the route of video on demand.

Expectations that it could reach $125,000 were shattered quickly during the bidding at Heritage Auctions. The vintage poster for the famous Universal monster movie is one of just a small handful of examples to exist. Heritage Auctions’ movie poster sale cleared $2.64 million by Sunday evening.

H.G. Wells’ concept for a crazed scientist turned invisible is holding well with today’s viewers. The 2020 remake of The Invisible Man is popular with fans and critics with Rotten Tomato scores of 92 percent with critics and 88 percent with viewers.

“Even in these troubled economic and uncertain times, this was a big success,” said Grey Smith, Director of Posters at Heritage Auctions.