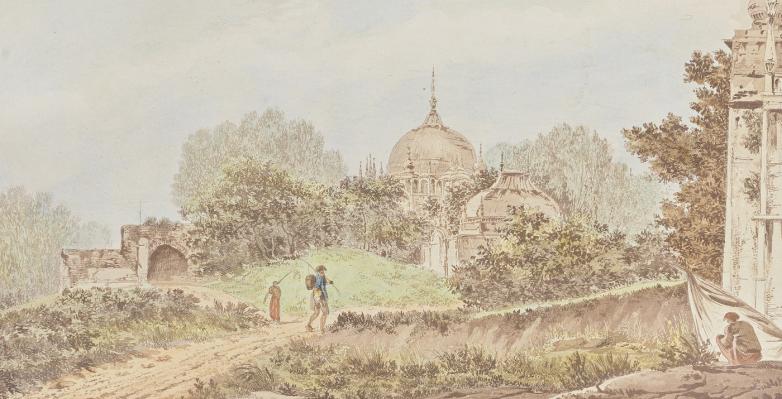 London – The mysterious and violent death of the English landscape painter Daniel Egerton in a Mexican village in 1842 – the body of his 19-year-old eight-month pregnant mistress Alice by his side – was as scandal ridden as his life. There was no shortage of possible culprits.  Opportunistic thieves (though no valuables seem to have been taken); victims of a fraudulent land scheme in which he was allegedly involved; a jealous ex-lover of Alice or even members of the local Masonic Lodge.  A painting by the artist, Portrait of a ranchero and his horse, Mexico to be offered in Bonhams Travel and Exploration Sale in London on Tuesday 20 September, provides a reminder of Egerton’s gentler side and of his great talent. The work is estimated at £25,000-35,000.

Rhyanon Demery, Head of Picture sales at Bonhams Knightsbridge, said: “Portrait of a ranchero and his horse, Mexico was painted in 1833 during Egerton’s first, five-year, working trip to the country. This depiction of the landsman in traditional costume speaks of his deep and affectionate understanding of Mexico, its history, traditions and landscape with the two famous – and to the Aztecs sacred – volcanos, Iztaccihuatl and Popocatepetl, clearly visible in the distance. For most of his career, Egerton drew his inspiration from landscapes; this rare and charming departure into portraiture is a tribute to the depth of his talent.”

Other highlights of the sale, which consists of 187 lots, include:

As usual the sale is rich in works associated with India among which are: