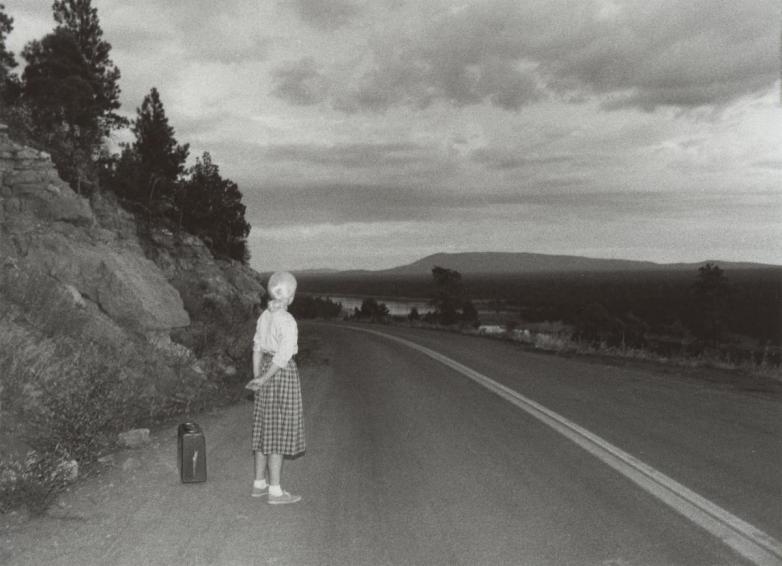 Credit: The Metropolitan Museum of Art, Promised gift of Ann Tenenbaum and Thomas H. Lee, in celebration of the Museum's 150th Anniversary. Courtesy of the artist and Metro Pictures, New York

The exhibition is made possible by Joyce Frank Menschel and the Alfred Stieglitz Society.

Max Hollein, Director of The Met, said, "Ann Tenenbaum brilliantly assembled an outstanding and very personal collection of 20th-century photographs, and this extraordinary gift will bring a hugely important group of works to The Met's holdings and to the public's eye. From works by celebrated masters to lesser-known artists, this collection encourages a deeper understanding of the formative years of photography, and significantly enhances our holdings of key works by women, broadening the stories we can tell in our galleries and allowing us to celebrate a whole range of crucial artists at The Met. We are extremely grateful to Ann and Tom for their generosity in making this promised gift to The Met, especially as we celebrate the Museum's 150th anniversary. It will be an honor to share these remarkable works with our visitors."

"Early on, Ann recognized the camera as one of the most creative and democratic instruments of contemporary human expression," said Jeff Rosenheim, Joyce Frank Menschel Curator in Charge of the Department of Photographs. "Her collecting journey through the last century of picture-making has been guided by her versatility and open-mindedness, and the result is a collection that is both personal and dynamic."

The Tenenbaum Collection is particularly notable for its focus on artists' beginnings, for a sustained interest in the nude, and for the breadth and depth of works by women artists. Paul Strand's 1916 view from the viaduct confirms his break with the Pictorialist past and establishes the artist's way forward as a cutting-edge modernist; Walker Evans's shadow self-portraits from 1927 mark the first inkling of a young writer's commitment to visual culture; and Cindy Sherman's intimate nine-part portrait series from 1976 predates her renowned series of "film stills" and confirms her striking ambition and stunning mastery of the medium at the age of 22.

Ms. Tenenbaum commented, "Photographs are mirrors and windows not only onto the world but also into deeply personal experience. Tom and I are proud to support the Museum's Department of Photographs and thrilled to be able to share our collection with the public."

The exhibition will feature a diverse range of styles and photographic practices, combining small-scale and large-format works in both black and white and color.  The presentation will integrate early modernist photographs, including superb examples by avant-garde American and European artists, together with work from the postwar period, the 1960s, and the medium's boom in the late 1970s and early 1980s, and extend up to the present moment.

The Icelandic composer Davíð Þór Jónsson has written and produced an improvisational musical component for the exhibition that will be accessible on a Museum rental device and on the website at metmuseum.org/PhotosLastCentury.

Photography's Last Century: The Ann Tenenbaum and Thomas H. Lee Collection is curated by The Met's Jeff L. Rosenheim, Joyce Frank Menschel Curator in Charge of the Department of Photographs.

The exhibition will be accompanied by a fully illustrated catalogue published by The Metropolitan Museum of Art and distributed by Yale University Press ($45). Beginning with Paul Strand's landmark From the Viaduct in 1916 and continuing through the present day, the catalogue examines defining moments in the history of the medium.

The catalogue is made possible in part by the Samuel I. Newhouse Foundation, Inc.