May Magic Sale an Unprecedented Success at Over $500K 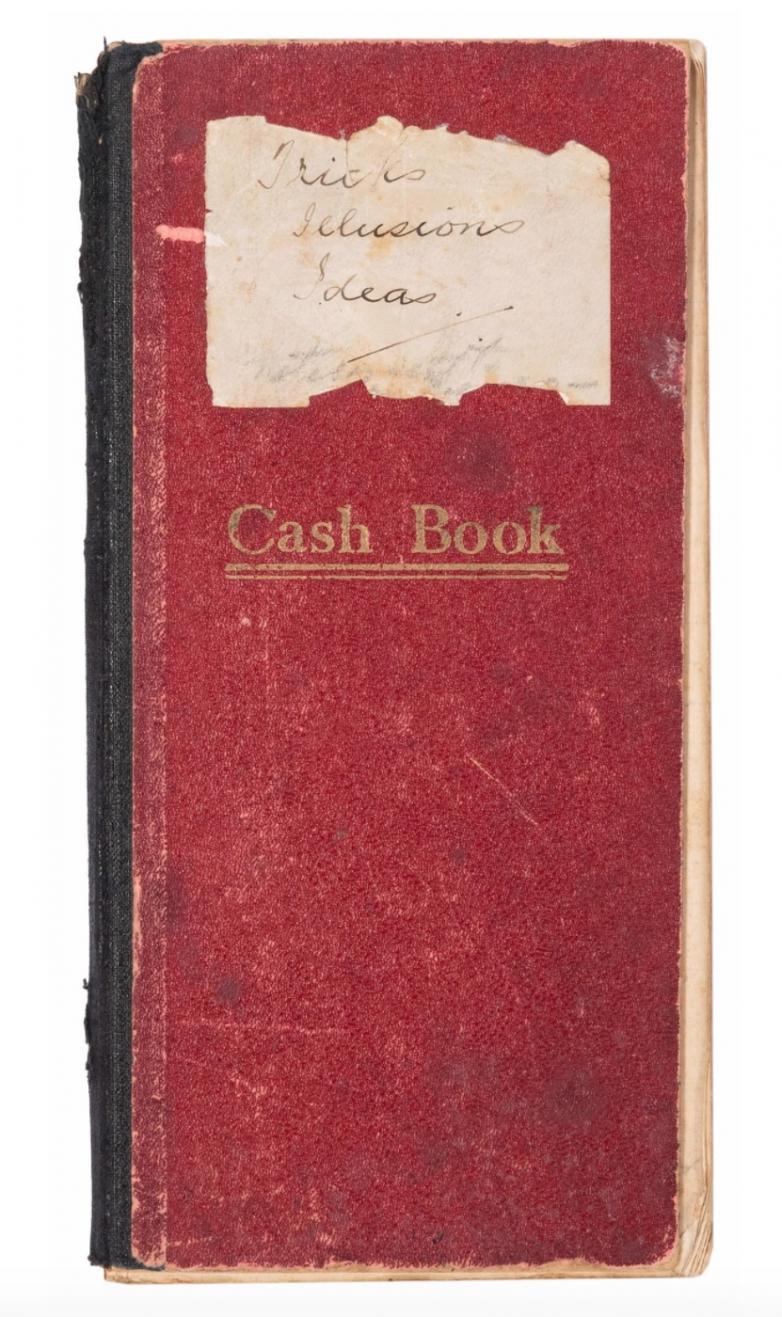 Chicago — Potter and Potter's mid-spring event conjured up both international attention as well as breathtaking sales results. After a long day of spirited bidding, 95 lots realized between $1,000-3,999; 17 lots realized between $4,000-$6,999; and 6 lots broke the $7,000 mark. Prices noted include the company's 20% buyer's premium.

Materials from magician Johnny Thompson, the Las Vegas illusionist best known as The Great Tomsoni, stole the show and delivered top shelf results.
•    Lot #470, Thompson’s engraved cups and balls used for his version of the classic sleight-of-hand trick, was estimated at $2,000-4,000 and topped off at an astonishing $14,400. This set was illustrated in The Magic of Johnny Thompson and was noteworthy as their form was based on cups endorsed by his close friend, Charlie Miller.
•    Lot #468, Thompson’s “Great Tomsoni” costume for his Las Vegas magic act, made $6,000 on its $2,500-5,000 estimate. This lot included a custom tailored jacket, a white dress shirt, cummerbund, white bow tie, custom-tailored pants, a satin ribbon/sash, patent leather boots, as well as a number of top hats, props, and a large cloth suitcase.
•    Lot #474, Thompson’s maroon cloth egg bag illusion was estimated at $500-750 and scrambled its way to $6,000. It was used for his performance of the venerable egg bag effect, in which an egg, placed in the bag, vanished and reappeared repeatedly, even when the bag was in the hands of an audience volunteer.
•    Lot #480, Thompson’s Mora Balls and net with mold realized $2,880 on its $200-400 estimate. These items were used for the magician's signature version of this trick in which the spheres traveled from one hand to the other, with a see-through handkerchief held by two spectators being used as a table.
•    Lot #585, a set of The Great Tomsoni and Company hand lettered signs in uniform metal frames scored $1,920 - nearly ten times their high estimate.

Important broadsides and advertising posters from two centuries of entertainers and troupes took several of the top slots in this extraordinarily successful sale.

•    Lot #363, a handsome, framed poster promoting Harry Kellar’s Latest Theosophic Wonder, sold for $7,200. It featured Kellar in a scene from his performance of the Morritt Cage illusion.
•    Lot #365, a broadside for Maskelyne & Cooke’s Marvellous Entertainment from the Egyptian Hall, London, made $6,600. This c. 1880 lithograph featured highlights from the troupe's spooky show including spirit cabinet and table lifting effects, a ghostly manifestation, and a dancing, decapitated skeleton.
•    Lot #341, a c. 1920 broadside promoting The Great Carmo. The Colossus of Mystery realized $5,760 on its $400-800 estimate. This handsome bust portrait featured the circus impresario and illusionist Harry Cameron (1881-1944) in a green turban, with two prominent hoop earrings.
•    Lot #196, a Professor Herrmann advertising flyer printed in London and dated 1873 achieved $2,280 on its $250-350 estimate. This piece promoted Herrmann’s daily program at Egyptian Hall, as well as Alexandre Osmann, the Celebrated African Wizard.

This sale's noteworthy selections of magic themed notebooks and scrapbooks were also best sellers.
•    Lot #311, an 1880s-era scrapbook of magic, ventriloquist, and thought-reading materials, made its way to $5,280. This collection was likely gathered by magician and ventriloquist Sidney Oldridge, and included a variety of printed documents related to variety entertainments in London in the late Victorian era.
•    Lot #246, a signed, c. 1908 notebook of secrets from Harry Houdini’s collection sold for $9,000 - three times its high estimate! This personal diary was filled with notes, diagrams, and descriptions of magic tricks and apparatus in two different hands.
•    Lot #185, Horace Goldin’s trick/illusion idea notebook realized $5,040 on its $800-1,200 estimate. Its author, stage magician Hyman Elias Goldstein (American, 1873-1939), rose to international stardom with his versions of the sawing a woman in half illusion.

Outstanding ephemera examples with ties to some of the most popular magicians of the past two centuries also delivered eye-popping results.
•    Lot #224, an important Harry Houdini typed signed letter regarding spiritualism sent to the editor of the British Journal of Psychical Research delivered $7,200 on its $1,500-2,500 estimated. Dated June 24, 1924, this note addresses his ongoing crusade against, and research into, the subject of spiritualism.
•    Lot #531, a Vincent Price signed “Les Sorcery” script cover and related ephemera was estimated at $100-150 and soared to $1,140. This lot included a framed script cover page, inscribed: For John [Thompson] gratefully and affectionately/Vincent.; a full copy of the same script; a promotional folder and a program for the stage version; 13 color Kodak snapshots; and “Les Sorcery” spoof coloring book.
•    Lot #537, a photograph of Dai Vernon, inscribed and signed to Johnny Thompson, beat its high estimate five times over, realizing $6,000. It was signed, To ‘Tomsoni’/a very wonderful friend and a truly superlative artist with a beautiful assistant ‘Pam’/with admiration/Dai Vernon/March 25th 1989.

Century spanning magic books, souvenirs and awards, and personal effects closed the loop on this memorable event.
•    Lot #154, Chung Ling Soo’s c. 1915 only known wig with an attached braided pigtail was estimated at $3,000-6,000 and landed at $10,200. This fully provenanced rarity consisted of a flesh colored cloth skullcap with an attached human hair ponytail braid measuring nearly a yard long.
•    Lot #446, one of 50 presentation copies of the deluxe first edition of Teller and Todd Karr's House of Mystery: The Magic Science of David P. Abbott was estimated at $500-700 made $5,760. This two volume set was published by The Miracle Factory of Los Angeles in 2005. This particular copy was presented to Johnny and Pam Thompson and signed by Teller, Todd Karr, and Katlyn Breene, with an additional personal inscription by Teller.
•    Lot #332, a Magic Circle commemorative cast brass magic mirror, produced in England in 2005 by David G. Burder, traded hands at $1,560 - almost eight times its low estimate. It was one of fifty issued for the centenary of the Magic Circle and was decorated with zodiac symbols surrounding a magic lantern at its center.

According to Gabe Fajuri, President at Potter & Potter Auctions, "To call our May magic auction a resounding success would be a gross understatement. With a near-perfect sell-through rate at prices that were some 40% above the high estimates, we saw new collectors from around the globe participating at unprecedented levels. The love for Johnny Thompson has been evident to us based on the response we have received from happy customers, and the never-ending popularity of Harry Houdini was on display full force on auction day. The sheer amount of bidding slowed the pace of the auction considerably, making what would have been a shorter sale last nearly ten hours. The online audience watching the live video stream - something we view as a necessity in these uncertain times, where salerooms have no live bidders - undoubtedly contributed to the more leisurely pace, and also the bolstered bottom line."