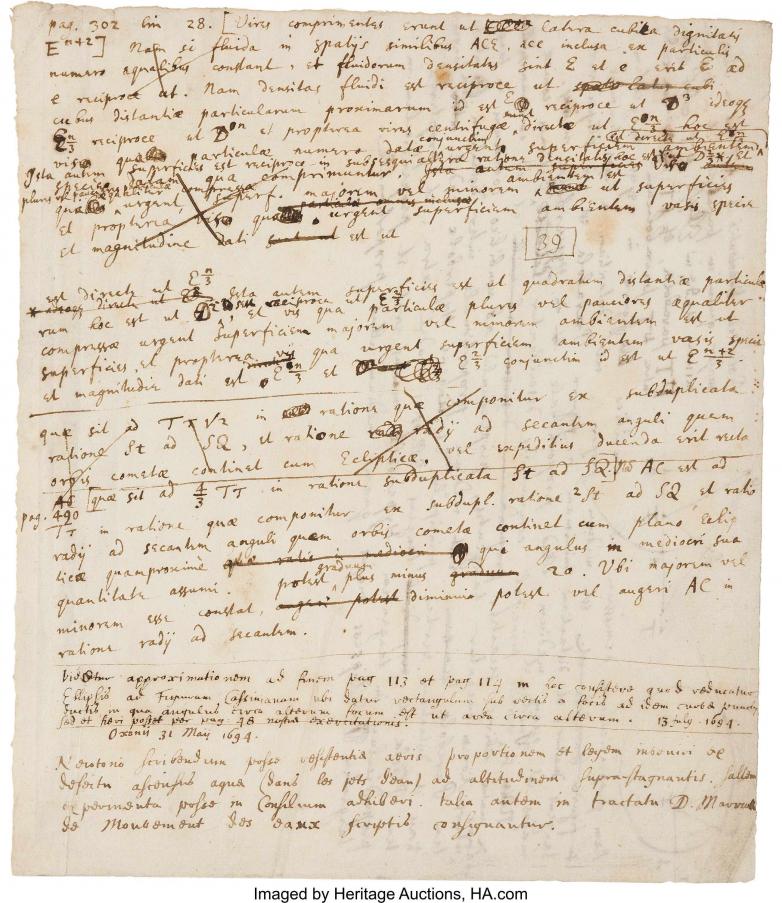 Dallas – A collection of exceptionally rare documents from renowned scientists and artists led the results for Heritage Auctions’ The Maurice Car Collection of Arts and Sciences, Featuring Rare Books & Manuscripts to climb to $1,261,070 Sept. 4 in New York.

Car was an engineer and former scientist who was a dedicated collector of the arts, sciences and humanities. The lots offered in the sale included works by some of the most famous names in science, including Marie Curie, Albert Einstein, Sigmund Freud, Sir Isaac Newton and Louie Pasteur; and artists like Paul Cézanne, Henri Matisse, Pablo Picasso, Raymond Radiguet and Tristan Tzara.

“Maurice Car was a serious collector with an appreciation for excellence in each of the three disciplines,” Heritage Auctions Rare Books Director James Gannon said. “He moved his family from Paris to Washington, D.C., but even moving to a new country did not dissuade him from continuing his lifelong passion for collecting items from some of the biggest names in each area.”

Sir Isaac Newton’s Autograph Manuscript, Notes on Physics and Solid Geometry, with Two Diagrams soared to nearly eight times its pre-auction estimate when it sold for $399,000. Handwritten in Latin by one of the most influential scientists in history, the lot includes notes on physics and solid geometry. Apparently written at two different times, the notes are taken from a work on physics and discuss the weight and movement of water.

Tristan Tzara’s Autograph Manuscripts on Dada also climbed to more than three times its estimate when it realized $68,750. Housed in an album of 20 manuscripts, both handwritten and typed, bound in a custom Paul Bonet fine-art binding, the notes relate to Tzara’s activities in the Dada movement of the European avant-garde in the early 20th century. Tzara likely would have personally gathered the manuscripts, which he wrote, and given them to Bonet to place in the binding.

Raymond Radiguet’s Le diable au corps Typed Manuscript with Holograph corrections nearly tripled its estimate when it brought $40,000. An important archive pertaining to Radiguet’s first novel, the manuscript includes 122 leaves paginated 1-123 of typescript draft of Le diable au corps with holograph corrections throughout by Radiguet. The French novelist and poet wrote two novels – Le diable au corps (“The Devil in the Flesh”) and Le bal du Comte d’Orgel (“Count d’Orgel’s Ball”), both of which were noted for their explicit themes and unique style and tone.

A 13-page Paul Gauguin Autograph Manuscript sparked a frenzy of competition among 30 active bidders before drawing $37,500, more than 12 times its pre-auction estimate. Featuring drawings and lists of figures, the document includes 10 pages that appear to be a draft, much of which seems jumbled and contradictory. Written in 1890, the manuscript includes several drawings of Gauguin’s thoughts on an array of subjects, including sex, perceived losers in society, bas-relief and Impressionism.

Nearly two dozen collectors bid on [Francis Picabia] Marie de la Hire, FRANCIS PICABIA until it finished at $36,250, more than 24 times its pre-auction estimate. A first edition in paper covers, it is No. 4 of 50 printed on Lafuma pure yarn paper with wide margins. It was printed Dec. 9, 1920, by Maurice Darantière in Dijon. It includes a list of 53 of Picabia’s works exhibited in December 1920 at the La Cible Gallery in Paris, and includes a self-portrait line drawing of Picabia on the frontispiece, as well as 15 tipped-in illustrations of Picabia’s works, nine of which are in color. A biography of Picabia and a catalog of his works, it was presented at a 1920 exhibition at La Cible Gallery and is considered the first true study of the celebrated Dadaist who became involved with the surrealist group in Paris in the 1920s.