Marvel Comics No. 1 Sells for $1.26 Million at Heritage Auctions 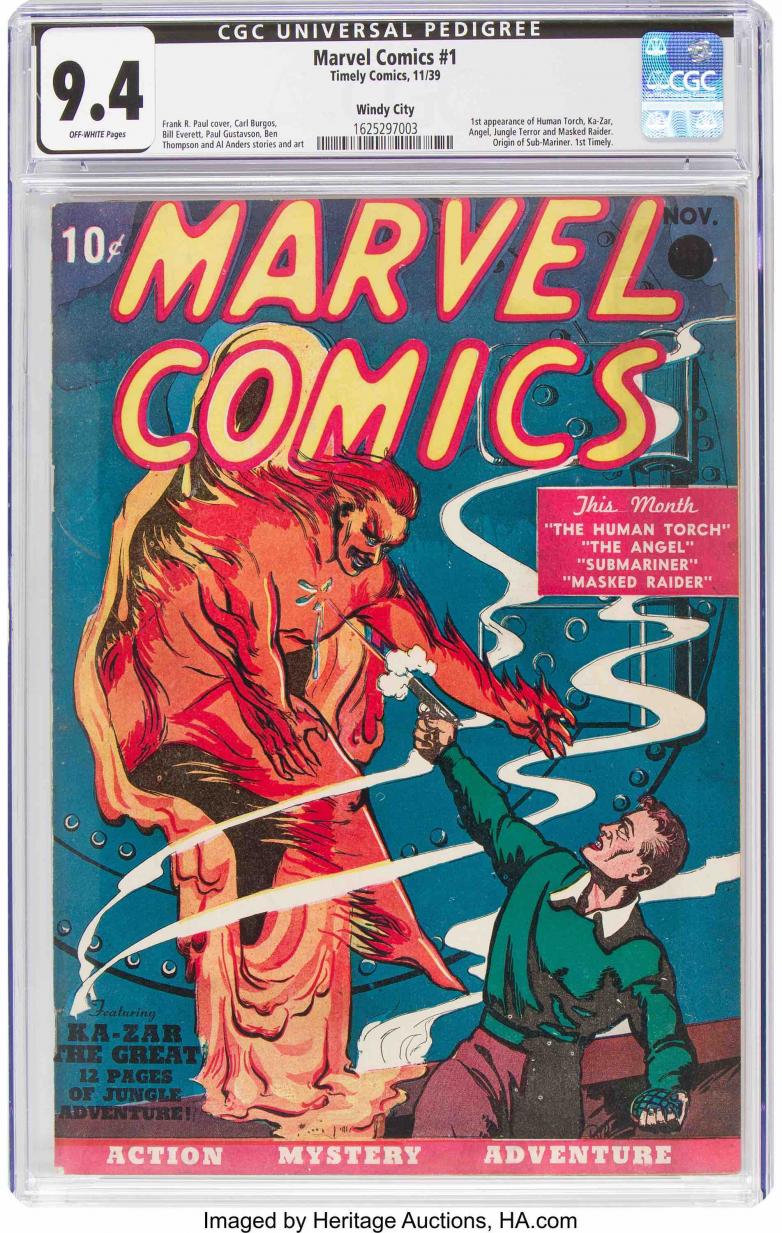 Marvel Comics No. 1, the most expensive Marvel comic ever sold at public auction.

Dallas, TX – The finest known copy of Marvel Comics No. 1, the 1939 comic book considered the ‘Big Bang’ of the Marvel Comics Superhero Universe, sold for $1,260,000 million on Thursday, Nov. 21, 2019, at a public auction of vintage comic books and comic art held by Heritage Auctions in Dallas, Texas.

“This is a historic copy of a historic comic book,” said Ed Jaster, Senior Vice President at Heritage Auctions. “Without question, this is the granddaddy of all Marvel Comics, without which we would not have the characters and stories we enjoy in today’s comics and feature films.”

It was first purchased off a newsstand rack by a mailman in Uniontown, Pennsylvania, who purchased every No. 1 issue he could of both comic books and magazines, beginning in the 1940s. Published by Timely Comics, the first edition features the first appearances of characters such as the Human Torch, Ka-Zar and Angel, as well as a character called the Sub-Mariner.

The yet-unmatched comic book is graded 9.4 on a scale of 1 to 10, making it the best condition ever found, according to Certified Guaranty Company, by far the world’s largest and most accepted comic book grading service. The famous cover art is by the noted science fiction artist Frank R. Paul, and the interior art featured the work of illustrators as Bill Everett, Carl Burgos and Paul Gustavson.