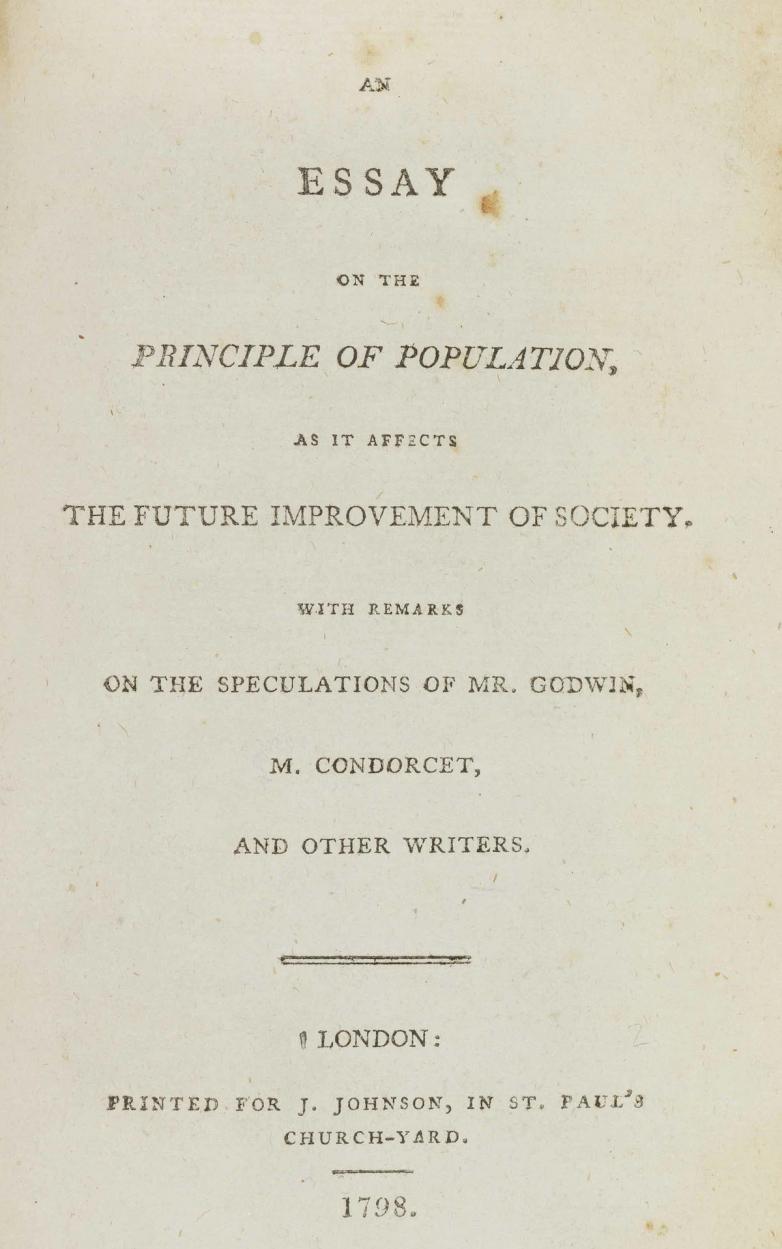 Hamburg, Germany — Grossing total proceeds of over € 1.8 million*, the Rare Books auction at Ketterer Kunst in Hamburg on July 6 and 8, 2020 did not only realize an excellent result but also saw more than 40 lots with five figure prices. "That's almost twice as many as usual", says company owner Robert Ketterer. In addition, an upgraded range of offers in the Online Only Auction accompanying the saleroom auction was also met with great approval. The star of the evening sale was Thomas Robert Malthus.

Christoph Calaminus, auctioneer and head of the Rare Books Department at Ketterer Kunst in Hamburg expressed his content: "It was a great auction with excellent results." He continues: "In unusual times like these I am ever the more happy that we - despite corona - saw both active domestic and international participation. Digital bidding was widely accepted and around 20% of all lots were sold online."

One of the sale's main attractions was a milestone of modern economics: Thomas Robert Malthus' "Essay on the Principle of Population" (lot 50) in which he explained the principle of exponential growth as early as in the 18th century, was particularly popular with British book lovers. However, eventually an American book dealer from the East Coast carried the trophy home. Called up at € 50,000 he honored the first edition of the influential classic with a result of € 80,000*.

Georg Braun's and Franz Hogenberg's "Civitates orbis terrarum" (lot 16) was particularly sought-after among German collectors. In the end, however, a Hungarian online bidder stood his grounds against two opponents on the phone and let the price for the most accomplished of all town books soar to € 68,750*.

An English trader honored Gustav Klimt's "Das Werk", the only monograph released during the artist's lifetime (lot 75), with a threefold of the calling price of € 19,000. With a result of € 65,000* he relegated several competitors from Germany and the U. S. to places second and beyond.

Global interest was sparked among far more than a dozen active bidders when the first German edition of Hartmann Schedel's "Liber chronicarum" (lot 7), one of the most richly illustrated incunabula of all, was called up. The product of the largest book enterprise of its days was particularly popular with bidders from Germany, but book lovers from the rest of Europe, especially from Italy, Austria and Switzerland, as well as from the U. S., also entered in the race. Eventually a French trader on the phone succeded with a result of € 58,750* while a generous absentee bid placed by an American made second place only.

The Evening Sale kicked off with a "Latin Book of Hours" (lot 1) which an Italian trader heavily defended over the phone against a colleague from England and a German book lover, as well as a good number of commissions and several internet bidders. Eventually he made the richly illuminated copy from the Champagne sure for himself for a result of € 52,500* or more than twice the calling price of € 20,000.

Called up with a price of € 33,000, a complete copy of the "Bulla aurea" (lot 6) from Karl IV was in great demand with Swiss bidders, who eventually had to give in to the strong will of their northern neighbors. The one-of-a-kind illustrated incunabula edition from the collection of Otto Schäfer will remain in Germany from where a collector offered to pay the remarkable sum of € 50,000*.

A rare dedication copy of Karl Marx's main work saw a sharp increase, as it was severely fought for by German and English traders. In the end a bidder from Great Britain had the last word by granting € 47,500* for "Das Kapital" (lot 57) - nearly a seven-fold of the calling price.

A likewise impressive price increase was realized for a "Biblia aethiopica" that was called up at € 7,000 (lot 13). Against the strong opposition on the world-wide web, a Canadian collector raised the price for the first edition of the New Testament in Ethiopian over the phone to a result of € 43,750*, which is more than six times the starting price.

"Abrahams Opfer" (lot 189) saw the sharpest increase of the entire auction. Made by the great Rembrandt Harmenszoon van Rijn in 1655, the impressive scene caught the fancy of a Californian trader for whom the striking scene from one of the best known stories of the Old Testament was worth € 18,750*.

More interesting lots are available in the post auction sale until July 31.