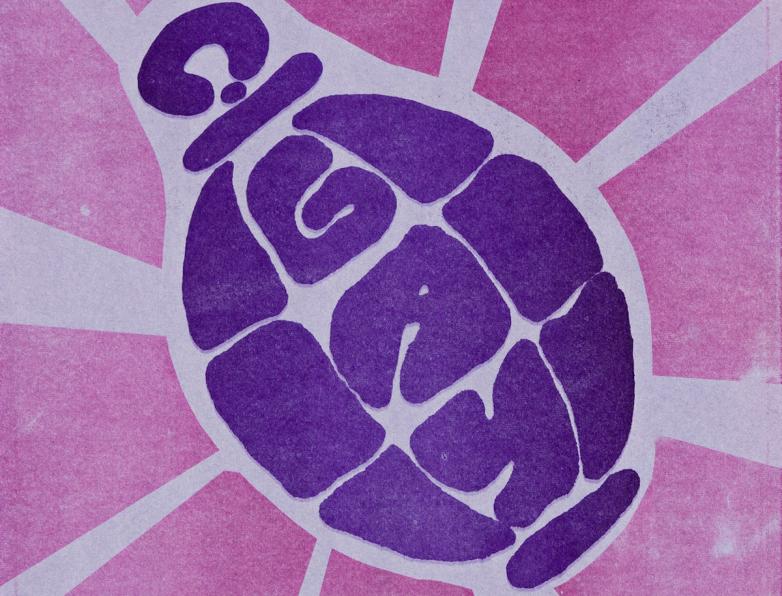 Detail from Third World Gay Revolution, a pair of revolutionary greeting cards issued by the short-lived splinter group of the Gay Liberation Front, circa 1970.

New York — Swann Galleries’ third annual auction dedicated to the art, material culture, and history of the LGBTQ+ community will be held on Thursday, August 19, bringing to market both familiar artists as well as fresh, unusual and infrequently seen material.

A significant section of important fine photographs will feature works by the medium’s most significant practitioners. Diane Arbus is on offer with Girl in Her Circus Costume, MD, silver print, 1970, printed 1972 ($8,000-12,000) and Two Men Dancing at a Drag Ball, NYC, silver print, 1970, printed 1972 ($5,000-7,500); Peter Hujar features with Man on Chair (Richard Weinroth), silver print, 1979 ($12,000-18,000); and JEB (Joan E. Biren) is present with a selection of joyful images including Gloria and Charmaine, silver print, 1979 ($1,000-1,500) and Darquita and Daughter, silver print, 1979 ($1,000-1,500). Also crossing the block is Robert Mapplethorpe, George Platt Lynes, as well as several studies of the male physique by Bruce of LA, and a pair of portraits of the iconic figure Fançois “Féral” Benga who served as a muse for artists during the Harlem Renaissance, including Richmond Barthé whose bronze statue of Benga set a record for Barthé in our June 2020 sale of African American Art.

As in years past, the house has chosen a nonprofit to donate to, and this year Swann has partnered with the American LGBTQ+ Museum, New York City’s first museum dedicated to LGBTQ+ history and culture. For this auction, Swann will match the donation amount for every consignor who donates 1% of their proceeds. The American LGBTQ+ Museum preserves, investigates, and celebrates the often-unseen contributions of LGBTQ+ people in American history and culture. Using exhibitions and programs, the museum seeks to advance LGBTQ+ representation and equality. The museum hosted its first public programs in June 2021, and it is slated to open its permanent galleries in 2024 in a new building on the campus of the New-York Historical Society. For more information about the museum, please visit thelgbtqplusmuseum.org.

Limited open exhibition hours will be available through August 18. Appointments are strongly encouraged and can be scheduled directly with a specialist. Swann Galleries staff will prepare condition reports and provide additional photographs of material on request. Advance order bids can be placed with a specialist for the sale or on Swann’s website, and phone bidding will be available. Live online bidding platforms will be the Swann Galleries App, Invaluable, and Live Auctioneers. The complete catalogue and bidding information is available at www.swanngalleries.com and on the Swann Galleries App.