Landmarks of American History at Christie’s 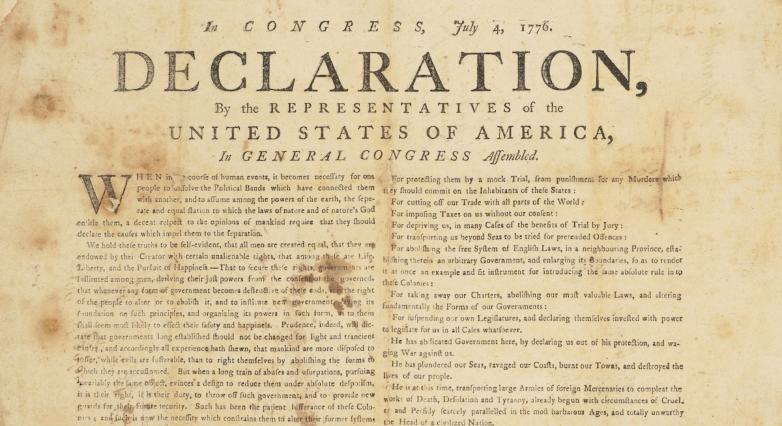 New York — Christie’s is pleased to present a selection of Americana texts that mark high points of the 18th to the 20th centuries in the auction Fine Printed and Manuscript Americana which is held online from 8-22 April. Comprised of 53 lots, estimate range from $400 to $900,000. 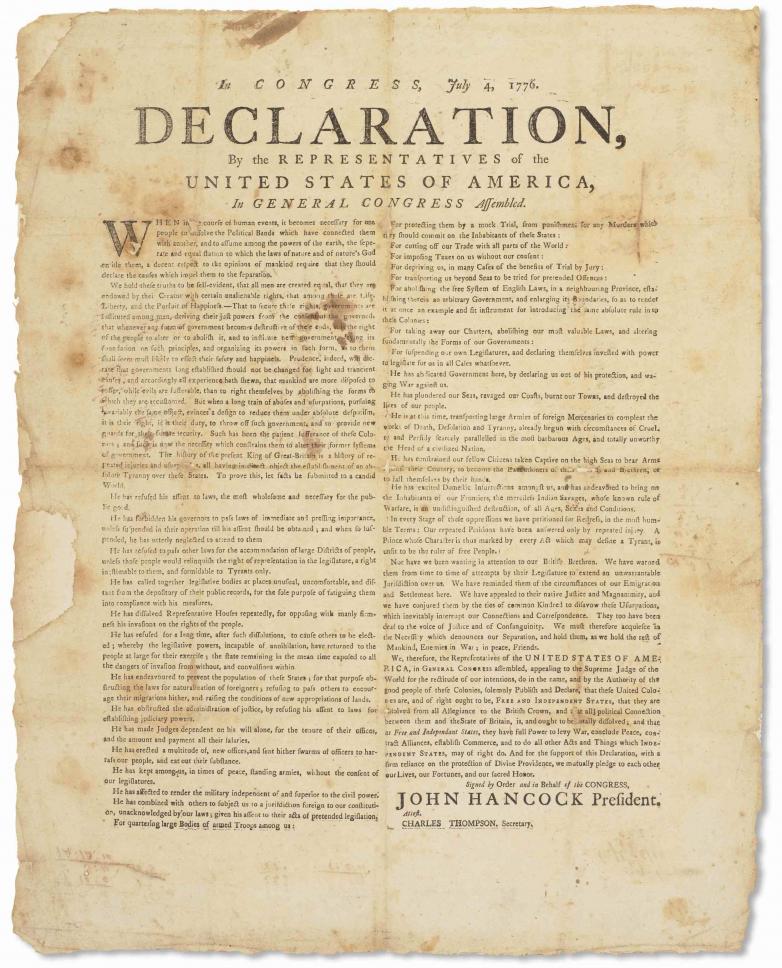 The sale is highlighted by a rare 1776 broadside printing of The Declaration of Independence, a copy with prestigious provenance that was previously owned by both Thomas Streeter and Philip Sang (estimate: $700,000-900,000). Also featured is the first public printing of The U.S. Constitution in the 19 September 1787 issue of the Pennsylvania Packet, printed by Dunlap & Claypoole (estimate: $120,000-180,000); and a newly-discovered, rare sammelband of 12 issues of Benjamin Franklin’s Poor Richard Almanac, notably including the famous first printing of his timeless essay “Way to Wealth” in the 1758 issue (estimate: $300,000-500,000).

Peter Klarnet, Senior Specialist, Americana, Books & Manuscripts, comments: “We are very excited to be able to offer three significant landmark works of American history including contemporary printings of the Declaration of Independence and The Constitution as well as the first appearance of Benjamin Franklin’s celebrated essay 'Way to Wealth.'”

Other highlights include a 1781 letter from George Washington to General Rochambeau with the body of the letter in the hand of Alexander Hamilton (estimate: $20,000-30,000); a superb signed photograph of Abraham Lincoln, donated by the 16th President to raise funds for Union soldiers and later used as the basis for the Lincoln cent (estimate: $50,000-80,000); letters from Nikola Tesla (estimates start at $3,000); and an original script from Orson Welles’ notorious 1938 radio-play broadcast of H.G. Wells’ War of the Worlds (estimate: $15,000-25,000).