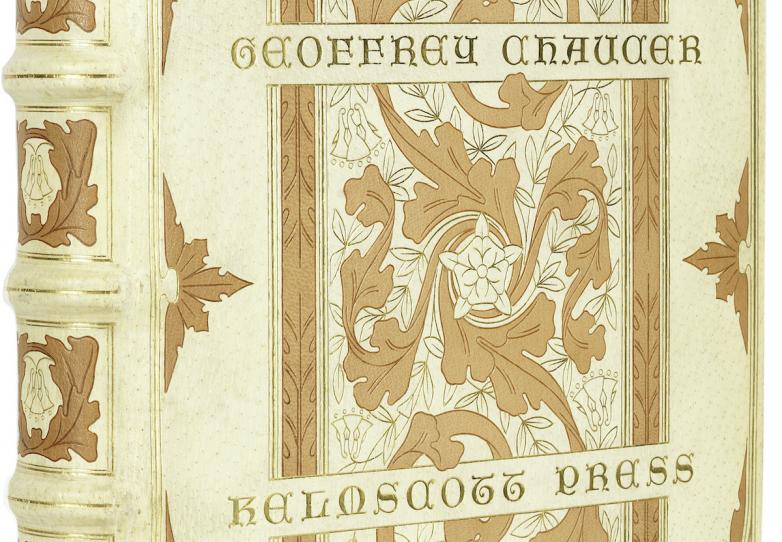 London — Like many classics of world literature, Chaucer’s The Canterbury Tales has appeared in many guises over the centuries. It has been filmed several times, most memorably by the Italian film director Pier Paulo Pasolini who cast himself in the plum role of Chaucer, and most recently was reimagined with modern characters by the BBC. But the most beautiful and cherished version of these evergreen stories is probably that produced by the Kelmscott Press 125 years ago, a copy of which is to be offered at Bonhams Fine Books and Manuscript sale in London on Wednesday 31 March. It is estimated at £35,000-45,000. 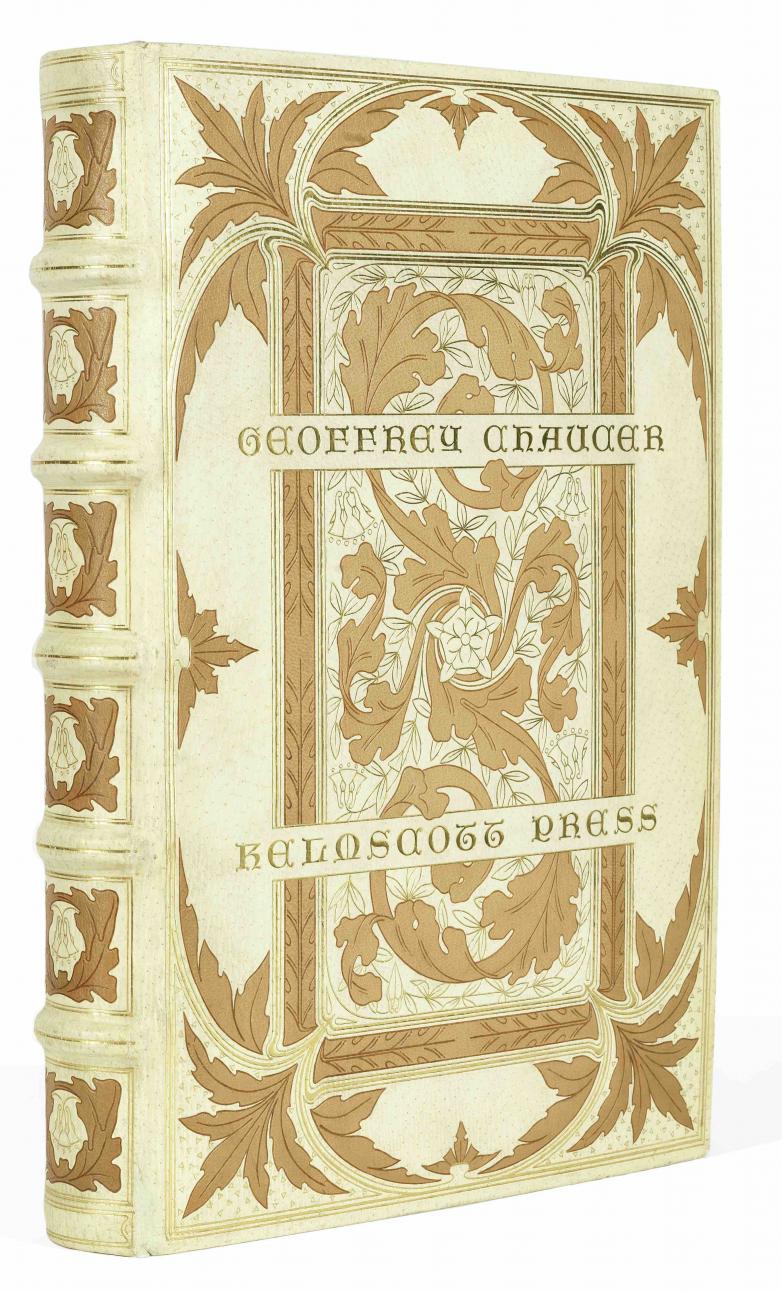 Published in 1896 with 87 wood-engraved illustrations by the Pre-Raphaelite artist Edward Burne-Jones, the Kelmscott Press’s The Works of Geoffrey Chaucer now Newly Imprinted has long been regarded as the imprint’s masterpiece. The copy in the sale, one of 425 edited by F.S. Ellis and W.W. Skeat, is finely bound by Paul Claessens (1861-1909), best known for twelve bindings he executed from the designs of Henry Van de Velde, with whom he worked in close partnership.

The Kelmscott Press was founded by William Morris in Hammersmith, London in 1891. In keeping with his usual practice of going back to basics, Morris, a textile designer, social activist and major influence on the British Arts and Crafts Movement, took his inspiration from the earliest known examples of printed books dating from before 1501. He adapted the type developed by Nicholas Jensen in Venice in the 1470s and used handmade paper – as close as possible to 15th century Italian paper – made by a paper-mill in Kent.

The Canterbury Tales took four years to produce, Morris working tirelessly on this, his last great project, with his old friend Edward Burne-Jones. The book was completed months before Morris died in October 1896.

Bonhams Head of Fine Books and Manuscripts Matthew Haley said: “It is entirely in keeping with William Morris’s lifelong mission to revive traditional arts and crafts that he insisted on such high and authentic production standards at the Kelmscott Press. The Canterbury Tales was clearly a labour of love for him – shared with Burne-Jones, one of his closest and oldest friends. The result was the crowning glory of the Kelmscott Press.”