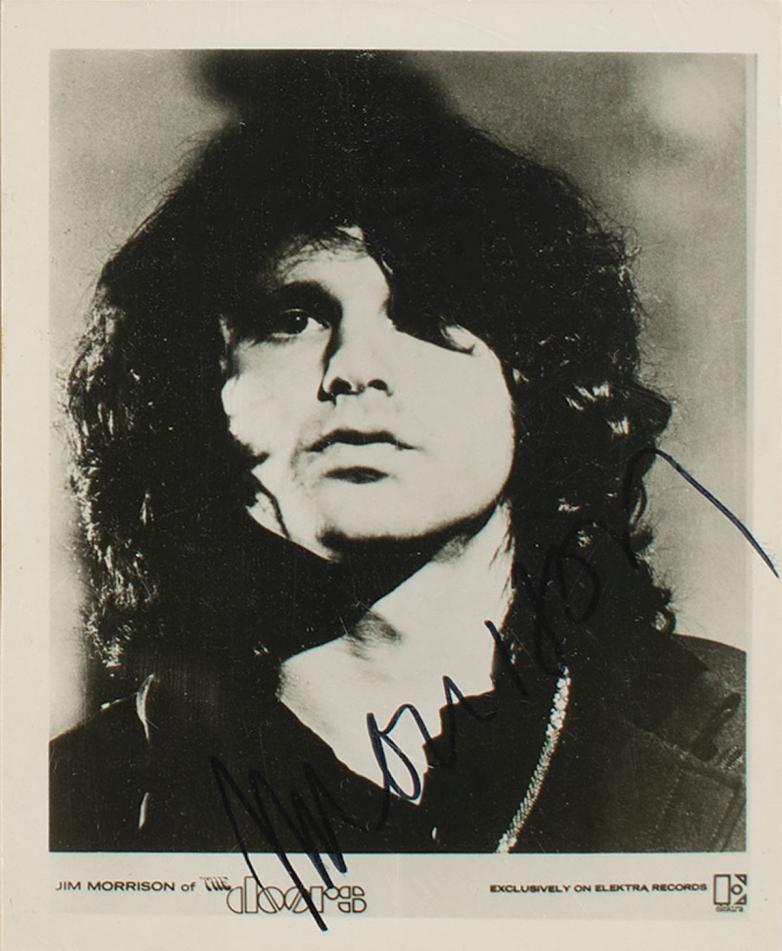 Boston — A group of four Elektra Records signed promotional photos of The Doors sold for $18,262, according to Boston-based RR Auction.

This is the only set of these entire band signed Elektra Records promo photos that RR Auction has ever offered, with the elusive and much sought after Morrison autograph.

"Because of Morrison's brief and meteoric career, he just wasn't available to sign material that we typically see from other 1960's icons," said Bobby Livingston, Executive VP at RR Auction.

George Washington handwritten letter, penned in the period between the end of Revolutionary War and taking office as president sold
for $28,016.

Diego Rivera original 1933 sketch from the Mexican artist sold for $6,055.

The Fine Autographs and Artifacts sale from RR Auction began on July 24 and concluded on August 12. For more information, go to www.rrauction.com.