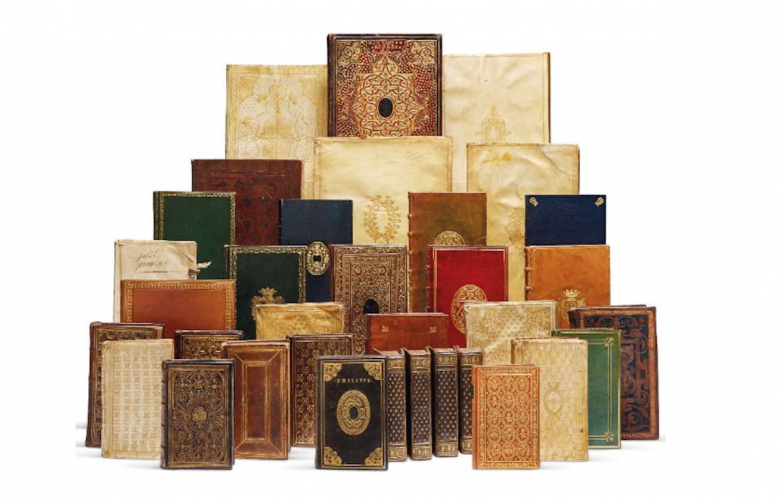 Paris – On March 23rd, Christie’s France, in association with booksellers Jacques Quentin (Geneva) and Benoît Forgeot (Paris), is honored to offer the first part of the renowned poetic library of Jean Paul Barbier-Mueller, undoubtedly the most comprehensive and bibliophile collection on French poets from the second half of the 16th century, particularly Ronsard and his cohort of  the Pléiade: Joachim du Bellay, Etienne Jodelle, Rémy Belleay, Jean-Antoine de Baïf, Jacques Peletier du Mans et Pontus de Tyard. The collection, which today numbers around 800 books comprising close to a thousand works, is the result of over half a century of astute connoisseurship.

Formed around the "Prince of Poets" Pierre de Ronsard and his friends from La Pléiade, it bears witness to the erudition and passion of Jean Paul Barbier-Mueller for 16th-century poetry: the collector published a complete catalogue of his library, which has become an exceptional work of reference for scholars and bibliophiles alike. As Jean Balsamo wrote in the preface of the auction catalogue: "the collection of ancient books and, at its heart, the poetic library which brings together, around Ronsard, all the French poets of the 16th century, was closely linked to the unique personality of Jean Paul Barbier-Mueller, as his exclusive domain and perhaps also refugium animi, which found a space in a study set apart from the rest of the collections. But the library was also the focal point of an exceptional openness to the world; the collector nurtured here the most comprehensive literary and historical culture, humanistic in the strict sense of the word, and it was precisely this culture that enabled him to approach with respect, in their radical difference, the so-called "primitive" arts and the artistic forms of societies without written language and literary tradition".

This sale will thus present on March 23rd nearly 130 of the  most important works of the collection, including a magnificent copy of Les Hymnes by Pierre de Ronsard (estimate: €50,000-70,000), which Jean Paul Barbier-Mueller considered to be one of the most beautiful books in his collection. A series of subsequent sales will be organized at Christie's in partnership with the Binoche & Giquello firm over the next few years.

Among the outstanding copies in the library, this first sale will also include a copy of the Works of P. de Ronsard, 1571, bound in contemporary green morocco for the bibliophile Philippe de Moureau (estimate: €150,000-€200,000) as well as a set of editions by the Prince of Poets from the library of the Savoyard humanist, Jean de Piochet, who systematically and extensively annotated his copies, giving details of the pieces’ references. Thanks to one of the volumes in Jean de Piochet's library, Recueil manuscrit de plusieurs compositions de P. de Ronsard, an unpublished poem by Ronsard, Le Charon, was rediscovered (estimate: €60,000-80,000).

One of the most important theoretical works in the history of the French language, La deffence, et illustration de la Langue Francoyse by Joachim Du Bellay (1522-1560), the manifesto of La Pléiade, can be found here in its original edition. Du Bellay is here the defender of the French language and upholds its equal dignity with Latin and Greek. The Barbier-Mueller copy, in its 16th-century binding, comes from the prestigious library of Marcus Fugger (1529-1597), one of the most influential men in 16th-century Europe (estimate: €100,000-150,000).

The Poetic Library of Jean Paul Barbier-Mueller is also situated in the turbulent decades of the Reformation that rocked Europe. For instance, the copy of the Poematum, 1569 by Calvin’s successor, Théodore de Bèze, gifted by the author to his friend Joachim Camerarius the Elder, one of the editors of the Augsburg Confession presented by the Lutheran princes to Emperor Charles V in 1530, bears witness to the friendship between two leading European Reformers (estimate: €15,000-20,000).

Nevertheless, Jean Paul Barbier-Mueller did not overlook the Minores, poets less famous than Ronsard and the members of the Pléiade, and today the collection allows us to rediscover authors who may be less known but who offer us another history, on other struggles still relevant today. For example,, Marie de Romieu condemned inequality between men and women at the beginning of the 17th century in her Les premières œuvres Poétiques (estimate: €5,000-6,000). Madeleine Neveu and Catherine Fradonnet are also noteworthy, a mother and her daughter better known under the pseudonym of the Dames de Roches whose Oeuvres, 1578, are estimated at €3,000-4,000. The collaboration between mother and daughter emerges in several texts in the edition, including the "Chanson des Amazones," written in the first person plural, the poetesses identifying with the mythological warriors and their battles: "Nous faisons la guerre / Aux Rois de la terre/Bravant les plus glorieux, / Par notre prudence / Et notre vaillance." Jean Paul Barbier-Mueller said of this work: "I will be happy that this slim volume will please its future owner as much as it pleased me, so happy to have unearthed it." (estimate: €3,000-4,000).

Viewing: From Thursday 18 March to Wednesday 23 March 2021- Closed on Sunday