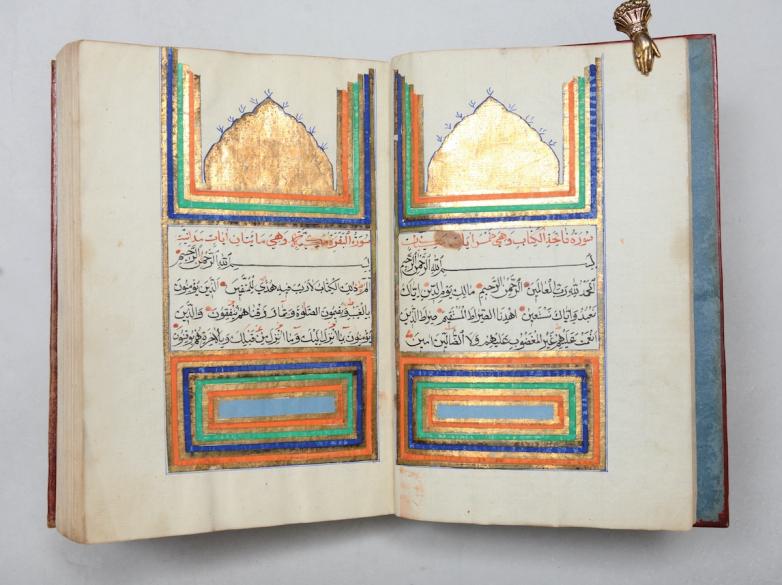 London — Peter Harrington has launched its new catalogue for Sharjah International Book Fair 2020 – curated specially by the leading rare book dealer for collectors from the Arabian Gulf, whose dedicated community of antiquarian book collectors and experts has grown steadily over recent years.

Pom Harrington, owner, said: “Our catalogue for the 2020 Sharjah International Book Fair reflects the incredible breadth of interest of collectors from the Arabian Gulf and has been curated over several months to showcase works from the Islamic and Arabic-speaking worlds, as well as a selection of rare items from the Western canon.”

“We are delighted that this year’s fair is able to go ahead with new safety measures in place, and the opportunity it will afford us to see some of our customers from the Middle East who remain among our most prolific international buyers. There is a significant tradition of book collecting in the Middle East - it’s certainly not a recent phenomenon but we have seen increasing growth in recent years. Most of the interest we see is in books about the Arabian Peninsula – particularly first-hand travel accounts from the 16th to early 20th century. Additionally, manuscripts and maps which document the development of the peninsula in the early and mid-20th century are also highly sought after – this includes maps on trade and shipping routes, political developments, oil exploration and so on.”

“There is also a strong interest in early photography of the region. Works that document Mecca and Medina or early city infrastructure continue to be very popular. Additionally, the region has a highly and broadly educated population and a significant amount of institutional patronage, so landmark economical, philosophical or literary works from the Western canon are also sought after by Middle Eastern collectors.”

Within this catalogue, there are many works of geographical and military interest, including a photographic archive of original photographs illustrating the earliest years of commercial aviation in the Gulf, comprising over 550 images captured by a British official in Bahrain, Doha, Kuwait, and Iraq. There are also several works relating to the development of the region, including maps on defence and meteorological charts and information on political developments and oil exploration.

A highlight with particularly significant provenance is a rare first Latin edition of Varthema’s influential account of his undercover travel through the Ottoman Empire, Safavid Persia, and India. Documenting the first recorded eyewitness account by a European of the Islamic holy cities, and to the best of knowledge, the first account of Mecca in print by any author, this edition is from the library of the highly cultured imperial secretary Jacopo Bannisio, signed with his contemporary ownership inscription.

The catalogue also includes a selection of naturalist works, including two works on falconry, an Ottoman hippological study with a section on Arab horses and a near-complete run of the Journal of the Saudi Arabian Natural History Society.

As well as books relating specifically to the region, Peter Harrington caters to collectors with an interest in the western canon, with the latter section of the catalogue containing rare and inscribed works of international prestige by authors including Charles Darwin, William Shakespeare and J.K. Rowling.

The UAE accounts for the largest share of Peter Harrington’s Middle East business, with collectors from Saudi Arabia, Kuwait and Bahrain regularly contacting the rare book dealer to assist with curating, appraising and acquiring items for private and institutional collections. The cost of single book acquisitions ranges from the early thousands to more than a million dirhams.

Peter Harrington’s Sharjah International Book Fair 2020 catalogue presents books of compelling provenance and scarcity, almost all of which are rare first editions, copies bearing the inscriptions of authors and owners, or sumptuously illuminated and illustrated works.

Full highlights include:
●  A pair of photograph albums illustrating the earliest years of commercial aviation in the Gulf , the fascinating personal archive of a British official comprising over 550 images taken in Bahrain, Doha, Kuwait, Iraq and Persia (1948-55) – £65,000.
●  A rare first edition of Ptolemy’s Cosmographia , the most celebrated geographical treatise of classical antiquity. Well-known in the Arab World by the ninth century, this monumental achievement of geographical knowledge was forgotten in the west until brought to Italy from Constantinople around 1400 (1475) – £450,000.
●  A monumental and highly unusual Qur’an displaying the entire text across a single manuscript, honouring the last Mughal emperor Bahadur Shah II Zafar (1288 ah 1870/1 ce) – £125,000.
●  The working manuscript of Falconry in the British Isles, a landmark of falconry literature by Francis Henry Salvin , with watercolours and lithographs by William Brodrick (1855, revised in 1872) – £45,000.
●  Rare first Latin edition of Varthema’s influential account of his undercover travel through the Ottoman Empire, Safavid Persia, and India, including the first written account of Mecca in print (1511) – £150,000.
●  The earliest printing of William Shakespeare ’s major poetry, combining the complete uncorrupted text of the 1609 Sonnets with The Rape of Lucrece and Venus and Adonis (1710-11) – £22,500
●  First edition of Harry Potter and the Philosopher’s Stone, one of a 500-copy first print run in hardback (1997) – £110,000.
●  First edition of Darwin’s On the Origin of Species, the most influential scientific work of the 19th century (1859) – £85,000