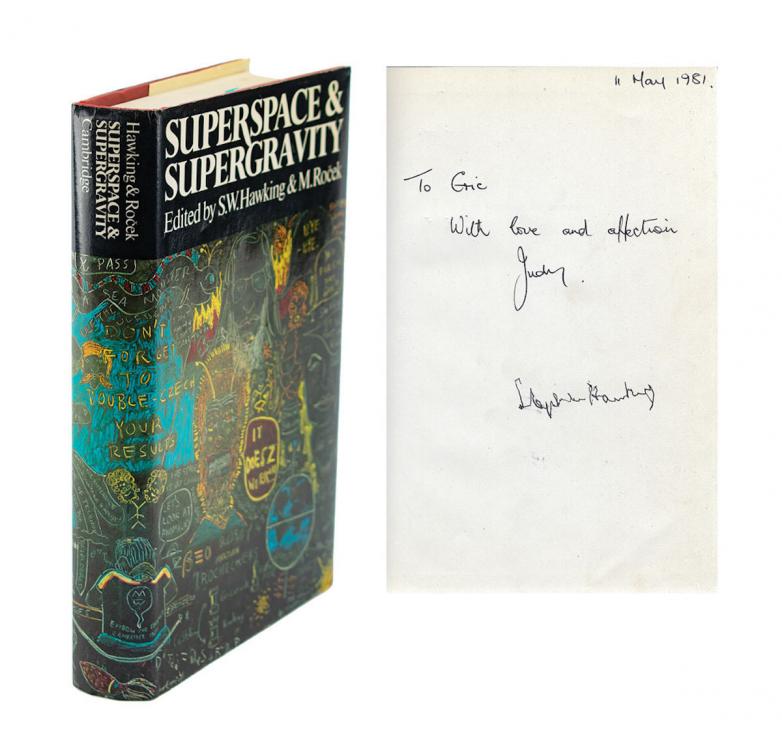 Boston — RR Auction's inaugural Science & Technology auction chronicles innovation across the ages: from the Wright Brothers' first flight to Neil Armstrong's first step on the Moon; the development of the telegraph to the communications revolution enabled by computers and the internet; military cipher machines that have puzzled and captivated since the days of World War II; and the geniuses that made it all possible.

Featured highlights include; an Alfred Nobel signed document, in which Nobel gives permission for the production of dynamite in Italy. The important partially handwritten one-one-page document and twice-signed document in French, signed "Alfred Nobel" and "A. Nobel," January 24, 1873. The agreement entails that a company ("anonymous Italian society for the production of dynamite") is to be founded, in which Alfred Nobel will receive 1,200 shareholdings, while the other shall receive 340 shareholdings. Nobel concludes by clarifying that this agreement does not, in any way, restrict the Nobel patent for the dynamite. Letters and documents by Nobel are very rare, especially when the word "dynamite" is mentioned. This document does not only mention ”dynamite,” it's strictly about dynamite, which is what defined his life and legacy. (Estimate: $25,000+)

Albert Einstein signed letter proclaiming the success of his Unified Field Theory. The one-page handwritten letter in in German, signed “Albert,” Hamburg-Amerika Linie letterhead, January 1932. Significant letter to his sister Maja. Writing from Los Angeles as he disembarked from his boat for his second visit to Cal Tech, Einstein communicates his confidence and inner thoughts about his most recent work on 'The Unified Field Theory of Gravity and Electricity’. Written in collaboration with mathematician Walter Meyer, the theory presented a new formalism in which the fifth dimension was no longer an 'extension of the physical continuum.' This theory and work is deemed one of Einstein’s major scientific papers. (Estimate: $15,000+)

Alan Turing signed postcard by the influential British mathematician, cryptanalyst, and computer scientist considered the father of theoretical computer science and artificial intelligence. Addressed to Dr. Franz Greenbaum and his children, Turing sent it from his Club Mediterranee holiday on Corfu on July 23, 1953. What is especially notable about this example is the unexpected religious imagery, as Turing was an atheist (Estimate: $30,000)

Among the several cipher machines featured in the sale; WWII American M-209-A, a portable hand-operated mechanical cipher machine initially developed in the late 1930s by the entrepreneur and inventor, Boris Hagelin. Hagelin fled Sweden for the United States at the outbreak of WWII and worked with the US Military to refine his cipher machine design. The M-209 was the result of this collaboration and the machine would be used by the US during WWII, as well as many other countries for decades after the end of the war. (Estimate: $5,000+)

Relic Battlefield-Found Enigma I Cipher Machine. Historic battlefield-found, relic three-rotor Enigma I machine recovered from the ground outside the village of Sülstorf, Germany, approximately 120 miles northwest of Berlin. This is where the German 3rd Panzer Army, commanded by General Hasso-Eccard von Manteuffel, found itself on the last days of WWII. This Panzer Army had been engaged in holding back Russian forces in defense of Berlin. Following a defeat at Stettin, Germany, they were forced to retreat to the region of Mecklenburg. On May 3, 1945, General Manteuffel negotiated with British generals, including Field Marshal Bernard Montgomery, so that 300,000 German soldiers would surrender to the British rather than Soviet forces. A framed display of a TLS and signed photograph of von Manteuffel is included. This relic Enigma machine was found at the bottom of a meter-deep hole. The treasure hunter said that the area became a huge prison camp when the Germans surrendered to the British. The German soldiers intentionally buried any equipment they did not want to have fallen into the Allies' hands. (Estimate: $20,000+)

Highlights from a remarkable assortment of meteorites include; Canyon Diablo Meteorite. Iron meteorite IAB-MG, Coconino County, Arizona, USA, first known in 1891. Sculptural specimen with good surface features, 12.2 kg (26.75 lbs). Some collectors prefer meteorites that show their natural gunmetal color, and to that end, this specimen has been gently cleaned to remove much of the oxidation, although some of it's desert patina remains. This hefty specimen displays numerous good surface features and stands up naturally in several orientations, making it an attractive display piece from the world's most celebrated impact site. (Estimate: $35,000+)

Northwest Africa (NWA) 11303 Lunar Meteorite. Lunar meteorite, feldspathic breccia. Northwest Africa, found in 2017. Exceptional whole specimen. This world-class specimen would be the envy of many museums and significant university collections. A whole stone in as-found condition, clearly showing light and dark patches typical of NWA 11303. It is this brecciated mixture that produces the alluring, high-contrast slices seen in other lots in this auction. A large, visually appealing, and highly impressive example of our nearest celestial neighbor, with impeccable provenance from Aerolite Meteorites, Inc., and examined and classified by the Department of Earth at Space Sciences at the University of Washington, Seattle. (Estimate: $45,000+)