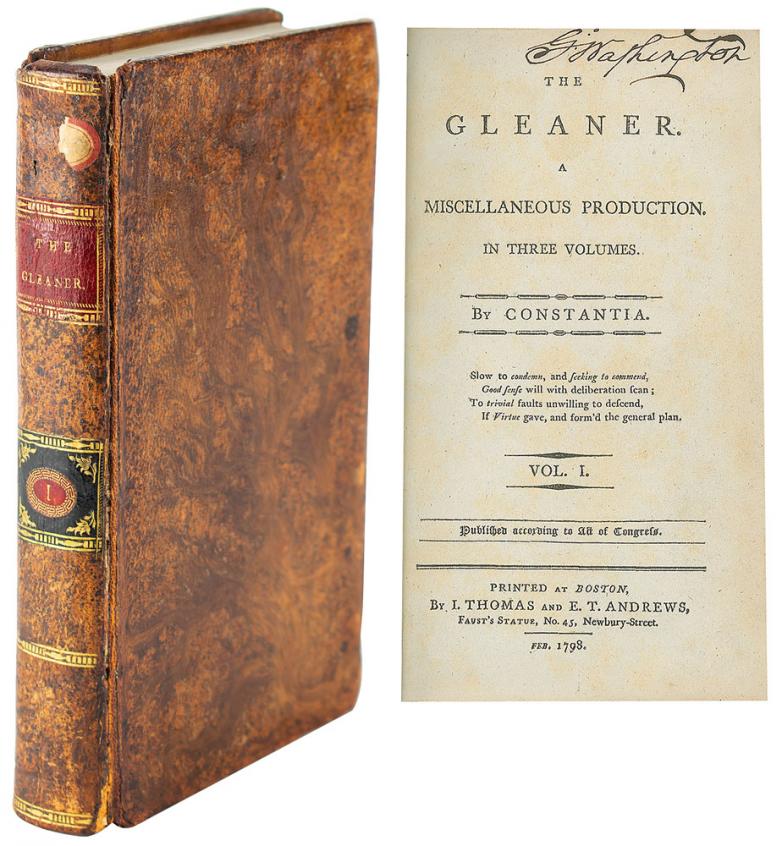 Boston — RR Auction is proud to present The Lawrence Miller Collection with online bidding Friday, May 15 through May 21.

Dr. Lawrence E. Miller, an orthopedic surgeon and psychiatrist for more than 60 years, began collecting autographs in 1960 by writing to "the people that changed the world." In his quest for confirmation of political perspectives and historical relevance, Dr. Miller sought out and personally met many US presidents, foreign heads of state, and other famous dignitaries who gladly signed his books.

As his collection grew over the decades, he shared his long-time passion for reading and studying history with his family and friends. Dr. Miller routinely spoke to his four children and eleven grandchildren of the rich history and majesty of America as a way to ensure the passage of a legacy that highlighted his thirst for learning.

This specially curated sale features more than 500 lots from Dr. Miller's collection, highlighted by books signed by presidents including a George Washington signed copy of The Gleaner.

The extraordinary signed book from George Washington's personal library: The Gleaner, Vol. I, by Constantia [Judith Sargent Murray]. First edition. Boston: I. Thomas and E. T. Andrews, 1798. Hardcover bound in contemporary sheep with morocco labels and gilt rules on the spine, 348 pages. Boldly signed on the title page in ink with his ownership signature, "Go: Washington." Loosely laid in are several early 20th-century newspaper clippings covering the disposition of George Washington's personal library upon his death, and later sales of books from it. (Estimate: $80,000+)

Among other highlights are documents by signers of the Declaration of Independence, including a Thomas Jefferson twice-signed letter. The Revolutionary War-dated one-page handwritten letter as governor, signed "Th: Jefferson," May 14, 1780. Letter to Colonel Anthony Walton White, "of the Virginia horse in South Carolina," in full: "I do myself the pleasure of transmitting to you the inclosed advice of Council and order in answer to your application to us. The board of trade inform me they have & shall immediately forward to the Southward such stores as will amount to about half the annual allowance." Jefferson addresses the reverse of the second integral page and adds his signature to the upper left. (Estimate: $6,000+)

In addition, the online offering includes a wealth of Supreme Court justices; and leading figures of world history. For more information, go to www.rrauction.com.