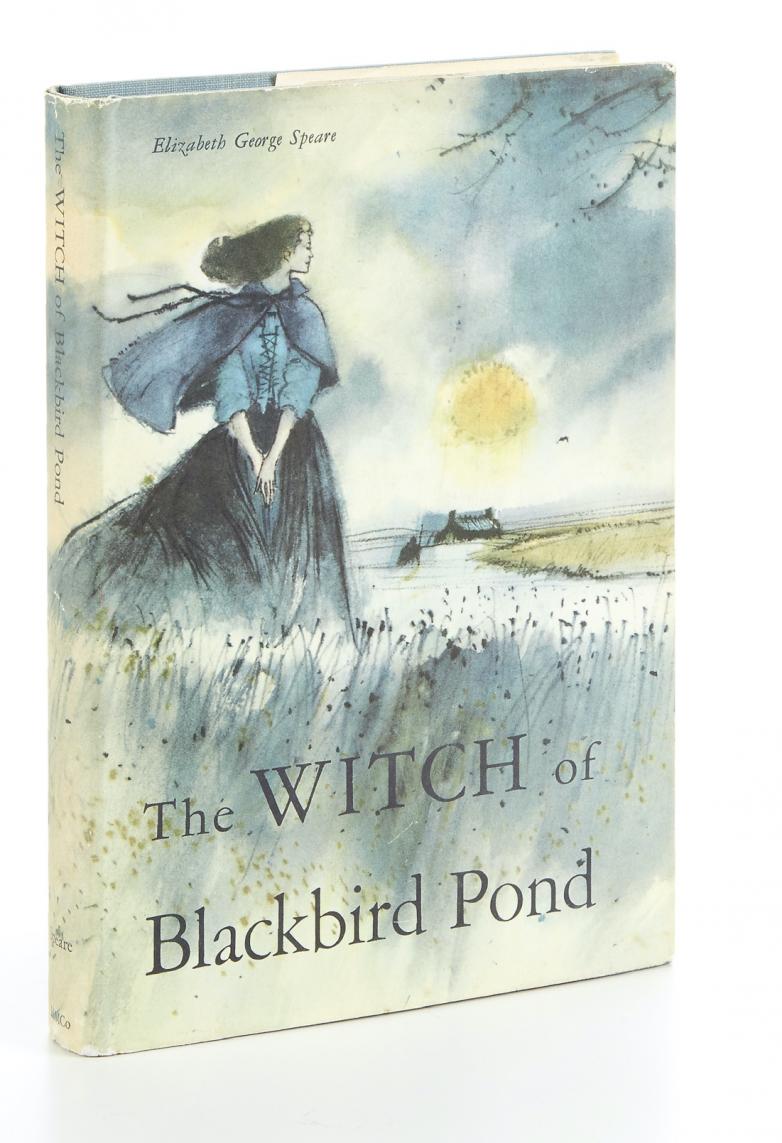 A first edition of Elizabeth George Speare's The Witch of Blackbird Pond (1958), which won the Newbery Medal in 1959.

Philadelphia — On Wednesday, March 25th, Freeman’s will hold a single-owner auction, The Martin Magovsky Collection of Children’s Books, at its new 1600 West Girard Avenue location. The 156-lot sale will showcase children’s books from the 20th and 21st centuries, including more than 100 Caldecott and Newbery Award and Honor recipients. Mr. Magovsky built his collection with an eye for up and coming authors, pristine condition, and impressive signatures—many accompanied by a handwritten line from the book or an original doodle. This auction will feature prominent authors and illustrators like Margaret Wise Brown, Maurice Sendak, Eric Carle, and Roald Dahl, among many others that have contributed to the development of modern children’s literature.

RARE, SIGNED COPY OF LAST STOP ON MARKET STREET BY MATT DE LA PEÑA
One of the highlights of the sale will be a rare signed and doodled first printing of Last Stop on Market Street (2015), written by Matt de la Peña and illustrated by Christian Robinson (Lot 117; $3,000-5,000). The story tells of a young boy learning to appreciate the beauty of his diverse, urban community through his grandmother’s example. Brought to life by Robinson’s bold and colorful illustrations, de la Peña’s writing is warm and poetic, celebrating the intergenerational love between the boy and his grandmother, and the sense of community among strangers. In 2016, Last Stop on Market Street won the Newbery Medal, and was awarded a Caldecott Honor, a Coretta Scott King Honor for the illustrator, and a Charlotte Zolotow Award Honor. It was also named in the New York Times Book Review as a Notable Children’s Book of 2015, and was a Wall Street Journal’s Best Children’s Book of 2015 recipient. This copy is signed by both author and illustrator on the title-page, and includes a line from the book, “Be a witness!” in de la Peña’s hand, and an original doodle by Robinson.

CALDECOTT MEDAL WINNERS
Among the many Caldecott award-winning books represented in the sale, highlights include a first edition of Leo Politi’s 1950 Caldecott Medal Winner Song of the Swallows (1949) (Lot 110; $400-600); a signed, dated, and doodled first edition of Matthew Cordell’s Wolf in the Snow (2017), winner of the 2018 Caldecott Medal (Lot 38; $400-600); and 1987 winner Hey Al (1986), written by Arthur Yorinks and illustrated by Richard Egielski, signed by both on the title-page (Lot 50; $300-500). The Caldecott Medal is awarded to distinguished illustrators, recognized as contributing the highest quality and most inventive art to the children’s book genre.

NEWBERY AWARD WINNERS
Like the Caldecott, the Newbery Award is bestowed once a year to an author whose work stands out as particularly well-written and innovative in the genre. Highlights in the present sale include a first edition of The Witch of Blackbird Pond (1958) by Elizabeth George Speare, winner of the 1959 Newbery Medal (Lot 132; $600-900); a first edition of Renée Watson’s 2018 winner Piecing Me Together (2017) (Lot 149; $400-600); and a signed first edition of Carry On Mr. Bowditch (1955) by Jean Lee Latham, illustrated by John O’Hara Cosgrave II, the 1956 Newbery winner (Lot 39; $300-500)

The books will be on view beginning March 19th in the new Books & Manuscripts gallery at Freeman’s new 1600 West Girard Avenue location.