AUSTIN, Texas — The Harry Ransom Center, a humanities research library and museum at The University of Texas at Austin, has introduced an online database for its entire Kraus map collection.

The 36-map collection, acquired in 1969 by Harry Ransom from the New York antiquarian dealer Hans P. Kraus, features a wide range of individual maps of Europe and America, atlases, a rare set of large terrestrial and celestial globes (ca. 1688) produced by the Italian master Vincenzo Coronelli and a group of manuscript letters by Abraham Ortelius.

"Visitors can see the remarkable foundations of modern cartography in this digital collection," said Richard Oram, the Ransom Center's associate director and Hobby Foundation Librarian. "From a medieval map that shows the world divided into three parts split by the Mediterranean Sea to an early portolan chart of the coast of Africa and a rare 1541 Mercator globe, it's all accessible from any computer desktop with an Internet connection."

Because of size and conservation considerations—some of the maps are as large as 6 by 9 feet—some of these maps have only been seen by a handful of visitors. This digital collection makes it possible for a larger public to examine the collection via the Ransom Center's website. The maps are all zoom-able, and users can view detailed close-ups of images.

Among the Kraus collection treasures are the maps, atlases and globes produced in the Low Countries during the 16th and 17th centuries by the accomplished cartographers Willem Blaeu (and sons), Gerard Mercator and Abraham Ortelius.

The single most important of these works is Joan Blaeu's enormous world map "Nova Totius Terrarum Orbis Tabula," completed in 1648. The Ransom Center's copy, one of only two known to exist and the only colored copy, survives complete with an accompanying text.

The collection also contains a manuscript map of Virginia that was produced in the earliest period of English settlement in America (ca. 1610). The map's written legends provide evidence of the attempts of the Virginia Company and the settlers to deal with the Native American tribes. The map is among the earliest of Virginia that survive; only three others from the period of the settlement are known.

Other Kraus cartographic treasures include a page from the "Etymologiae. Isidori Iunioris Hispalensis Episcopis Epistola" (1472), which was especially notable for including the small T-shaped map on leaf 181 recto, the first map of the world printed anywhere and a set of terrestrial and celestial globes produced ca. 1688. Website visitors can rotate and zoom in on the globes in the collection.

END_OF_DOCUMENT_TOKEN_TO_BE_REPLACED 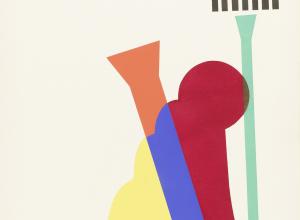