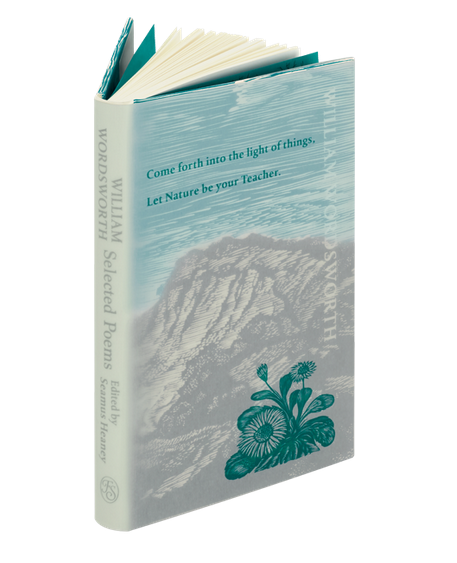 London — Published to mark the 250th anniversary of Wordsworth’s birth, this new edition includes 49 of the poet’s major works, curated and thoughtfully introduced by Nobel Prize-winning poet Seamus Heaney. The poems sit alongside a series of atmospheric woodcuts by renowned engraver Peter Reddick.

The greatest of the Romantic poets and a founder of modern verse, William Wordsworth is also the most relatable major poet of his period. Despite more than two centuries passing since he first penned his poems, they remain fresh and joyful to read. Many of his best-loved poems, such as ‘I wandered lonely as a cloud’ and ‘Lines Composed
a Few Miles above Tintern Abbey...’ are instantly recognisable, their popularity borne out of Wordsworth’s enduring appeal.

Selected by Heaney, this compact and portable edition includes the majority of Wordsworth’s most celebrated verse. Those familiar with Wordsworth’s work can revisit favourite poems, while those less well acquainted can enjoy an introduction to one of the great names in English poetry, making this is a must-have volume for every classic poetry library.

Wordsworth’s romantic depictions of the natural world are complemented by 29 exquisite wood engravings which were created by the late Peter Reddick. One of the great engravers of his era, Reddick interpreted Wordsworth’s verse with sensitivity and insight.

The edition is finished with a translucent dust jacket, in series with Folio’s beautiful edition of Selected Poems by Emily Dickinson.