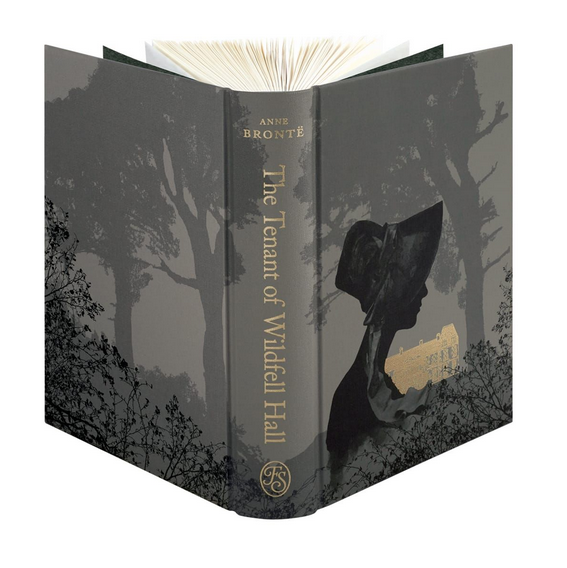 The story follows the mysterious and beautiful Helen Graham, who has recently moved into Wildfell Hall. Curious speculation turns into nasty rumours as the town deliberates on who she is, where she has come from, and what has happened to her husband...

Critically received on publication, the novel was withdrawn for years after Anne’s death, and later widely published with major editorial omissions. For this stunning anniversary edition, we returned to the first printing and have included Anne’s heartfelt preface in which she defends her work. Also included is a new introduction exclusive to this edition by novelist Tracy Chevalier, who examines the reason behind the novel’s initial negative reception: ‘Wildfell Hall is a different, wilder beast – perhaps too wild for its time.’

Beautifully bound, and full of captivating illustrations by Valentina Catto, this edition’s binding and artwork blends classic artistic techniques with a contemporary edge, perfectly marrying itself to Brontë’s radical voice.

Published in series with her sisters’ most accomplished novels, Jane Eyre and Wuthering Heights, this new edition recognises Anne’s literary achievements as equal to those of her sisters, and completes the trio of their most celebrated works.