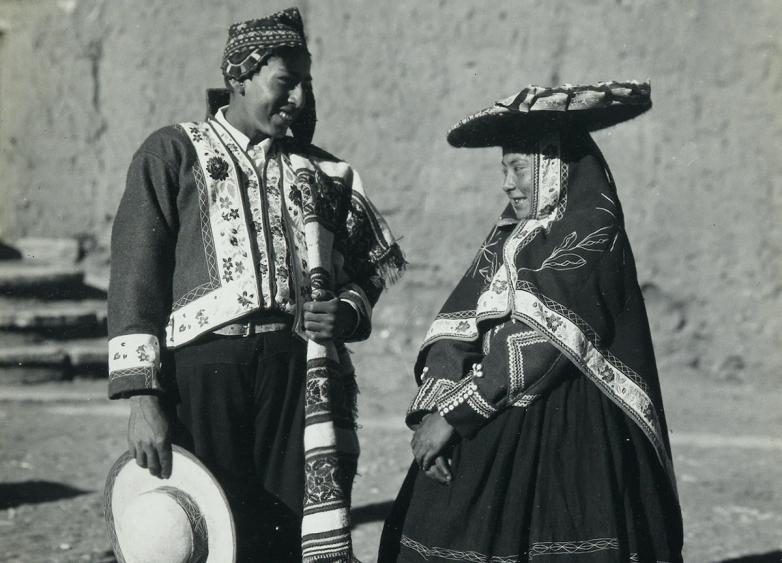 New York — The Thursday, October 21 sale of Fine Photographs at Swann Galleries will offer exceptional examples from the medium’s brightest practitioners. Works will include those made in the nineteenth century through the modern era.

The sale opens with images from the earliest years of the medium including travel photography from the Middle East and South Asia, as well as images made in the American West. Highlights feature Peru, 1947. Congreso Panamericano de Arquitectos, a 1947 presentation album with 104 original photographs, 22 being by Peruvian photographer Martín Chambi ($20,000-30,000); and a set of 14 photographs from 1863 of Big River mills and sweeping scenes of Mendocino, California by Carleton E. Watkins ($30,000-45,000).

A select group of photographs from the Collection of Aron M. Mathieu, founder of Modern Photography magazine are included in the sale. Most notable is a run of silver prints by Alfred Eisenstaedt including Grand Hotel, Saint Moritz, 1932 ($25,000-35,000); Premiere at la Scala, Milan, 1934 ($30,000-45,000); and Woman and Grandson Viewing Rembrandt’s “Night Watch” Rijksmuseum, Amsterdam, 1932 ($3,000-4,5000). Additional works include images by Henri Cartier-Bresson, Robert Doisneau, Ed Feingersh and more.

Groundbreaking color photography will include Stephen Shore’s 2nd St., Ashland, WI, chromogenic print, 1973 ($12,000-18,000); Eliot Porter’s Intimate Landscapes, a 1979 portfolio with 10 dye-transfer prints ($7,000-10,000); and The Indomitable Spirit: Photographers + Friends United Against AIDS, 1979–89, printed 1989, a curated portfolio with 9 of the original 10 prints by Richard Prince, Cindy Sherman, Robert Rauschenberg and others, as well as the offset lithograph by Barbara Kruger ($12,000-18,000). Joel Meyerowitz, Evelyn Hofer, David Hockey, Martin Parr round out the selection.

Limited open exhibition hours will be available from October 18 through October 20. Appointments are strongly encouraged and can be scheduled directly with a specialist. Swann Galleries staff will prepare condition reports and provide additional photographs of material on request. Advance order bids can be placed with a specialist for the sale or on Swann’s website, and phone bidding will be available. Live online bidding platforms will be the Swann Galleries App, Invaluable, and Live Auctioneers. The complete catalogue and bidding information is available at www.swanngalleries.com and on the Swann Galleries App.