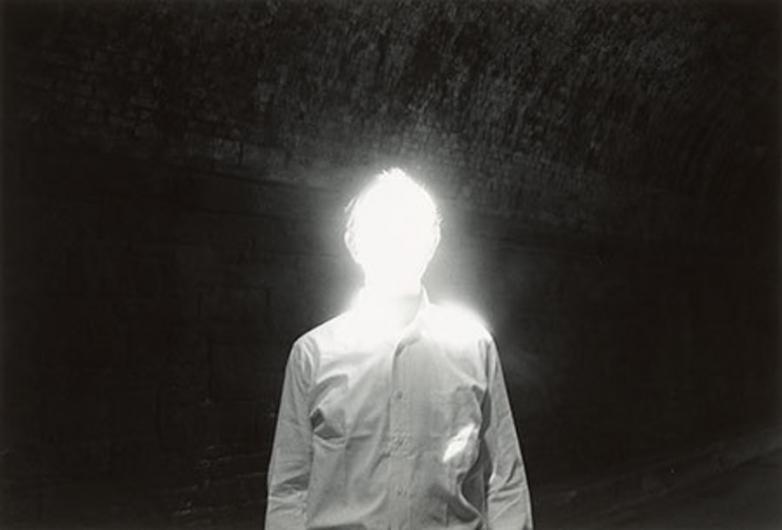 New York – The Morgan Library & Museum proudly presents an exhibition combining a six-decade retrospective of Duane Michals with an artist’s-choice selection of works from all corners of the permanent collection. Michals is known for his picture sequences, inscribed photographs, and, more recently, films that pose emotional, conceptual, and cosmic questions beyond the scope of the lone camera image. Illusions of the Photographer: Duane Michals at the Morgan (October 25, 2019 to February 2, 2020) takes viewers on a tour of the artist’s mind, putting work from his expansive career in conversation with Old Master and modern drawings, books, manuscripts, and historical objects.

The first retrospective on Michals to be mounted by a New York City institution, the exhibition is organized around animating themes in the artist’s work: Theater, Reflection, Love and Desire, Playtime, Image and Word, Nature, Immortality, Time, Death, and Illusion. It showcases his storytelling instincts, both in stand-alone staged photographs and in sequences. The exhibition also includes screenings of short films, Michals’s preferred medium in recent years.

For Michals, photography is not documentary in nature but theatrical and fictive: the camera is one of many tools humanity uses to construct a comprehensible version of reality. In his imaginative, visually rich photographs, the artist exploits the medium’s storytelling capacity. For example, the six images in I Build a Pyramid (1978) find the artist in Egypt, stacking stones in a modest pile that, from the camera’s perspective, appears to rival the scale of the ancient pharaohs’ monuments. Michals reveals that the scenario echoes his childhood habit of building cities from stones in his backyard in McKeesport, Pennsylvania. In the exhibition, Michals’s staged scenes are juxtaposed with those of his creative heroes, who include William Blake, Edward Lear, and Saul Steinberg. In his dual role as artist and curator he matches wits with writers, stage designers, toy makers, and his fellow portraitists of the past and the present.

Since 2015 Michals has focused his creative efforts on filmmaking, a natural outgrowth of his directorial habits as a photographer. On a screen in the exhibition, three short films are featured amid a cycle of over 200 photographs from the series Empty New York (1964-65), the project through which the artist first recognized his theatrical vision of reality. Michals will host two special programs of film screenings in the Morgan’s Gilder Lehrman Hall, introducing films that have never been screened publicly before.

Illusions of the Photographer revives the format of the 2015 exhibition, Hidden Likeness: Emmet Gowin at the Morgan, which The New York Times said “all but redefined the genre” of the collection dive curated by a contemporary artist. The present project is a personal one for Michals, who explains, “The Morgan literally is my favorite museum in New York. I always learn something at the Morgan. I’m so thrilled about this show, because it’s probably going to be the very last time to see me there, with all my resources and touchstones. I’m ... archaic, in a way. I’m eighty-seven! I’m of my generation. My references are not at all to what people are talking about today. I’m comfortable there, that’s where I belong—and that’s what I contribute.”

“We are delighted to present a full career retrospective of such a celebrated artist and are honored to have Duane Michals plumb the Morgan’s vaults for treasures both revered and long-forgotten. We also thank The Thompson Family Foundation, Inc. for their generous support and making this exhibition possible,” says Colin B. Bailey, Director at the Morgan.

Joel Smith, the Morgan’s Richard L. Menschel Curator and Department Head, says “Duane Michals’s art is contemplative, confessional, and comedic. It transcends the conventional bounds, and audience, of photography. Through narration and sequencing he reorients the camera towards timeless human dilemmas; he derives poetic effects from technical errors such as double exposure and motion blur. His originality and intimacy as an artist come through in the discoveries he brings to light from the Morgan’s collection.”

Illusions of the Photographer: Duane Michals at the Morgan is accompanied by an 88-page softcover catalogue featuring a wide-ranging interview with the artist and illustrations of seventy works, including his selections from the Morgan’s collection and the previously unpublished 1969 title sequence.