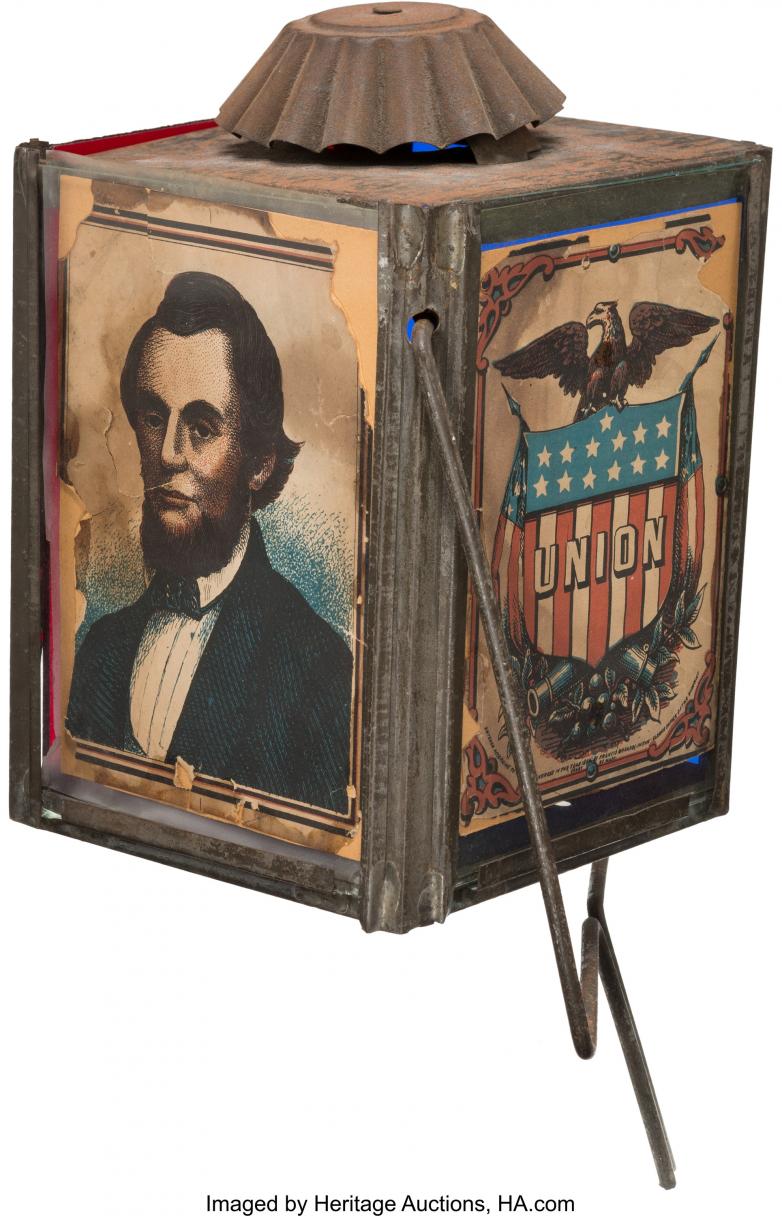 Lanterns like this Abraham Lincoln: A Fabulous, Colorful Political Glass & Tin Parade Lantern, with a candidate’s name and portrait on the side panels, were used frequently in political campaigns in the 1860s and beyond. The lanterns were attached to poles during nighttime parades and rallies.

Lincoln’s enormous popularity and the delicate materials from which the lantern was made is the driving force behind collector demand. That it survived for more than 150 years in quite nice overall condition makes the piece all the more extraordinary, Heritage Auctions’ Americana Director Tom Slater said.

“This lantern represents a rare opportunity for collectors of historical and Abraham Lincoln memorabilia,” Slater said. “They were an important part of political efforts in that era, allowing people to show their support for various candidates.

“Considering they were made mostly of paper and glass, very few have survived. There are probably only about a dozen left for all candidates. For Lincoln, who is so popular, there may be as few as three such lanterns left in private hands, so this is an extremely rare opportunity for collectors.”

The lantern, which stands 7-1/2 inches high, is pictured on page 274 of Arthur Schlesinger, Jr.’s Running for President: The Candidates and Their Images 1789-1896.