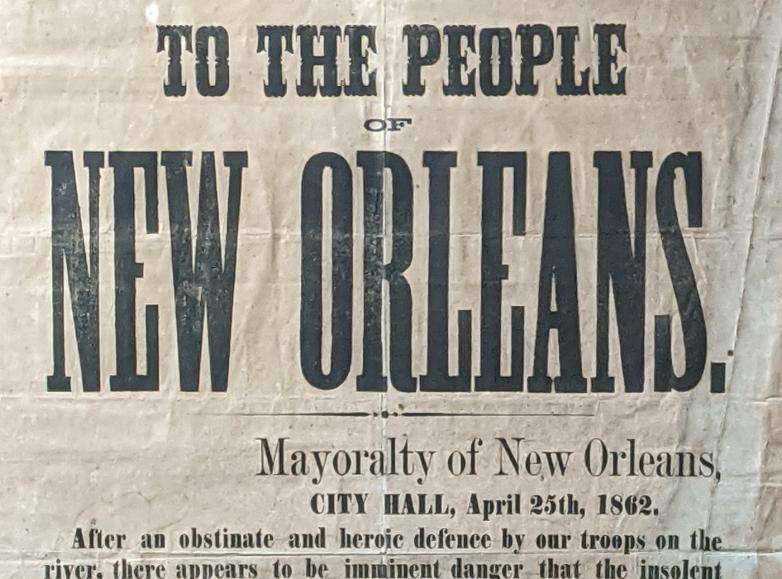 Detail from a New Orleans Confederate broadside from 1862.

Lakeville, CT — AntiquarianAuctions.com sale #7 is large: with over 400 lots from many different subjects and Antiquarian disciplines, there is something for everyone. “The one constant has been our unwavering commitment to the uncommon and unusual” (Adam Langlands). 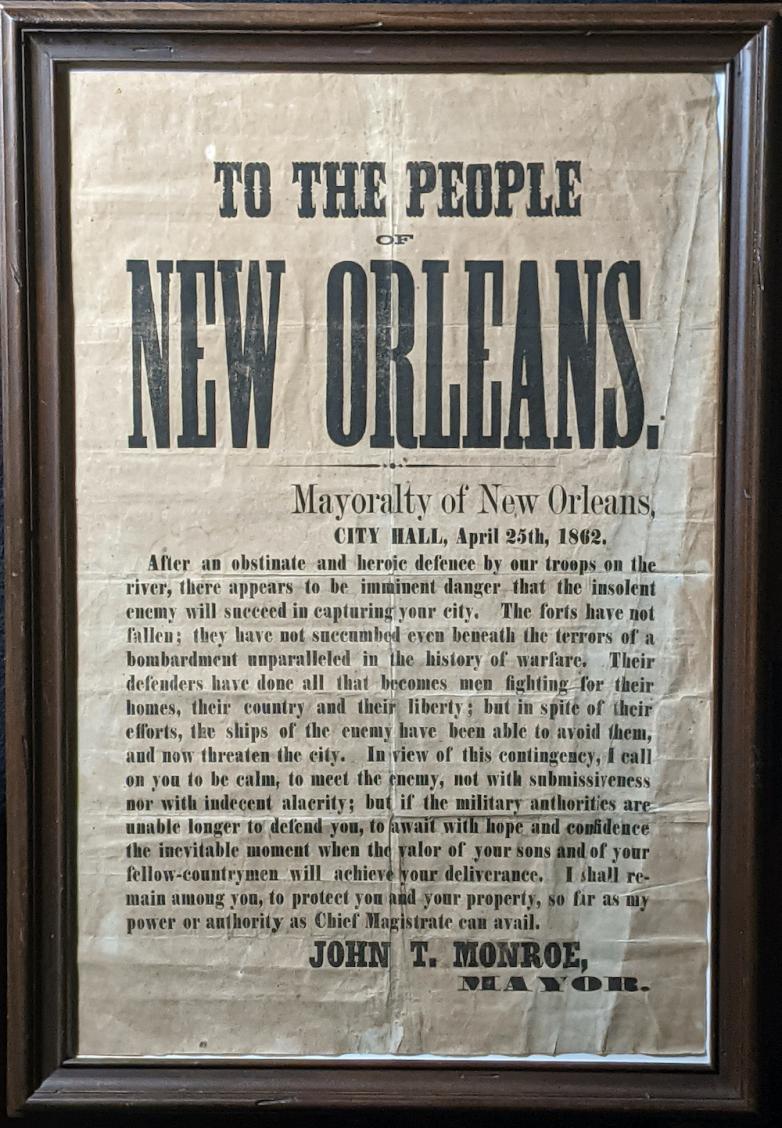 A short-title dip into the sale produces: Feminism of the 1970s (lot 373); a New Orleans Confederate broadside from 1862 (lot 309, see image); a wooden panel painted in about 1910 by the ‘Spanish Forger’ (lot 273); a 13th-century Latin translation from Aristotle (lot 160); a selection of unusual maps and atlases; six Indian annual diaries from between 1923 and 1951 (lot 34); a manuscript Chinese-English Syllabic Dictionary, c.1845-1860 (lot 33); a selection of illuminated leaves [16th century and earlier]; Derek Taylor’s biography, signed by and edited by George Harrison (lot 301); multiple-scene jigsaw puzzles celebrating the Centennial International Exhibition of 1876, with their original box (lot 58); a group of illustrated works by Robert Andrew Parker; original artwork in various mediums by Parker and others; interesting photo albums, glass slides or individual photos, from the 1860s onwards; intriguing literature and poetry (some very rare).

If you would like further information, please call Adam Langlands (860) 248-1547 or email him at: adamlanglands@gmail.com.