Early Printing of the Bill of Rights Offered by Heritage Auctions 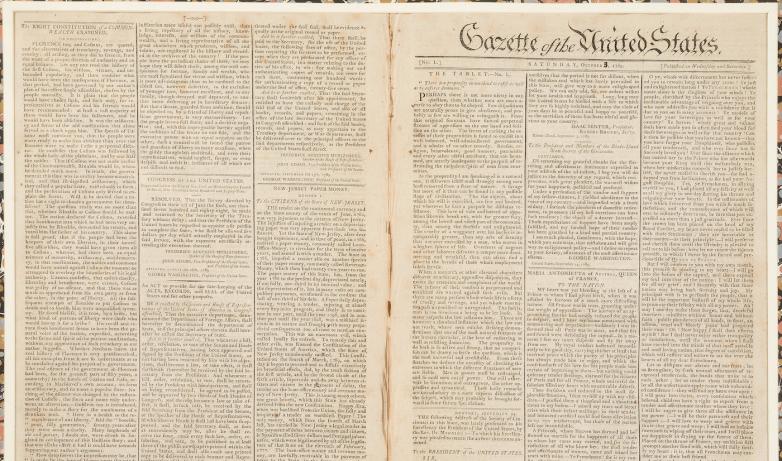 Dallas — One of the first public printings of the Bill of Rights will cross the auction block this month as part of Heritage Auctions' Dec. 9-10 Rare Books Signature® Auction.

Printed Oct. 3, 1789, in the Gazette of the United States newspaper, the issue includes the complete text of the 12 amendments to the U.S. Constitution proposed by Congress on Sept. 25, 1789, as part of a joint resolution. On Oct. 2, copies of the proposed amendments were sent to each of the 13 state legislatures for ratification. The following day, the Gazette featured the complete text of each of the proposed amendments.

As history shows, however, the state legislatures ratified only 10 of the 12 proposed amendments, leading to what we now know of as the Bill of Rights.

"This is an interesting and important part of American history," says James Gannon, Director of Rare Books at Heritage Auctions. "More specifically, it's an important example of democracy in action."

The first proposed amendment, concerning the number of congressional representatives per state, was never ratified. And the second one — stating "no law varying the compensation for the services of the Senators and Representatives, shall take effect, until an election of Representatives shall have intervened" — was eventually ratified in 1992, more than two centuries after it was initially proposed.

Now, 232 years after it was published, this rare printing documenting a turning point in our country's history lives on, as does the democracy it chronicles.