Doyle New York is honored to auction the New York City Bar Association Rare Book Collection. The Collection will be offered in several landmark auctions, with the first sale of over 300 lots taking place on Monday, November 24, 2014 at 10am. Subsequent sales will be held in 2015.

The New York City Bar Association is America’s oldest bar association, and its library is among the largest member-supported law libraries in the nation. This internationally respected research facility has among its primary source material statutes, case law and regulations from all federal and state jurisdictions. Over the years, the library has acquired an extensive collection of rare and historic law-related volumes.

“While we have treasured all of the one-of-a-kind books that have come to our library over the past century and a half, the City Bar’s focus is on serving the legal profession. Making the works available for auction will better lead to their preservation for future generations,” said Richard Tuske, Director, Library of the New York City Bar Association.

The sale of such a distinguished collection presents collectors, curators, dealers and academic institutions with a unique opportunity to acquire rare and important material associated with the birth of our nation and its westward expansion. Also to be offered is a group of early printed books, including several legal incunabula.

The City Bar’s collection is rich in many facets of law, and is especially strong in Americana. In that field the collection includes a deep survey of early colonial laws, rare territorial printings, state laws, numerous Benjamin Franklin imprints, a remarkable collection of material concerning constitutions, both federal and state, and the first acts of the United States government. A number of these works are so rare that no copies have been offered at auction since 1900 or before, and some have never appeared.

Highlights of November 24 auction include the first edition in two volumes of The Federalist, 1788, signed by Michael Hillegas, the first Treasurer of the United States (est. $60,000-80,000). Also noteworthy is an unrecorded copy of the 1796 Maxwell Code, the first book printed in Ohio, a fabled rarity of the Northwest Territory (est. $70,000-100,000).

Material relating to New York features a Revolutionary War-date letter from George Washington to Governor George Clinton regarding the evacuation of New York City (est. $15,000-25,000) and the Peter Zenger edition of the 1735 Charter of the City of New York (est. $20,000-30,000). Certain to attract attention is the earliest known contemporary manuscript copy (circa1787) of Alexander Hamilton’s practice manual titled Practical Proceedings in the Supreme Court of the State of New York (est. $15,000-25,000).

An excessively rare South-Western offering is the scarce Kearny Code for New Mexico, printed in Santa Fe in 1846 (est. $10,000-15,000). Among the regional offerings are the first constitutions of Hawaii in both the English and Hawaiian editions (est. $3,000-5,000); also a bound volume containing the first printings of the laws of Tennessee, printed in Knoxville between 1794 to 1798.

In early printing, the collection includes three important American-printed 17th century legal imprints, including the Boston 1672 The general laws and liberties of the Massachusets Colony (est. $5,000-7,000). The 1662 London Laws of Virginia (est. $10,000-15,000) is of legendary rarity, and is one of several early London-printed Colonial laws in the collection. Certain to attract attention is a collection of legal incunabula, the earliest of which is Johannes de Imola In Clementinas Opus of 1475, bound with the very rare Cepolla Cautelae 1473/4 (est. $8,000-12,000).

The public is invited to the exhibition at Doyle New York on November 21 through 23. Private previews are available in advance by appointment.

THE NEW YORK CITY BAR ASSOCIATION
The New York City Bar Association, a voluntary association of more than 24,000 lawyers and law students, was founded in 1870. Since 1896, the organization, officially known as the Association of the Bar of the City of New York, has been headquartered in a landmark building on Manhattan’s West 44th Street between Fifth and Sixth Avenues.

END_OF_DOCUMENT_TOKEN_TO_BE_REPLACED 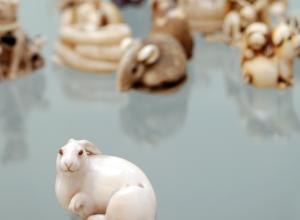