C.S. Lewis Titles from Library of Author's Friend to be Sold 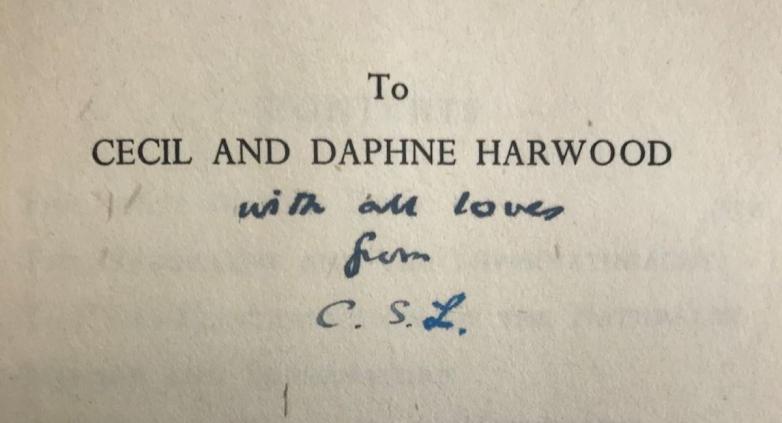 Leyburn, North Yorkshire, England — A highly important collection of C. S. Lewis titles from the library of the author’s lifelong friend Cecil Harwood (1898-1975) is to be offered in Tennants Auctioneers’ Books, Maps & Manuscripts sale on 28 July 2021. 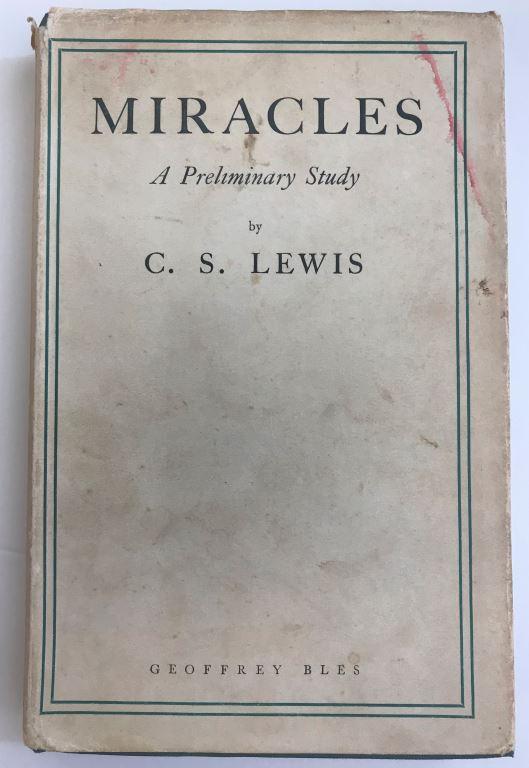 Cecil Harwood attended Highgate School with philosopher and poet Owen Barfield and won a classical scholarship to Christ Church, Oxford, which he took up in Hilary term of 1919 following active service on the Western Front with the Royal Warwickshire Regiment. He met Lewis at Oxford shortly after his arrival. He moved away from Oxford after completing his studies and is therefore not typically reckoned among the usual rollcall of the member of Inklings, the literary discussion group. However, Harwood and Lewis remained lifelong friends, and his and Barfield’s spiritual opinions and their embrace of the anthroposophy movement were a strong influence on Lewis’s own religious development. Lewis recalled his first impressions of the young Cecil Harwood in his spiritual autobiography Surprised by Joy (1955):

‘Closely linked with Barfield of Wadham was his friend (and soon mine) A. C. Harwood of the House, later a pillar of Michael Hall, the Steiner-rite school at Kidbrooke (Sussex) and an anthroposophist. He was different from either of us; a wholly imperturbable man. Though poor, like most of us, and wholly without prospects, he wore the expression of a 19th-century gentleman with something in the funds […] He has been tried since by all the usual sorrows and anxieties. He is the sole Horatio known to me in this age of Hamlets: no “stop for Fortune’s finger.”’

Highlights of the collection include the dedication copy of Lewis’s 1947 work Miracles (estimate: £300-500 plus buyer’s premium), inscribed by Lewis for Cecil and his wife Daphne (a friend of Lewis’s in her own right), five further presentation copies of Lewis’s works, all inscribed by him to Cecil or Daphne, and numerous further C. S. Lewis titles with Harwood’s ownership inscriptions or his annotations indicating their presentation by the author. Leading the collection is C. S. Lewis’s personal annotated copy of Snorri Sturlason’s Heimskringla (Cambridge, 1932), a hugely evocative literary artefact shedding light on his mature engagement with the Norse sagas which had first stimulated his ‘imaginative Renaissance’ as a young schoolboy (estimate: £700-1,000 plus buyer’s premium).