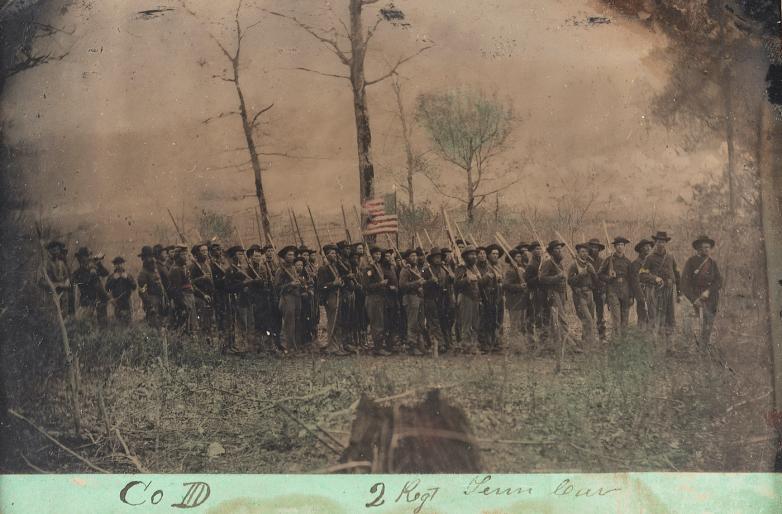 Cincinnati, OH – On June 21 and 22, Hindman Auctions’ American Historical Ephemera & Photography sale realized $989,781. The Civil War and American Militaria Collection of Bruce B. Hermann was the focal point of the auction, with bidders eagerly competing for this celebrated collection. Rare military uniforms were among standout lots from the Hermann collection offered on the second day of the sale, while outstanding Civil War era and 19th century photographs highlighted the first day of the auction.

On June 22, Hindman presented the Civil War and American Militaria Collection of Bruce B. Hermann, which achieved an impressive sell-through rate of 96 percent. Hermann has an extensive background in American and Western European military history, with more than 30 years of experience collecting and dealing in 16th to 20th century militaria. Hermann also served as an appraiser on the PBS series The Antiques Roadshow for 11 seasons.

Standout lots from the Hermann Collection included a Uniform of the "Cladek Zouaves," identified to Private Alfred T. Brophy, Co. K, 35th New Jersey Infantry (lot 370) which exceeded its estimate of $9,000-12,000 to sell for $20,000. The uniform highlighted a notable selection of lots related to the Zouave regiments.

A collection of items attributed to Thomas W. Johnson, Co. K, 4th Delaware Infantry, including a frock coat, cap, belt rig, and cartridge box was another noteworthy lot (lot 434), achieving $10,635. An archive identified to Brigadier General Lansing B. Swan, including a New York militia frock coat, belt, epaulettes, and daguerreotype (lot 432) exceeded its estimate, selling for $8,125 against a presale estimate of $4,000-6,000.

Military headgear was also among top performers from the Hermann Collection, including a 4th Rhode Island Infantry kepi identified to Captain Martin Page Buffum, POW at Petersburg (lot 349) which realized $7,500 and a Model 1832 U.S. Infantry Shako for enlisted soldier (lot 297), which sold for $6,875.

"It was an honor to present the Hermann Collection at auction, which contained an incredible range of high-quality historical militaria and ephemera built by someone with extensive knowledge and experience in the field," shared Hindman's Senor Specialist in American Historical Ephemera and Photography, Katie Horstman. "We are pleased with the strong response we received to such a singular collection."

Emerging as the top lot of the first day of the auction was the Rosborough family archive (lot 246), which sold for $37,500 against a presale estimate of $15,000-25,000.  The archive included letters relating to the California Gold Rush, the Modoc War, the Klondike Gold Rush, and early settlement and mining operations in Idaho Territory, Utah Territory, Nevada, and Texas. The Rosborough family played a critical role in many defining moments during the period of Western expansion in the United States. The archive consists of more than 200 items predominantly authored by Alexander Madison "A.M." Rosborough (1815-1900) and Joseph Brown "J.B." Rosborough (1821-1901), two Tennesseans who led a wagon train westward to California in 1850 and remained in the West cementing legacies as pioneers and businessmen.

Hindman's standing as a market leader in Civil War-era and 19th century photography was proven again in this auction. Leading the offerings in the category of historic photography was a half plate tintype showing Company D, 2nd Tennessee Cavalry Regiment in the field (lot 37). Images showing Union soldiers from Tennessee are exceptionally rare, and bidders drove the selling price up to $20,000 against an estimate of $3,000-4,000. Ninth plate daguerreotypes featuring John W. Draper and his wife by photographer Charles Rees (lot 117) climbed past its $10,000-15,000 estimate to sell for $21,250. Draper was among a handful of New Yorkers who claimed to have made the first portrait daguerreotype in America. Draper collaborated closely with Samuel F. B. Morse in making some of the first daguerreotypes.

An additional standout in historic photography was an exceptional album containing 120 CDVs of Union generals and officers, including Joshua Chamberlain and George A. Custer by Mathew Brady (lot 54A), which sold for a top price of $22,500. A group of two hand-tinted daguerreotypes of firefighters, including quarter plate and sixth plate images (lot 121) sold for $10,625 against an estimate of $8,000-12,000.