Christie’s to Offer Major Surrealism Collection this May 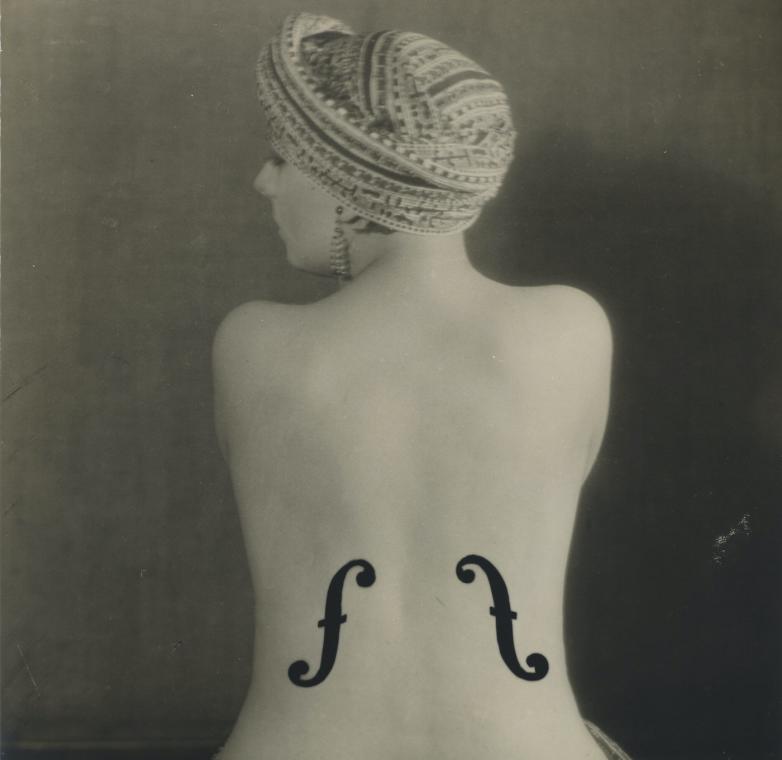 New York – This May, Christie’s is honored to present The Surrealist World of Rosalind Gersten Jacobs & Melvin Jacobs. This collection, born from personal bonds with artists and a deep love of art, includes an incredible selection of fine art, photography, jewelry, posters and ephemera. Many of the works were created from moments of spontaneous inspiration and creative collaboration, truly embodying the spirit of the Dada and Surrealist movements. The collection will be offered in a live single-owner sale in May at Rockefeller Center, with subsequent works to be sold in a dedicated online sale. In total, the sales are estimated to realize in excess of $20 million. The sale’s top lot is Man Ray’s iconic Le Violon d’Ingres. Estimated at $5,000,000 – 7,000,000, it carries the highest estimate of any single photograph in auction history.

Marc Porter, Chairman, Christie’s Americas, comments: “It is a true pleasure for Christie’s to present the celebrated collection of Rosalind Gersten Jacobs & Melvin Jacobs during our New York marquee week this spring. Spanning Surrealist photography, painting, sculpture, jewelry and more—the examples within this collection represent the absolute finest across a wide range of categories. The outstanding pieces come together harmoniously in this unmatched collection, standing as a testament to the Jacobs’ superb taste and artistic sensibilities, beautifully reflecting the depth and meaning of the friendships they developed with Man Ray, Duchamp, Copley, and many more of the most important artists of the 20th century.”

Darius Himes, Christie’s International Head of Photographs, comments, “The Rosalind Gersten Jacobs & Melvin Jacobs Collection is extraordinary and built through intimate relationships with the artists in their circle. Le Violon d’Ingres, 1924 by Man Ray of Kiki de Montparnasse is inarguably one of the most iconic works of the 20th century. This beguiling Surrealist image is the result of a unique and hand-manipulated darkroom process. While reproduced countless times and having seeped into the popular consciousness, the artist held onto this work, the original, until 1962 when the Jacobs became its custodian. The reach and influence of the image, at once romantic, mysterious, roguish, and playful, has captured the minds of all for nearly 100 years. As a photographic work, it is unprecedented in the marketplace. We are proud to handle it.”

Cyanne Chutkow, Christie’s Deputy Chairman, Impressionist & Modern Art, comments: “We are honored to offer this special collection comprised of a diverse breadth of art by both European and American Surrealist artists, whom the Jacobs felt were kindred spirits—and many of whom they would champion professionally when the artists were in financial straits. Every work in the collection bears a unique story and each anecdote further highlights the value of those close friendships. Though the works by Man Ray are at the heart of their collection, the Jacobs also acquired six exquisite works by René Magritte which revel in the juxtaposition of artifice and illusion, mass and volume, and representation itself. The enigmatic gouache Eloge de la dialectique was given as a birthday present by William and Noma Copley to Rosalind Gersten Jacobs, which would become the starting point of their collection (estimate: $2,500,000-4,500,000) and the majestic oil painting L'autre son de cloche (estimate: $4,000,000 – 7,000,000), was presented by the Copleys several years later as a wedding gift.”

Peggy Jacobs Bader, Daughter of Rosalind Gersten Jacobs & Melvin Jacobs, comments, “My parents had close friendships with a number of extraordinary surrealist artists, most notably Man Ray, Marcel Duchamp, and Bill and Noma Copley. They introduced Roz and Mel to Surrealism and to other members of that creative community, who wholeheartedly embraced these two young and creative fashion retailers. The artists were mentors who not only inspired and guided my parents but also, essentially, were instrumental in curating the collection. The acquisition of nearly every piece has a unique and intimate story behind it. The joyful spirit of my parents’ relationship with the artists is reflected in the works they amassed. In viewing the collection, one gets a visceral sense of my parents’ love of Surrealism, their discerning eye for great art, their playfulness and, at times, their mischievousness. I am delighted to offer the collection for sale together with Christie’s in the Spring of 2022.”

An American fashion buyer and retail executive, Rosalind Gersten Jacobs was first introduced to Surrealism in 1954 by gallerist, patron and artist, William Copley, and his wife, Noma, and through the couple, she met Man Ray. This fateful meeting would mark not only the beginning of Rosalind’s lifelong journey of collecting, but it would chart her on a new path of artistic discovery, and launch a number of close-knit friendships with artists including Marcel Duchamp, René Magritte, Max Ernst, Dorothea Tanning, and more. More than solely a collector or patron of Man Ray, Rosalind Gersten Jacobs was, as Wendy Grossman put it, an “accomplice in [his] creative experimentation,” remaining an ardent champion of the artist until his death in 1976.

Highlights from the collection will tour to London, Paris, and Hong Kong before returning to New York where they will be on view at Christie’s Rockefeller Center galleries ahead of the sales in May.