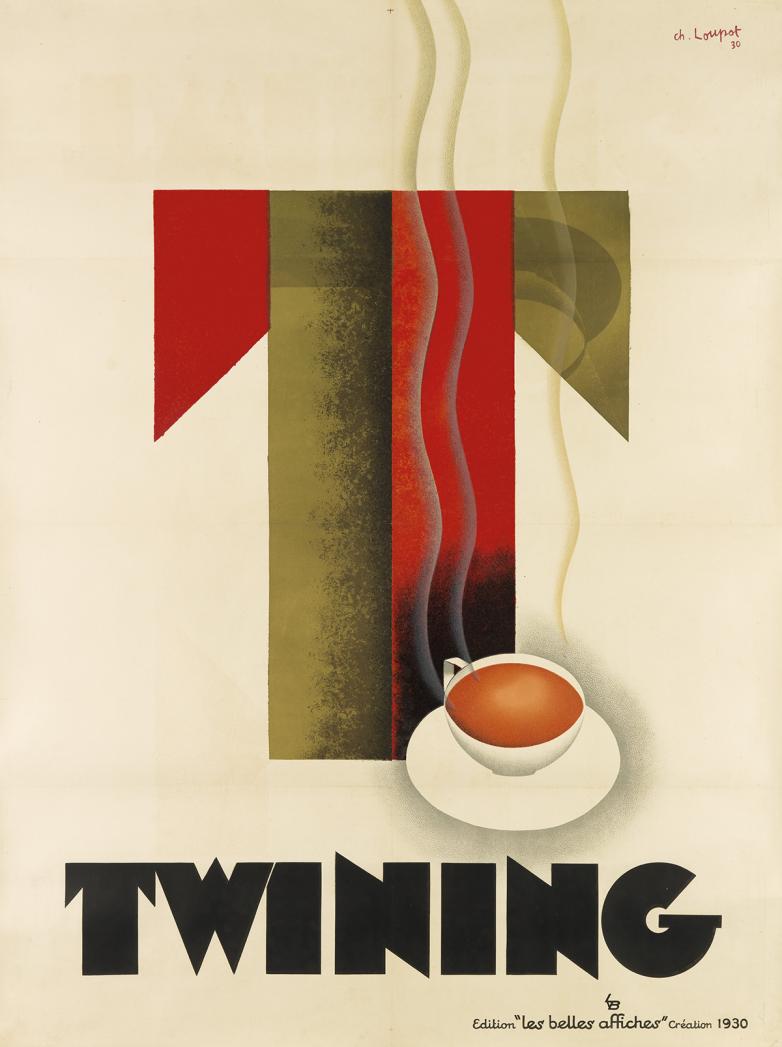 New York – Swann Galleries’ auction of Graphic Design on May 23 offered a selection of vintage posters by important designers from the twentieth century, boasting auction debuts and five auction records.

Charles Loupot’s luxury advertisements from the early twentieth century led the sale. Highlights included a 1926 poster for the French automobile company Peugeot which earned an auction record at $37,500, and Wanneroil / Huile du bon Chauffer, 1926, a first at auction that garnered $22,500. Also of note was a 1930 ad for Twining Tea, which sold for $20,000.

Nicholas D. Lowry, President and Principle Auctioneer of Swann Galleries and Director of Vintage Posters, was pleased with the sale: “Dealers and institutions were mere involved in this auction than in previous years, suggesting that the market is expanding. A number of record prices were set, and some fantastic material came to the market for the first time.”

The next auction of Vintage Posters will be held August 7. Visit swanngalleries.com or download the Swann Galleries App for catalogues, bidding and inquiries.