Bond Abounds in Literature Auction at Swann on May 14 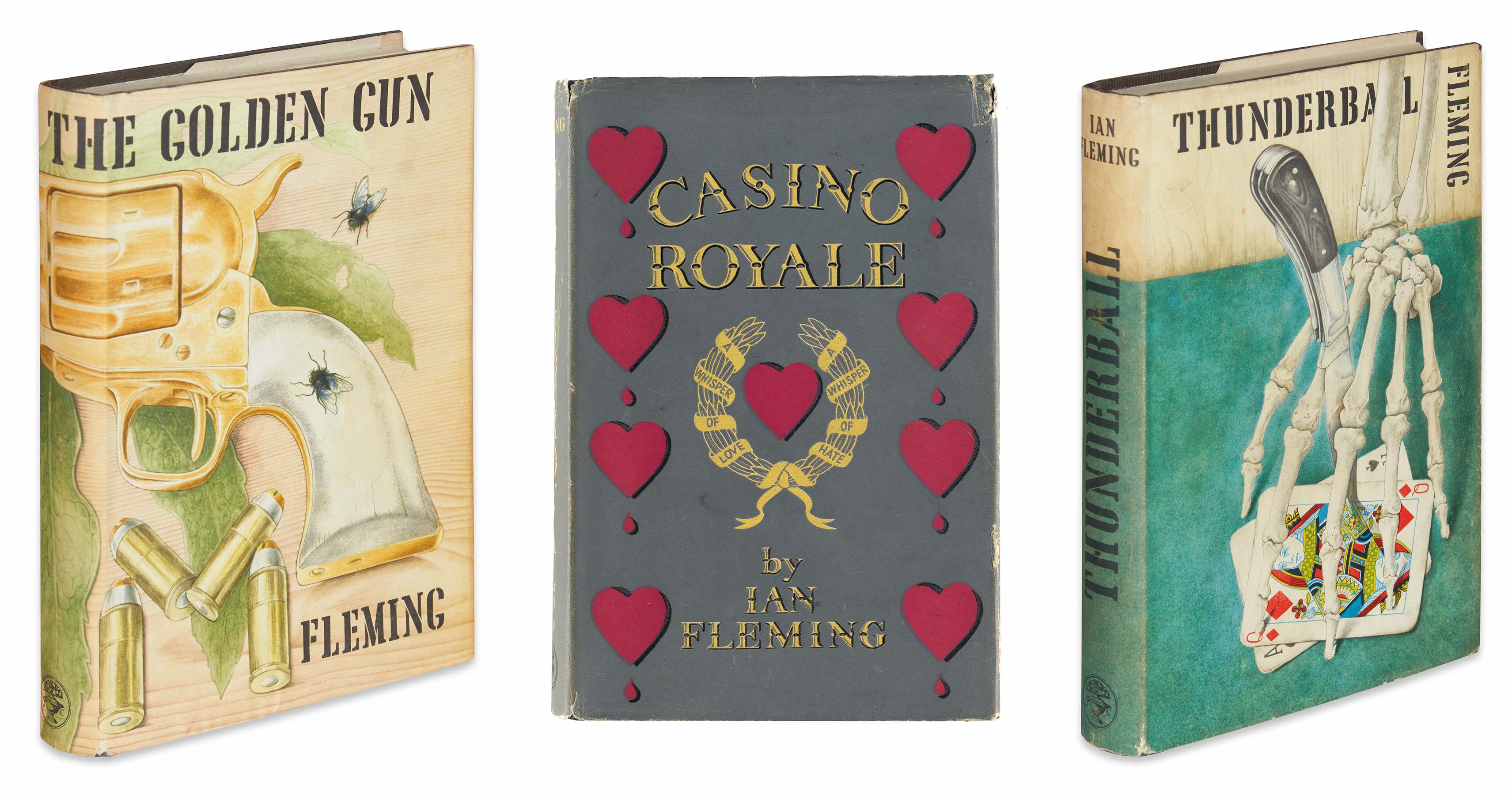 Significant material by the man behind James Bond includes a first edition of Casino Royale, 1953, Fleming’s earliest Bond novel (Estimate: $12,000-18,000). A first edition, presentation copy of Thunderball, 1961, features with an inscription to Charles Douglas Jackson, the Deputy Chief at the Psychological Warfare Division at Supreme Headquarters Allied Expeditionary Force in the U.K., and friend of Fleming’s who was revealed to be a CIA agent following his death in 1964. A first edition of Goldfinger, 1959, is signed and inscribed to Sir Henry Cotton, MBE, a noteworthy professional golfer ($12,000-18,000, each). Also present is the rarest Bond title of all: a first edition, first impression of The Man with the Golden Gun, 1965, that has the gilt gun stamped on the front cover ($6,000-9,000).

The sale is led by a scarce presentation copy of Security Analysis, 1934, likely the first known to bear the signature of its principal author, Benjamin Graham. This first edition, second printing, is inscribed to a Wall Street trader who was a contemporary of the author and is estimated at $18,000 to $25,000.

Early twentieth-century titles of note include the first American edition of Virginia Woolf’s first book, The Voyage Out, 1920, in the rare dusk jacket, of which only two have been traced at auction ($2,000-3,000). A first edition in the dust jacket with cover art that reproduces the frontispiece of Gaston Leroux’s The Phantom of the Opera, 1911, will have its inaugural auction appearance ($12,000-18,000). Also of note: a first edition of Ernest Hemingway’s A Farewell to Arms, 1929, signed and inscribed to an Eleanor, with a note indicating that the book belonged to Eleanor Young-the niece of Georgia O’Keeffe ($3,500-5,000).

A signed first edition of Hugo Gernsback’s Ralph 124C 41+. A Romance of the Year 2660, 1925-one of the foundational texts in the science-fiction pantheon-comes across the block estimated at $7,000 to $10,000. Fresh-to-market Ray Bradbury material from the estate of Stanley Simon includes signed typescripts Way in the Middle of the Air and Payment in Full, late 1940s ($400-600 and $500-750, respectively), signed screen and stage treatments for Something Wicked This Way Comes, 1976, ($300-400), and all manner of ephemera. Also of note is a first edition of H.P. Lovecraft’s The Outsider and Others, 1939, with the author’s signature laid-in. The work is the first collection of Lovecraft’s writing as well as the first book published by Arkham House, and is expected to bring $2,000 to $3,000.

From the nineteenth century comes Ralph Waldo Emerson’s copy of the reconstituted issue of the Transcendentalist periodical The Dial: A Magazine for Literature, Philosophy, and Religion, 1860, with notations in his hand ($2,500-3,500). The publication features first appearances in print by Emerson and Henry David Thoreau. A signed author’s edition of Leaves of Grass, 1876, by Walt Whitman ($4,000-6,000), as well as the first American edition of Mark Twain’s Adventures of Huckleberry Finn, 1885, with key first-issue points, will be on offer ($2,500-3,500).
Spectacular bindings include the limited Saint Dunstan edition of Shakespeare’s Sonnets, 1901, bound by Trautz-Bauzonnet and illuminated throughout by Nestore Leoni. The present copy is 11 of 30, with 18 having been reserved for sale in America and 12 for Europe, estimated at $6,000 to $9,000.

Exhibition opening in New York City May 10. The complete catalogue and bidding information is available at swanngalleries.com and on the Swann Galleries App.