Paris — Christie’s Books department is extremely pleased with the success achieved for the first part of Paul Destribats’s collection (607 lots dating from the 1910s to 1945) which realised a total of €8,116,813, far beyond its presale global estimate of €5-7 million. International interest with buyers coming from 20 countries confirms the exceptional and unique character of this collection in the history of art. The emblematic texts about Surrealism attracted institutions and bibliophiles, aware of this rare opportunity to acquire iconic books, such as the Second Manifeste du Surréalisme by André Breton, enriched with a superb photographic binding executed by Paul Bonnet which was preempted by the Bibliothèque nationale de France for €442,000, four times its presale estimate.

Further highlights included the Prose du Transsibérien by Blaise Cendrars and Sonia Delaunay which sold for €334,000 while a remarkable set of one of the most important texts signed by Cendrars, J’ai tué with a beautiful binding by Georges Leroux, realised €218,750 (estimate €60,000-80,000).

One of the two only known sets of Man Ray’s Champs délicieux with all the photographic plates signed by the artist was acquired for €346,000. 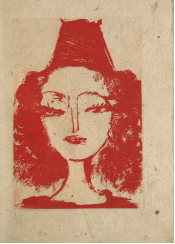 Adrien Legendre, Director of the books department: “It was such an honor and a pleasure to organize the first sale of this extraordinary collection gathered by Paul Destribats who dedicated part of his life to the 20th century Avant-Gardes, sometimes to the point of obsession. This collection is the most important in this field and our team is pleased to have been part of ensuring that these precious books and manuscripts are now in the hands of passionate private collectors or entering prestigious French and international institutions. This recognition celebrates the knowledge, the passion and the flair of Paul Destribats, who now enters the pantheon of the most brilliant collectors.” Jean-Baptiste de Proyart, expert of the sale: “The first three sessions of the Bibliothèque des avant-gardes, a collection formed over half a century by Paul Destribats, resulted in a resounding success as demonstrated by the triumph of La Barre d’appui by Paul Eluard, illustrated by Pablo Picasso which sold for €532,000. This success highlights Paul Destribats’s genius as a collector. Further confirmation of this was the success of the Second manifeste du Surréalisme (Paris, Editions Kra, 1934) at the Bibliothèque nationale de France. This iconic binding, embodying the avant-garde’s innovations, is part of the 8-photographic binding-corpus by Paul Bonet exhibited at the Salon d’automne in 1934. Until yesterday, the Bibliothèque nationale de France did not possess any of them. It is such a joy for the literary world and for all of us, Christie’s France, Claude Oterelo and myself, to see this gap now fulfilled”.