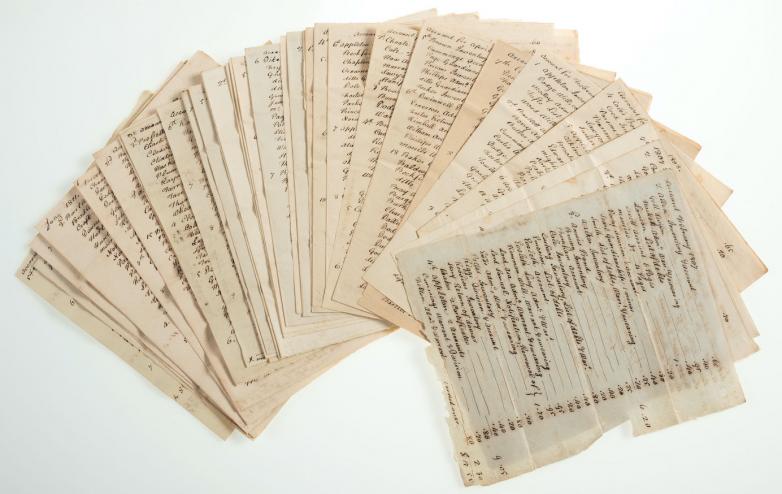 The standout lot of the sale was an archive of more than 200 letters related to Danvers, Massachusetts physician and statesman Dr. Samuel Holten, who was an officer during the Revolutionary War and a delegate to the Continental Congress (lot 10), which realized over four times its presale estimate, ultimately selling for $46,875. Philip Henry Sheridan's personal headquarters flag (lot 226), used when he led the 2nd Michigan Cavalry during the spring and summer of 1862, climbed past its presale estimate of $20,000-$30,000 to ultimately realize $40,625. A half plate daguerreotype of firefighter Walter Van Erven Dorens sold for more than double its presale estimate (lot 245), realizing $31,250.

Other sale highlights included a previously unknown quarter plate daguerreotype of Zachary Taylor (lot 241), which sold for $16,250, more than double its presale estimate. A presidential "Standard" flag identified to Theodore Roosevelt’s administration (lot 308), from Navy Yard, New York also saw excellent bidding activity and ultimately realized $15,000, five times its presale estimate. The navy flag features an appliqued federal eagle with embroidered detailing holding an olive branch and 13 arrows in its talons and is superimposed by a federal shield. A Union Forever! Lockwood Legion! poster also exceeded its estimate, selling for $12,500 against an estimate of $4,000-6,000.

Bidding for the June 25 auction was available via absentee bid, by phone, or live online on Cowan’s website. Hindman continues to welcome consignments for upcoming American History auctions including a November American Historical and Photography auction.