Aramont Library Donated to the Library of Congress 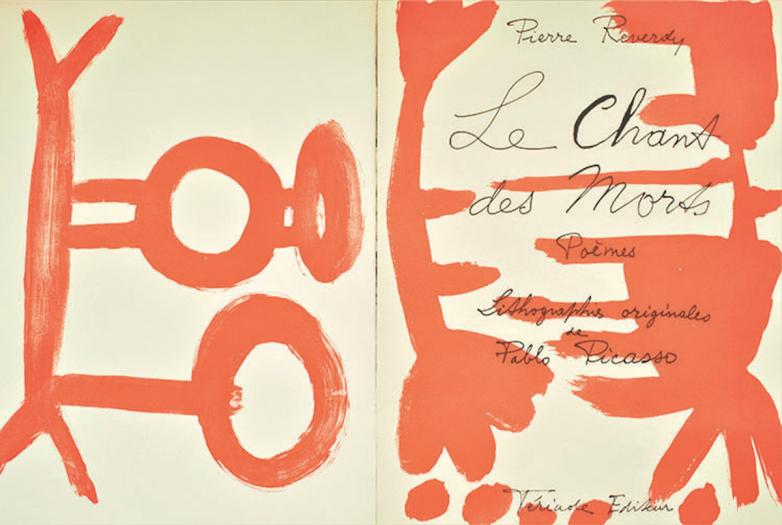 Washington, D.C. — The Library of Congress has acquired the Aramont Library, a collection of rare books from some of the most prolific authors and artists of the 19th and 20th centuries. The gift by a donor who wishes to remain anonymous marks the first time the Aramont Library has been made available to the public.

To enhance the Aramont collection’s accessibility to the general public, the donor also gave the Library of Congress a $1 million endowment to fund virtual public programming beginning in 2021. Library curators will present a number of virtual events to highlight and discuss the significance of such publications on the broader history of the book and modern book production.

“The Aramont Library is a monument to Western creativity in art and literature over the last two centuries. Every book in the collection strikes a perfect balance between book design, illustration and binding,” said Stephanie Stillo, curator of the Aramont Library. “It is an exciting and welcome addition to the Rare Books and Special Collections Division, and we look forward to introducing the collection to the public over the next few years.”

In private hands for over 40 years, the Aramont Library contains 1,700 volumes, comprised of literary first editions, illustrated books, exhibition bindings, finely bound author collections and books by some of the most important artists of the 19th and 20th centuries. It includes rich examples from the livre d’artiste (books by artists) movement of the 20th century.

The library began in the early 1980s with the addition of modernist literature volumes. The collection grew to include signed and inscribed first editions by some of the most notable authors of the 19th and 20th centuries, including Albert Camus, Ernest Hemingway, Oscar Wilde and Virginia Woolf.

Other treasures include three variant first editions of James Joyce’s Ulysses, which include signed letters by Joyce and a rare copy of Joyce’s 1920 schema for his “damned monster novel,” as well as first editions of Dr. Seuss’ Cat in the Hat, L. Frank Baum’s Wizard of Oz and W.E.B. Du Bois’ Souls of Black Folk.

The modern illustrated books in the Aramont Library are equal parts art and literature, and include works by artists central to the avant-garde book arts movement, including Raoul Dufy and Pablo Picasso. The library’s assemblage of livres d’artiste includes work by artists that span from the 18th to 20th centuries, ranging from the Baroque period’s Francisco Goya to the geometric Cubism of George Braque.

The latest issue of the Library of Congress Magazine features the Aramont Library and some of the most distinctive examples of the library’s volumes. The magazine can be downloaded as a PDF in its complete form at no charge at loc.gov/lcm.

The public is invited to view an introduction to the Aramont Library in the coming months with a collection of videos hosted by curators on the Library’s social media channels. A virtual symposium on the Aramont collection and modern book design will be held at the end of 2021.

The donation of the Aramont Library will ensure its preservation in a public institution and reinforces the Library of Congress’ role as an international leader in the study of literature and the history of the book.