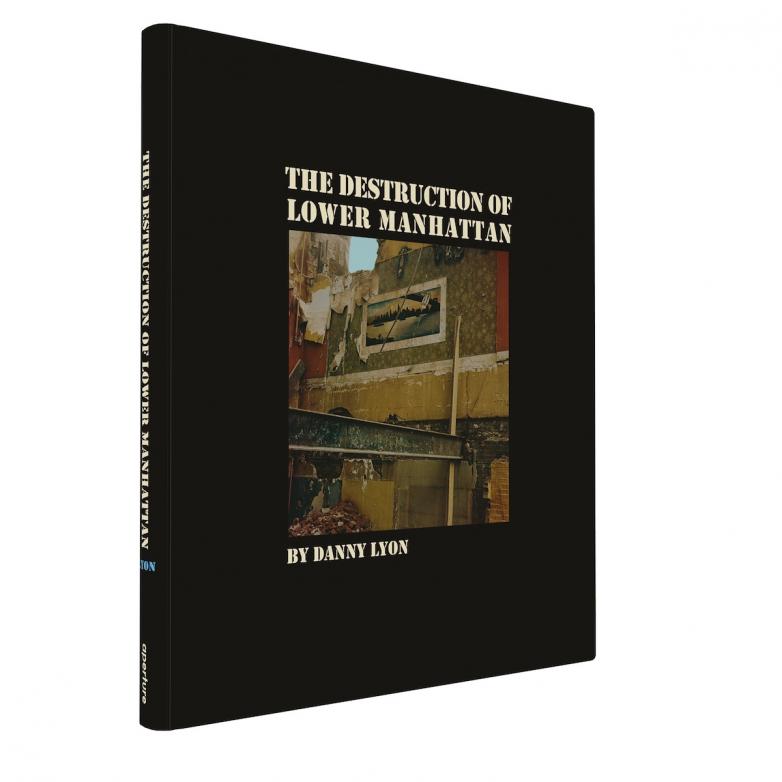 Courtesy of the Aperture Foundation

New York — Aperture, in partnership with Fundación ICO, announces the release of Danny Lyon’s The Destruction of Lower Manhattan, first published in 1969 and now republished in this facsimile edition.

Lyon’s visual essay is a singular, lasting document of the demolition of nearly sixty acres of downtown, mostly nineteenth-century New York architecture. Aperture’s reissue retains the power of the original, while bringing a chapter of New York history back to life at a time when the city begins to reimagine itself once more. In 1966, after completing his series The Bikeriders, Lyon settled into a downtown loft, becoming one of the few artists to document the historic changes taking place in downtown Manhattan. Development plans included the construction of the World Trade Center, an access ramp to the Brooklyn Bridge, expansion of Pace University, and growth of new businesses and housing.

The photographs Lyon took represent a fierce, irreplaceable report of doomed facades and empty interiors. Intermingled with the architecture are portraits of individuals and the demolition workers who, despite their assigned task, emerge as the surviving heroes. Through his striking images and accompanying texts, Lyon paints a portrait that still appeals to our emotions.

Compiling panoramic images, architectural views, and humanistic portraits of demolition workers, Lyon’s series serves both as document of and a tribute to a transitional moment in the history of New York City. Fifty years later, Lyon’s work continues to resonate with moral power.

An exhibition of The Destruction of Lower Manhattan will be on view at Museo ICO in Madrid until January 17, 2021.