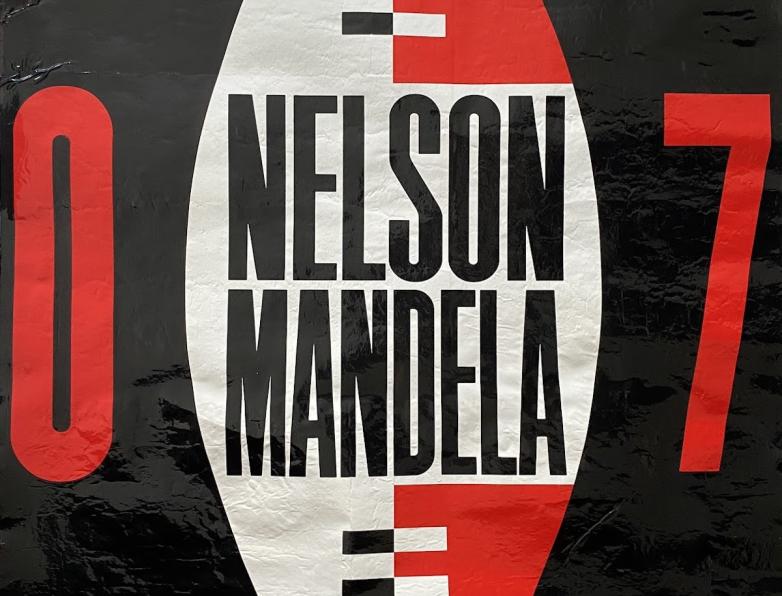 Nelson Mandela 70th Birthday Tribute. An original color-printed section/poster removed from the front of the stage area after the concert held on June 11, 1988 at Wembley Stadium, London.

Connecticut — The online preview to AntiquarianAuctions.com latest US sale will run from the 27th July until the 3rd August. At 12.30pm EDT on the 3rd the sale will open for bidding: bidding will close for all lots at 12.30pm EDT on Wednesday 10th August.

Some highlights include a Nelson Mandela souvenir, collected on the 11th June 1988 from the front of the stage at Wembley Stadium after the 70th Birthday Tribute: the “biggest and most spectacular pop-political event of all time” (lot 1, reserve 500); lot 14 is an exceptional copy of a late edition of ‘The Speaking Picture Book’ (reserve $800), it was issued with 12 different sounds (a cock, donkey, sheep and lambs, birds, cow, cuckoo, goat and ‘Papa and Mamma’) : unusually all of them still work, but most unusual of all it is safely ensconced in its original cardboard shipping box, labeled on the upper cover. Lot 8 is an unpublished / unmade c. 1940 script by Scottish/Canadian author Robert Watson: some explanation of the title "The Beloved Philanderer" is given by the subtitle "A Romance of the Four Great Loves of Robert Burns." It is perhaps misleading to call it a script as it consists of over 430 pages, as opposed to the modern standard of 120 pages! (reserve $1500).

The earlier manuscript material is also strong: lot 2 is a receipt book kept by a hard-working entrepreneur in New York city: a Paris-trained artist/architect/builder/painter he records a large range of financial transactions between June 1797 and November 1803 (reserve $900). Lot 4 is an album which probably encompasses every continent (except Antarctica?): over 70 or so years the Crawshaw family met a great many missionaries, reformers and churchmen. And they appear to have persuaded a great many of them to inscribe at least their name and a date, but, usually more into a beautifully-bound morocco album (res. $800).

Literature is not forgotten: leatherbound sets predominate but ‘modern’ also features: a fine copy of an early impression of the US edition of Agatha Christie’s The Murder of Roger Ackroyd – the cover knocks spots off its UK rival (lot 54 reserve $250)

Photographs, both singly and in albums also feature: the most memorable is probably the album which was probably assembled by a member of Murray-Prior family, but features a good selection of British and European Royalty and aristocracy (lot 13 reserve $290)

To summarize: there is lot to enjoy in this entertaining 230-lot sale. A high-summer spectacular / beach-bidding opportunity sans pareil awaits. See AntiquarianAuctions.com US sale #12 to both preview and bid, the catalogue alone can also be found on LiveAuctioneers.com (bids cannot be accepted via this site). For more details, please contact Adam Langlands (adamlanglands@gmail.com).