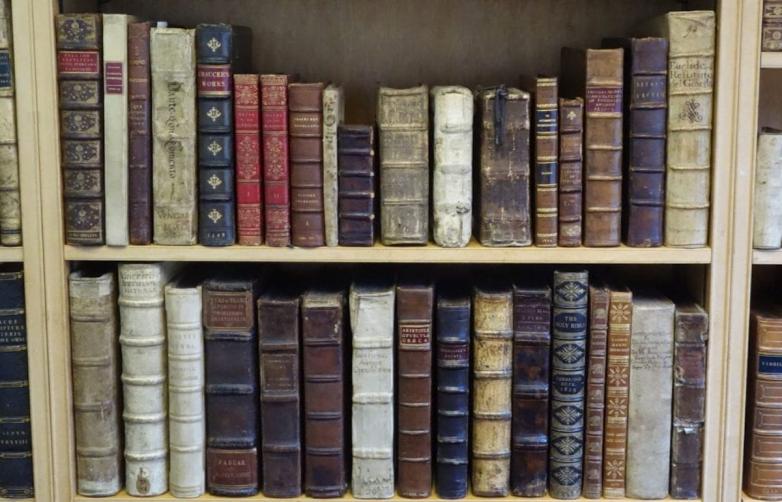 London — The winner – Alexandra Plane – and six other finalists have been announced for this year’s Anthony Davis Book Collecting Prize, which aims to encourage students at an early stage of collecting physical books, manuscripts and printed material.

The competition is open to any student studying for a degree at a London-based university, and this year received a record-breaking 64 applications – the largest number in the prize’s history. Universities represented included Birkbeck, Queen Mary University of London, Goldsmiths, SOAS, King’s College London, and UCL which hosted the prize for the first time this year.

Despite the pandemic, students applied from wherever they found themselves during lockdown, from Norway to Texas, Bulgaria to China, Vienna to North Wales, with many applicants unexpectedly reunited with, or separated from, their collections.

Finding the collectors of the future

The guidelines of the competition specify that ‘the intention is to encourage collecting and we expect that applicants’ collections will be embryonic, so their size, age and value are irrelevant. What is much more important is the enthusiasm and commitment of the collector, the interest of the theme and the vision of how the collection will be developed’. But selecting a winner from so many applicants was a challenge.

After a process of longlisting, shortlisting and interviews, the judges have chosen Alexandra Plane for ‘Books that built a zoo’: her collection of works by Gerald Durrell. Alexandra is studying for an MA in Library And Information Studies at UCL.

The other finalists were:
•    Imogen Grubin for her collection of early 20th-century editions of Victorian literature
•    Blake Harrison who collects material on James Joyce’s Ulysses
•    Jiayue Liu for a collection of early 20th-century English Private Press editions
•    Naomi Oppenheim who collects editions produced by Black British publishers in the mid 20th century
•    Bori Papp for her collection of Hungarian translations of English literature illustrated by the artist Piroska Szántó
•    Kit Rooney for a collection of hand-written inscriptions in books.

Join us for this summer’s UCL Rare-Books Club Online, every Tuesday lunchtime, to hear the winner and finalists discuss their collections and present some of their books, starting on 14 July with Alexandra Plane, introduced by Anthony Davis.

The judges included representatives of the UK’s Antiquarian Booksellers’ Association, the UK’s Bibliographical Society, and Senate House Library who hosted the prize last year, as well as UCL Special Collections.

For the Special Collections team, it was also a great pleasure to collaborate this year with the founder of the prize, Anthony Davis, and to share his inspiring enthusiasm for books and collecting with the students. We hope many of them will continue to develop and cherish their collections long into the future.

You can read more about this year’s winner here: https://www.ucl.ac.uk/information-studies/lis-student-awarded-antony-davis-book-collecting-prize