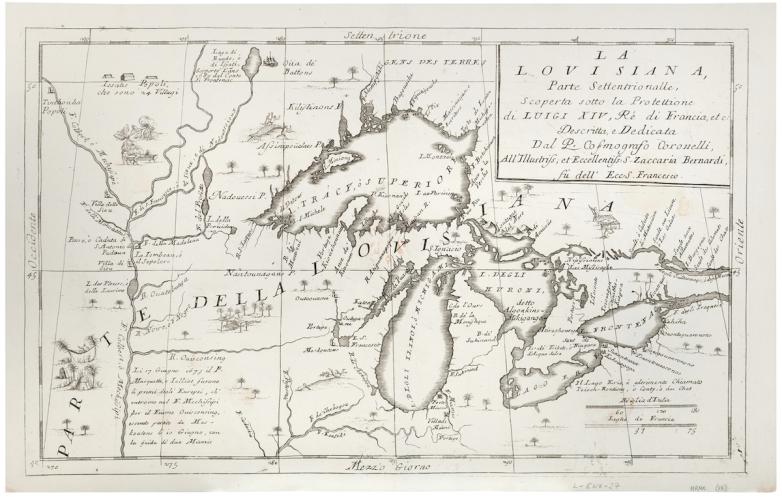 Chicago — Potter & Potter Auctions is pleased to announce this 600+ lot sale to be held on Saturday, February 26th starting at 10am CDT. The event will be held online and live streamed, with a limited number of bidders physically allowed in the gallery as determined by current Illinois public health attendance guidelines. Please call the auction house, located at 5001 W Belmont Avenue in Chicago, at 773-472-1442 to reserve seats. Bidding will take place through Potter & Potter's website, at www.potterauctions.com. Phone and absentee bids are also welcome. All items are available for in-person preview, by appointment only.

Tomes from the 18th century onward take several of the top lot slots at this important book event.

·       Lot #92, Ethan Allen's (American, 1738–1789) A Narrative of Colonel Ethan Allen’s Captivity from the Time of his Being Taken by the British, near Montreal, on the 25th day of September, in the Year 1775, to the Time of his Exchange, on the 6th day of May 1778: Containing his Voyages and Travels… Interspersed with Some Practical Observations. Written by Himself, and now Published for the Information of the Curious in all Nations, is estimated at $40,000-60,000. This amazing and extraordinarily rare example was printed in Philadelphia and reprinted in Boston by Draper and Folsom in 1779. It is bound in full red morocco and detailed with scrollwork cornerpieces; gilt borders, dentelles, and edges; a gilt–lettered spine; marbled endpapers; and a gilt stamp, signed by W. Pratt. This museum-quality, second edition has the distinction of being only copy offered at auction since 1909 when it traded hands at Henkel's Clarence H. Clark sale on November 30, 1909 - 113 years ago!

·       Lot #377, Tales of a Thousand and One Nights; [or], The Arabian Nights’ Entertainments, is estimated at $7,000-9,000. Translated by Edward William Lane (British, 1801–1876), this exceedingly desirable set is considered to be the standard and comprehensive English translation of this work in its original monthly parts. It was printed in London by Whitehead and Co. for Charles Knight & Co. in 1838–1841. The work is illustrated with woodcuts by English artists after original designs by William Harvey and retains its original publisher’s printed pictorial wrappers; cloth chemise; and morocco–backed slipcases. The set has full provenance and includes the Part X supplement that is lacking in the only other known set held at the Pierpont Morgan Library in New York City.  The last set issued in parts that our experts could locate at auction sold in 1920 at Anderson Galleries.

·       Lot #397, John Milton's (British, 1608–1674) The Poetical Works of...with a Life of the Author by William Hayley, is estimated at $5,000-7,000. This three volume set was printed in London in 1794–97 by W. Bulmer and Co. for John and Josiah Boydell. Each volume is bound in red morocco and is decorated with double raised bands, gilt tooling and lettering, gilt edges and dentelles, and marbled endpapers. The trio is copiously illustrated, including  portraits of Milton by W.N. Gardner after Cornelius Jansen and after Vertue; an engraved portrait of Milton and his daughters by Benjamin Smith after George Romney; 28 copper–engraved plates after R. Westall; proofs before all letters of all of Henri Fuseli’s engravings of Paradise Lost;  and 13 extremely rare engravings after Stothard by Bartolozzi. According to our experts, this set is probably the grandest and rarest extra–illustrated copy of Milton ever assembled.

·       Lot #293, a first American Edition and early state copy of  Samuel Langhorne Clemens' ("Mark Twain") (American, 1835–1910) The Adventures of Huckleberry Finn, is estimated at $10,000-15,000. It was published in 1885 in New York by Charles L. Webster and Company. This absolute gem is bound in its original publisher’s green gilt–decorated pictorial cloth and presented in a custom aniline folding box, embossed with a silhouette of Huck Finn. This extraordinary example has provenance to Henry A. Hall as noted in a neat signature dated 1885 on its front free endpaper. This breathtaking, near pristine copy retains its original glossy finish and gilt and has no wear to its inner hinges. According to our experts, this is the finest well–preserved copy on the market, without the usual faults seen with this title.

·       Lot #272, Gaius Julius Caesar's, (100–44 BCE) The Commentaries of Caesar, Translated into English. To Which is Prefixed a Discourse Concerning the Roman Art of War, is estimated at $6,000-8,000. This First Duncan Edition was translated from the Latin from Samuel Clarke’s 1712 edition that was issued with the same amount of plates. This amazing example was translated by William Duncan and includes a dedication to the Prince of Wales. The book is illustrated with 86 engraved plates, including The famed double–page “Bull” Plate (“The Ursus or Buffalo”) - which often lacking. This tome is bound in contemporary English calf and is from the private library of a distinguished Chicago area book collector.

·       Lot #312, a presentation copy of Aleister Crowley's (British, 1875–1947) Konx Om Pax. Essays in Light, is estimated at $5,000-7,000. This fabulous work was published in London and Felling–on–Tyne in 1907 by the Walter Scott Publishing Co. in an edition size of 500; this is number 130. This example is printed on handmade paper, bound in the original publisher’s gilt–decorated cream buckram, and is personally inscribed by Crowley to an unknown recipient. Crowley was a noted author, poet, and magician, who founded Thelema, a religious and spiritual philosophy based on esoteric and occult beliefs.

·       Lot #551, The History of Reynard the Foxe translated by William Caxton, is estimated at $5,000-6,000. It was edited by Henry Halliday Sparling and printed in Hammersmith by Kelmscott Press in 1892. This limited edition is one of 300 copies on Flower paper from a total edition of 310 copies published by William Morris. It is printed in Troy type in red and black and has a woodcut title page and facing page with full woodcut page border, 8 line and smaller initials, and numerous partial borders. It retains its original limp vellum, yapp edges, gilt–lettered spine, silk ties, and slipcase.

This sale comes full circle with unusual and collectible maps, including a number of extraordinary examples related to the Great Lakes region.

·       Lot #131, Vincenzo Coronelli's  (Italian, 1650–1718) engraved map from 1695, is estimated at $7,000-9,000. This example, one of the earliest and most important obtainable maps of the Great Lakes and the headwaters of the Mississippi, measures 286 x 444 mm. Drawing upon the reports of the fur–traders and the Jesuit Missionaries, Coronelli’s map shows the northern part of the French trans–Appalachian territory of Louisiana and a remarkably accurate outline of the Great Lakes. According to Goss, this is considered “the best separate map of the five lakes published during the seventeenth century."

According to Christopher Brink, Potter & Potter Auctions' Director of Fine Books and Manuscripts, "We are very excited with the amount of rare and important material that we continue to offer. It is a testament to the incredible work that our team puts in, day in and day out, and the great trust that our consignors bestow upon us with their collections. Last year was an impressive year for our book department as we shattered many auction records and had a combined 95 percent sell–through rate on the 1,221 lots offered. Now, we have ambitious goals for 2022.”