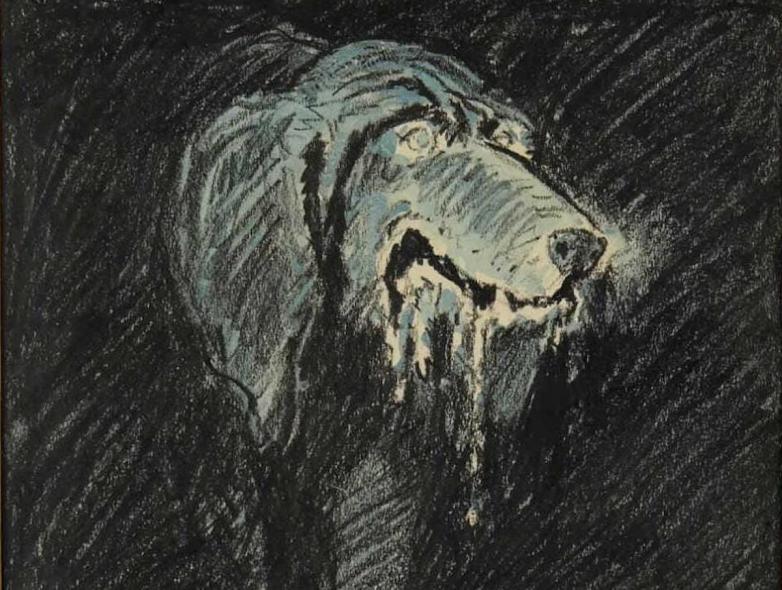 Book categories include early printings, fine bindings, travel and exploration books; and more. The selection of desirable illustrated books includes a 1980 inscribed copy of Satan in Goray, Ink and Blood by Isaac Bashevis Singer, with 40 text illustrations and 10 original, pencil-signed copperplate etchings by Ira Moskowitz. Additionally, the book’s slipcase houses 10 loose copperplate etchings, also signed by the artist. Published by Sweetwater Editions, New York, the book is one of 50 copies bound in full morocco with gilt. Estimate: $800-$1,200. Another notable entry is a copy of Walt Whitman’s Leaves of Grass, one of 1,000 copies and signed by its illustrator, Rockwell Kent. Estimate: $300-$500

A remarkable 1605 first edition of Sir Francis Bacon’s The Twoo Bookes…, London: [Thomas Purfoot and Thomas Creede] for Henrie Tomes, discusses the “proficience and advancement of Learning, divine and humane.” In very good condition, bound in modern leather with mounted contemporary boards, it is estimated at $3,000-$5,000.

A copy of Aldous Huxley’s classic dystopian sci-fi novel Brave New World (Chatto & Windus, London, 1932) is signed by the author on the front flyleaf and dated 1956. The book is blue cloth with an unclipped, strikingly visual dust jacket. Estimate: $800-$1,200

In its July 8 sale Quinn’s is pleased to present items from the collection of Eric Robinson, a noted scholar, editor and expert on the poetry of John Clare (1793-1864), arguably the greatest laboring-class poet England ever produced. An 1820 first edition of Clare’s Rural Life (Taylor and Hessey, London), which is descriptive of early 19th-century life in the English countryside, will be offered with an $800-$1,200 estimate.

Books about viticulture and wine appreciation from the library of Philip and Margo Jacksich are also featured. Within the respected collection’s holdings is a seven-volume set of Viala & Vermorel's Ampelographie, which deals with a particular field of botany whose focus is on the identification and care of grapevines. Published between 1901-1919, the volumes contain 500 chromolithographic plates and 70 uncolored lithographic plates. Estimate: $4,000-$6,000

The aforementioned unpublished sketch for The Hound of the Baskervilles – Sir Arthur Conan Doyle’s third of four crime novels to feature detective Sherlock Holmes – is appropriately titled The Slavering Hound. Frederic Dorr Steele’s two-color image of a drooling dog is executed in crayon and watercolor on paper, measures 10 by 9 7/8 inches (sight), and is estimated at $800-$1,200. Additionally, the art category includes figural and nude sketches created by Allyn Cox (American, 1896-1982), an accomplished artist best known for his works in the U.S. Capitol and the George Washington Masonic National Memorial in Alexandria, Virginia. Each of the nine Cox lots is estimated at $200-$300.

Autograph highlights include Presidential appointments and grants signed by John Quincy Adams, James Madison and Ulysses S. Grant. The Grant document, signed on May 23, 1872, certifies the appointment of Leonard Davis to the position of Pay Inspector for the U.S. Navy. It is also signed by then-Secretary of the Navy George Robeson. Estimate: $800-$1,200.

Another important lot from the auction’s political category is a 1962 first edition of Robert F. Kennedy’s book Just Friends and Brave Enemies (Harper & Row). In near-fine condition with dust jacket, the book is personally inscribed by Kennedy – who, at the time, was US Attorney General – to Stuart Symington, the U.S. senator from Missouri who unsuccessfully challenged Kennedy’s brother, John, for the Democratic presidential nomination (1960 election). The book’s inscription reads: “For Senator Symington, With the high regard of his friend, Bob Kennedy.” Estimate: $800-$1,200

Three fascinating 17th-century maps engraved and hand-colored by Henricus Hondius II (Dutch, 1597-1651) will cross the auction block on July 8. Among them is Nova Virginiae Tabula, a 1633 hand-colored, engraved map derived from John Smith’s 1612 map of Virginia. A first impression with French text on verso, it is attractively framed and offered with a $1,200-$1,600 estimate.

From the tremendously popular space memorabilia category, an Apollo 11 folk art display with signatures of Neil Armstrong, Michael Collins and Buzz Aldrin will be offered with an estimate of $1,500-$2,500. The presentation is bordered with first-issue Apollo 11 stamps and reproduction photos of the Apollo moon mission.

Quinn’s Thursday, July 8, 2021 auction will start at 2 p.m. ET. All bidding will be remote, either by phone, absentee online through Quinn’s website www.quinnsauction.com, or live via the Internet through LiveAuctioneers or Invaluable. For additional information about any item in the auction or to discuss a future consignment, call Catherine Payling at Quinn’s, 703-532-5632, or email [email protected] Visit Quinn’s online at www.quinnsauction.com.