100 Items From the Personal Collection of RBG to be Auctioned 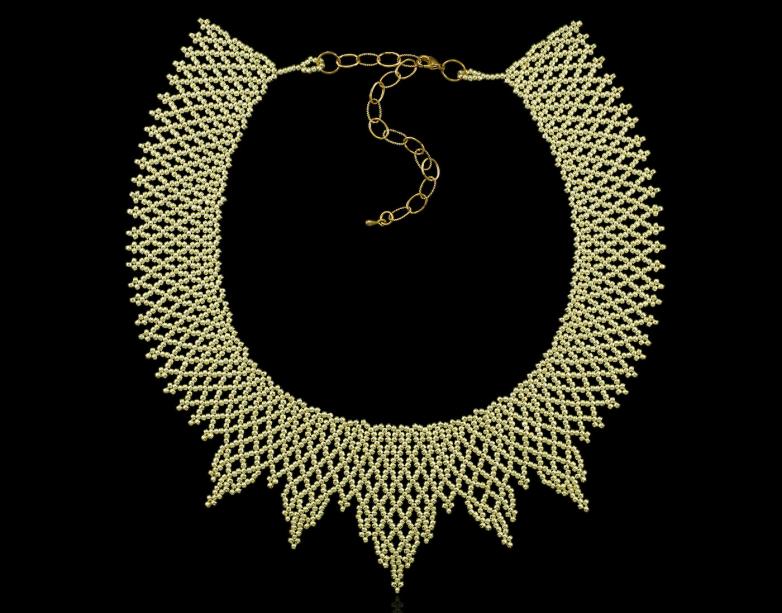 Los Angeles – Offering nearly 100 personal items including rare, signature fashion pieces, such as lace gloves and the only two collars being made available to the public, Bonhams is pleased to announce its second and final auction from the collection of the late U.S. Supreme Court Justice Ruth Bader Ginsburg. Proceeds from the auction will form the basis of The RBG Endowment Fund, a charitable fund established by SOS Children’s Villages, the world’s largest organization dedicated to caring for children without parental care or who are at risk of losing it. In January 2022, Bonhams’ white glove sale of the Justice’s personal library smashed pre-sale estimates, reaching $2,354,510 overall, and brought in more bidders than any other online auction in Bonhams’ history. Personal Property of Justice Ruth Bader Ginsburg will run online at www.bonhams.com from Wednesday, September 7 to Friday, September 16 – in time to celebrate Constitution Day and mark the second anniversary of Justice Ginsburg’s passing.

“We’re honored to bring the final public offering from Justice Ginsburg’s estate to auction, following the extremely successful sale this past January,” commented Catherine Williamson, Vice President/Director of the Fine Books & Manuscripts department. “This sale is a perfect complement to the first, offering another chance for her fans to own some of her most iconic and talismanic belongings.”

A pioneering legal powerhouse, Justice Ginsburg is remembered not only for her trailblazing time on the Supreme Court, but also her fashion statements. Serving on the country’s highest court for 27 years, Justice Ginsburg styled her judicial robes with bold collars. Her strong convictions in the courtroom fighting for equality and human rights became associated with her uniquely personalized apparel. Many of Justice Ginsburg’s collars have been donated to major museums. Presented in this sale is one of her favorites, given by her former law clerks in 2018, a collar embroidered with a quote from her late husband Marty Ginsburg: “It’s not sacrifice, it’s family,” offered at $3,000 – 5,000. Also offered in the sale is a beaded gilt collar estimated at $3,000 – 5,000. In addition to collars, gloves were another signature accessory the Justice would wear and were front and center in her iconic portrait for Time’s “100 Most Influential People” (2015). One black and one cream pair belonging to Justice Ginsburg will be offered, each estimated at $1,000 – 2,000. When not in her judicial robes, Justice Ginsburg often wore tailored pants with an elegant shawl. Offered in the sale is one of her favorite shawls, bought in Santa Fe, New Mexico, one of her two annual opera-going destinations. The Nepalese embroidered shawl was worn by Justice Ginsburg countless times, including a 2017 visit backstage at the Santa Fe Opera's production of Lucia di Lammermoor (estimate: $1,500 – 2,500).

“My mother made The New York Times’ Style section and People’s ‘Worst Dressed’ list in the same year, the latter accusing her of ‘a crime of fashion,’” remembered James Ginsburg, Justice Ginsburg’s son. “While her sartorial choices may have caused controversy in some circles, it’s wonderful to see the broad reach of her ideals and reasoning and how much she is loved and appreciated.”

While her fashion made statements, Justice Ginsburg’s gavel held true power and the chance to purchase a gavel owned by the second woman to sit on the Supreme Court is a once-in-a-lifetime opportunity. Offered in the sale at $1,500 – 2,500 is a wooden gavel from Justice Ginsburg’s chambers, most recently used at a 2nd Circuit Court conference in Saratoga Springs, New York. Additional items from her long legal career include a Book of Obama’s Visit to the Supreme Court (estimate: $500 – 700) and a photograph of members of the 1957-58 Harvard Law Review taken on the steps of Austin Hall (estimate: $300 – 500).

The auction also gives a glimpse into Justice Ginsburg’s personal life by presenting many items she cherished. A lover of opera, Justice Ginsburg treasured her black and gold opera glasses, engraved with "Southern District of New York" (estimate: $300 – 500). At home, Justice Ginsburg displayed a Votes for Women Seven Piece Tea Service gifted to her by her clerks, a reproduction honoring the suffragette tea party at Marble House, Newport, Rhode Island in 1914 (estimate: $300 – 500), as well as a marbled checkerboard plate, which can be seen in the 2018 documentary “RBG” (estimate: $200 – 300). Justice Ginsburg’s pop-culture fandom exploded after being dubbed “Notorious RBG” in 2013 by NYU law students Shana Knizhnick and Irin Carmon in a Tumblr meme and dramatized in the movie “On the Basis of Sex,” written by her nephew Daniel Stiepleman. Memorabilia sent by fans was a source of joy and amusement to the Justice, including a Framed "Dissent" Silhouette that she proudly hung in Chambers (estimate: $1,500 – 2,500). Another item proudly displayed in her Chambers was a signed poster commemorating “RBG”, the hit biopic by Betsy West and Julie Cohen will be offered for sale (estimate: $500 – 700).

“One of the things that particularly appealed to my mother-in-law about opera plots – just like life – was the way issues of justice played out. We shared an admiration for Bryan Stevenson’s deduction that ‘the opposite of poverty is justice,’” says Patrice Michaels, Justice Ginsburg’s daughter-in-law and member of the SOS Children’s Villages USA Advisory Board. “The RBG Endowment Fund will continue my mother-in-law’s legacy of trailblazing service for years to come, fortifying the people and systems that support the next generation of notorious thinkers and doers.”

Each year, 5.5% of The RBG Endowment Fund will be directed to one or more specific programs in the SOS Children’s Villages portfolio. Non-political and non-sectarian, SOS Children’s Villages’ holistic programs are designed to ensure sustained impact and focus on children and their families across all aspects of life, as well as strengthening the communities in which they live.

“SOS Children’s Villages is humbled by the patronage of such an iconic figure. Justice Ginsburg worked long and passionately for her values,” says Cameron Schmidt, Chairman of the SOS Children’s Villages USA Board of Directors. “We hope her inspiring example will encourage engagement in this campaign and support from her admirers to continue her legacy of caring for those in need – in our case, millions of vulnerable children around the globe.”