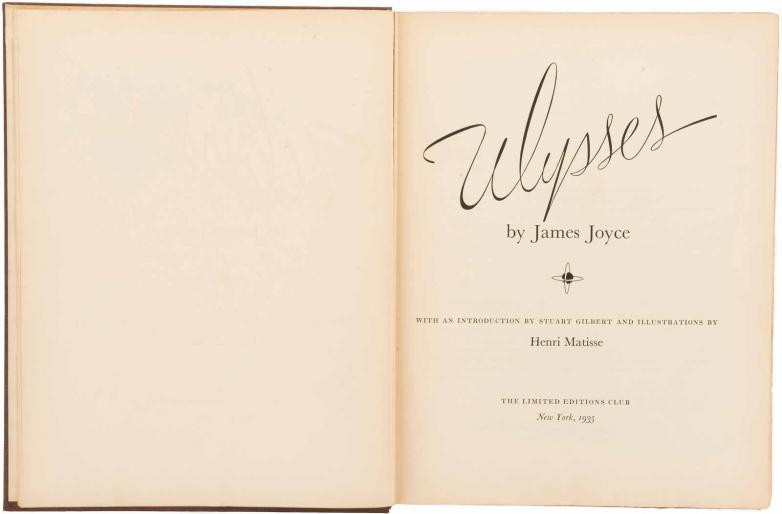 Highlights include a limited edition of the 1,500 copies of the play “Ulysses” by James Joyce, edited in 1935 by The Limited Editions Club, illustrated by Henri Matisse, one the most renowned painters of the 20th century. 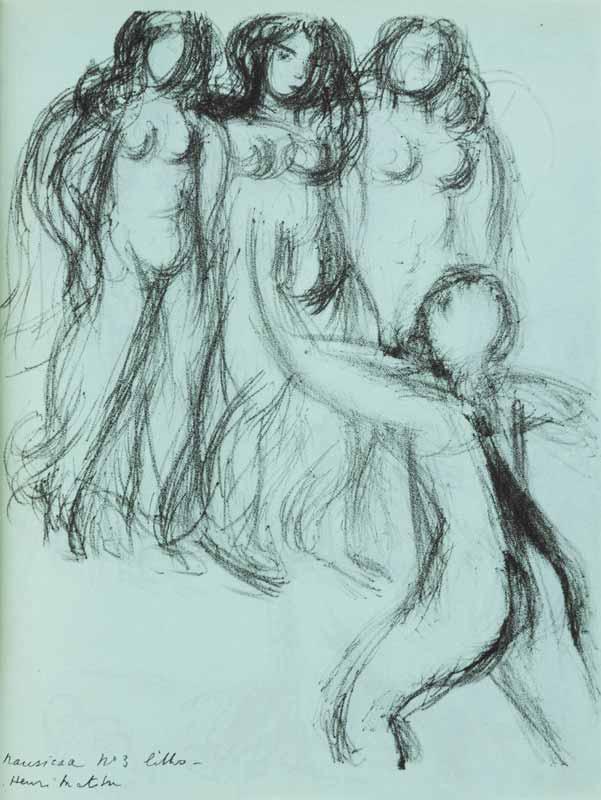 Morton Subastas’ Department of Books and Documents is proud to welcome you to its upcoming auction featuring books from the renowned collection of Don Lorenzo Zambrano. This collection includes an interesting and varied selection of titles that cover a wide range of genres, including literature, art, music, philosophy, science, politics, and history.

Featured among them is the 1935 edition of James Joyce’s play, “Ulysses” by the Limited Editions Club (estimated at $30,000 - $40,000 MXN), which has the distinct uniqueness of having been illustrated by Henri Matisse, one of the great painters of the 20th century, whose signature can be found in this volume. Fascinatingly, it also includes 26 sketches that allow us to observe and appreciate the evolution of the drawings the artist created for this edition. It is also worth mentioning that “Ulysses” by James Joyce is considered by critics as the 20th century’s best novel written in the English language, and its influence has made it the subject of numerous studies and controversies.

Isaac Asimov is another of the authors whose works are featured in this auction. Both a writer and a biochemist, the Russian-American author is considered to have been one of the great science fiction writers of the 20th century. The featured books include “The Foundation Trilogy”, his most famous work, and “Prelude to Foundation” (estimated at: $7,000 - $9.000 MXN), both by the Easton Press Editorial, signed by Asimov himself.

Another unique book in this selection is Lewis Carroll’s novel, “Through the Looking-Glass”, a continuation of “The Adventures of Alice in Wonderland”, a 1935 edition by The Limited Editions Club (Estimated at: $30,000 - $40,000 MXN). This edition has the singularity of having been signed by Alice Hargeaves, neé Liddell, who not only was a childhood friend of Carroll’s, but actually inspired the creation of the main character.

Finally, the auction will also be showcasing a selection of autobiographical books signed by distinguished musicians of the 20th century. Among them is B.B. King, the “King of Blues”. Considered to be one of the most influential musicians of all time, his experiences can be found in the book, “Blues All Around Me”, published by The Easton Press in 1996 (estimated at: $4,000 - $6,000 MXN).

For a more detailed overview of the lots featured in the upcoming auction, please feel free to familiarize yourself with our online catalog. Morton Subastas will also be happy to welcome you in our auction hall, Cerro de Mayka 115 esq. Sierra Paracaima, Lomas de Chapultepec, Mexico City.