The Woodcuts of Viva Talbot

One of my first purchases as a new rare book dealer was a curious portfolio of 15 woodcuts entitled Steel Making: Woodcuts by Viva Talbot, a woman I had never heard of. I bought it for several hundred British pounds, and rather surprisingly, it became one of my first sales at the Brooklyn Antiquarian Book Fair two weeks ago. I sold it for what I now realize is a reasonable sum to a research library at a university in the United States with a deep interest in the history of steel making.

The portfolio contained 15 woodcut prints of scenes depicting the iron mining, smelting, and extraction processes. Talbot was the daughter of Benjamin Talbot, managing director of both the Cargo Fleet Iron Company and the South Durham Steel and Iron Company. She made the prints in the 1930s as an untrained but clearly talented artist who had special access to her father's industry. A quick Internet search proved that Viva Talbot was a forgotten and underacknowledged artist until recently, when Dr. Joan Heggie rediscovered her in 2006 and determined to do everything she could to bring her work to light. As a project manager for the British Steel Archive Project, Dr. Heggie launched an exhibition at the Dorman Musuem in Middlesborough in 2010.

The edition of prints I purchased was black and white and unsigned except for a printed signature, and folded in a sheet of paper with a string. It was a simple and unassuming package containing incredible work by a woman who had little-to-no acknowledgement for her documentary art until recently. As a bookseller interested in bringing women's work to light, it was validation of exactly why I have entered the trade. Not all books or work I sell will end up in a university, but when they do, it feels less like a business transaction and more like a preservation of history.

Image of Viva Talbot via Wikimedia

END_OF_DOCUMENT_TOKEN_TO_BE_REPLACED 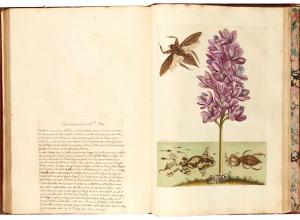