Peek into the Bodleian's "Obscene" Books

For the first time, one of England's most famous libraries offers a peek into its restricted "Phi" collection, i.e. books once labeled "obscene" or "improper" and kept from public view. The Story of Phi: Restricted Books, which opened today at the Bodleian's Weston Library, "explores changing ideas about sexuality and censorship," according to a press release issued by the library. Among the 3,000+ volumes in the "Phi" collection are a signed first edition of Lady Chatterley's Lover, a first edition of The Picture of Dorian Gray, The Pop-Up Kama Sutra, Madonna's book, Sex, and The Joy of Sex: A Gourmet Guide to Lovemaking by Alex Comfort, with illustrations by Chris Foss. They were, until recently, shackled by their shelfmark ? (the Greek letter Phi), a designation launched in 1882 by Victorian librarians to safeguard material deemed immoral for students to peruse (at least without a professor's letter of support).

Richard Ovenden, Bodley's Librarian, commented,"This display puts the spotlight on the fascinating but little-known Phi collection. It shows the varied and sometimes surprising functions that libraries perform in order to preserve culturally important works for the nation and reveals how librarians have navigated the tension between making materials available for scholarly research while also protecting readers and books."

The exhibition was curated by Jennifer Ingleheart, professor of Latin at the University of Durham. It runs through January 13.

END_OF_DOCUMENT_TOKEN_TO_BE_REPLACED 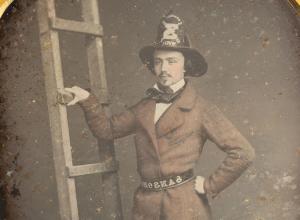 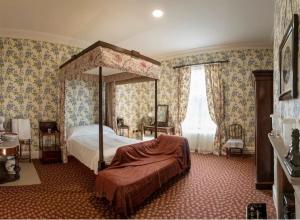