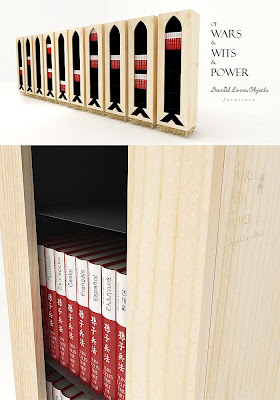 click to enlarge
"Of War & Wits & Power" is the latest from the Singapore-based industrial designer Daniel Loves Objects.
On its origin, Daniel says:

Driven by the recent crisis of certain countries who got very uptight over issues of being asked to disarm their missile test launched, their alarming action to remain hostile and persistent in their belief had stirred me to create this part of a furniture combination to depict their behavioral trait, a bookshelf with their golden army, strategically placed underneath, to uphold and to protect their ultimate plans, frozen in time for all to see. 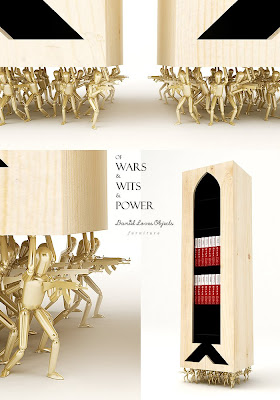 Got to love that 'military base'

Thanks to Coroflot for the lead