Modernism in Mexico got its start around 1910, fueled by insurrection and civil war that fell along both geographical and economic battle lines. By 1920, artists, journalists, and gallery owners began an exciting exchange of ideals and aesthetics with their counterparts in the United States, ushering in two decades of a dynamic cultural exchange.

On September 11, the Harry Ransom Center at the University of Texas, Austin, is unveiling a new exhibit dedicated to this transfer of ideas entitled, Mexico Modern: Art, Commerce, and Cultural Exchange 1920-1945. Over two hundred items pulled from the Ransom Center archives highlight the importance of this border-crossing cultural transfer where indigenous traditions fused with modern sensibilities, proving that art and ideals know no boundries, especially political ones.

Also available will be copies of the book Mexico Modern, published in conjunction with the Museum of the City of New York which includes essays by the show's curators and examines leading figures in this artistic and cultural movement.

We at FB&C hope our readers in Harvey's path are safe and dry. If you're looking for ways to help, The New York Times ran this article on how to donate to Harvey victims while avoiding scammers.

END_OF_DOCUMENT_TOKEN_TO_BE_REPLACED 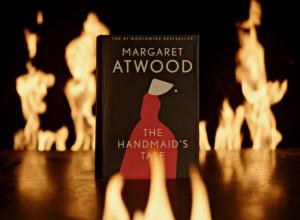 “Unburnable” Edition of The Handmaid’s Tale Heads to Auction
Dylan Lyrics Sold for $60,000+ at Auction
Rare Books &c. at Auction This Week