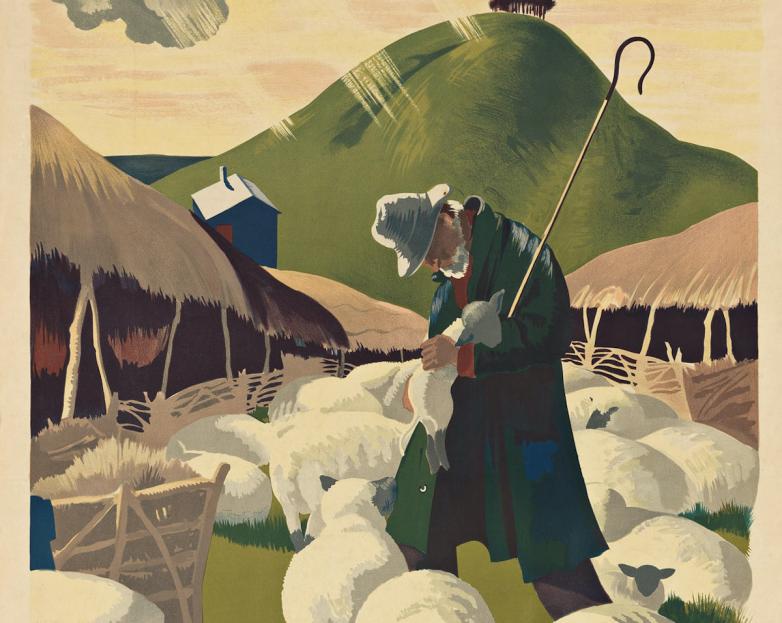 Detail from Week-End Walks, a 1938 poster designed by Clare Leighton and published by London Transport to advertise a book series.

Vintage posters with literary significance never cease to interest me, and one that is going to auction later today encouraged some enlightening research into a little-known artist. The poster was published by London Transport in 1938. It advertised a series called Country Walks, sold “at station bookstalls.” Flimsy paperbacks full of good information for tourists and native ramblers alike, the series thrived from the mid-1930s through 1980. 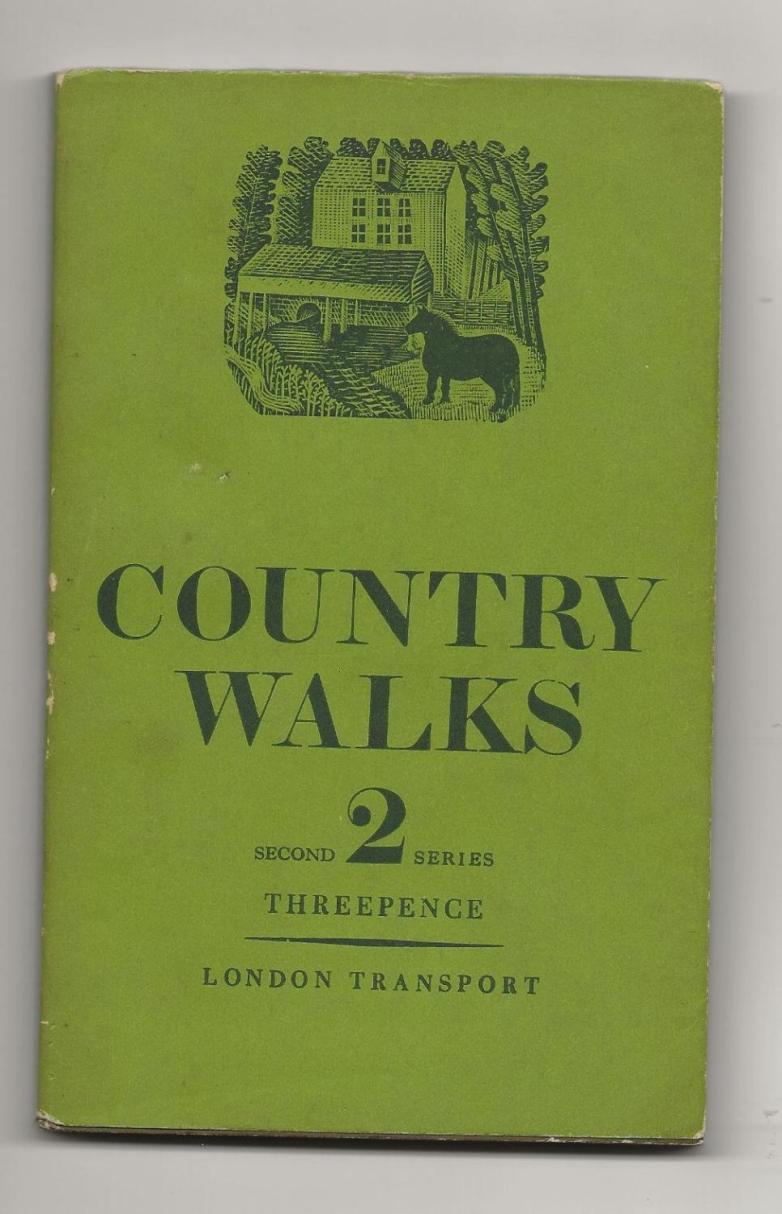 The books themselves are collectible now—not expensive, but collectible. Anthony Smith Books in London has what is “likely to be a complete collection” of 39 volumes for sale at £1,208 ($1,621). Individual copies of later editions can be found for a few pounds each, but the older ones are harder to find; a "Second Series," 1936, pictured at left, is priced at £95 ($127) with Cambridge bookseller Frances Wetherell.

Each volume features a pretty wood engraving by Eric Ravilious on the cover, and according to Anthony Smith’s listing, the series is “indelibly linked for collectors with the charming wood engravings by Eric Ravilious.” (By incredible coincidence, Ravilious was featured in a post last week about a current exhibition of his work at the Wiltshire Museum.) 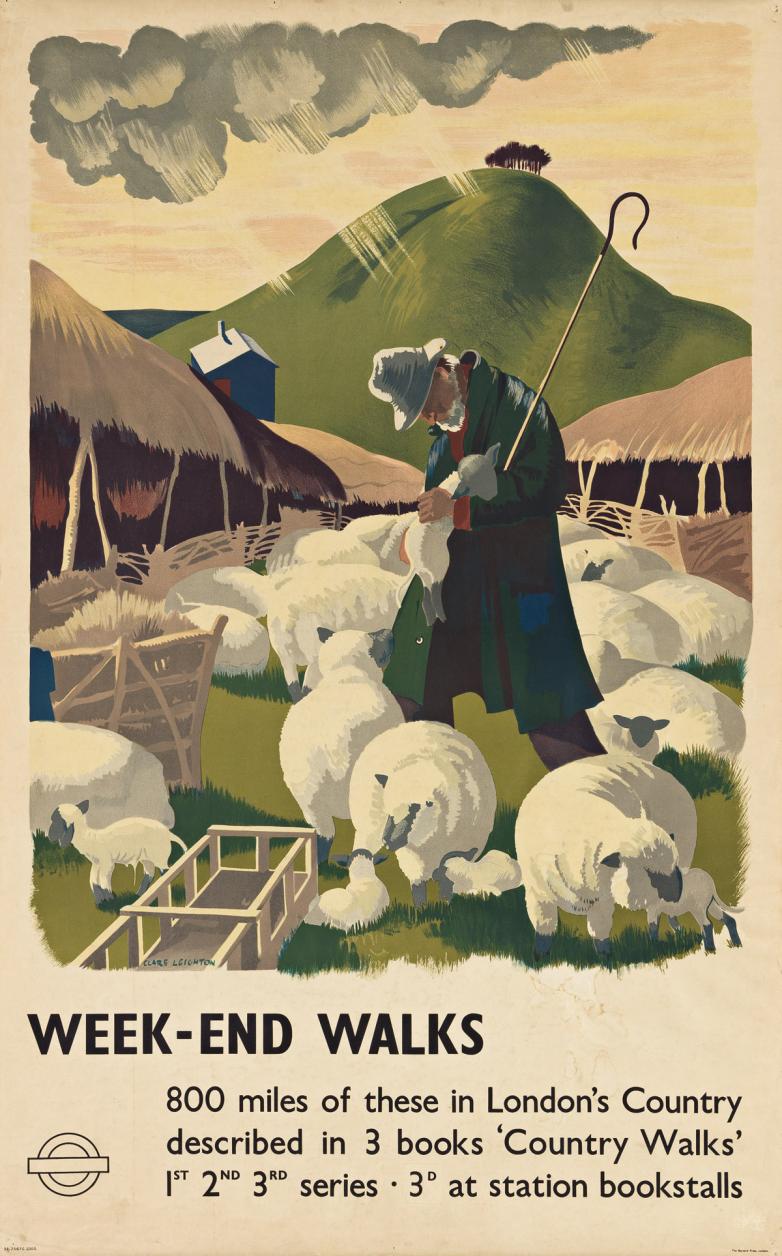 However, it was not Ravilious who created the art for this Week-End Walks poster. Instead London Transport called upon Clare Leighton (1898-1989), a London-born artist who emigrated to the United States after World War II and became a U.S. citizen. Leighton particularly excelled in woodblock prints, and she often chose to depict scenes of rural life. Her work appeared as book illustrations, bookplates, even designs for Wedgwood plates. A second London Transport poster of hers, The Country Now, is also headed to auction today.

Earlier this year, her Woman with Flowers, 1937, was highlighted in the Phoenix Art Museum’s exhibition, Out of Print: Innovations of 19th- and 20th-Century Printmaking. The National Gallery of Art has 26 of her wood engravings, many showing farmers and other physical laborers at work.

Leighton also wrote several books. According to Swann Galleries, “She was the first woman to produce a book on wood-engraving: Wood-Engraving and Woodcuts, 1932.” Another of her books is a pseudo biography based on her eccentric mother titled—and oh, what a title!—Tempestuous Petticoat: The Story of an Invincible Edwardian (1947).

Leighton lived a long and productive creative life, and while she may be known to print collectors, book collectors might also like to get to know her work.