Book collectors can be obsessive types. I'm reminded of the movie "The Conspiracy Theory," in which Julia Roberts' character, upon entering the apartment of Mel Gibson's character, finds a multitude of copies of J.D. Salinger's Catcher in the Rye and is a bit taken aback by his obsessiveness.

Walk into the home of Bill Ewald and you'll see an obsession he's developed all on his own. He has upwards of 700 copies of Two Years Before the Mast, written by Richard Henry Dana Jr. and first published in 1840. The Auburn Journal profiles Ewald, here.

It begs the question then - what's the one book you keep collecting? For me, I once was smitten by this book.

END_OF_DOCUMENT_TOKEN_TO_BE_REPLACED 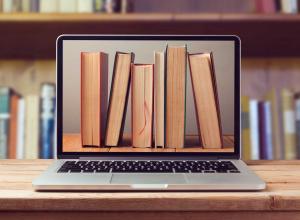